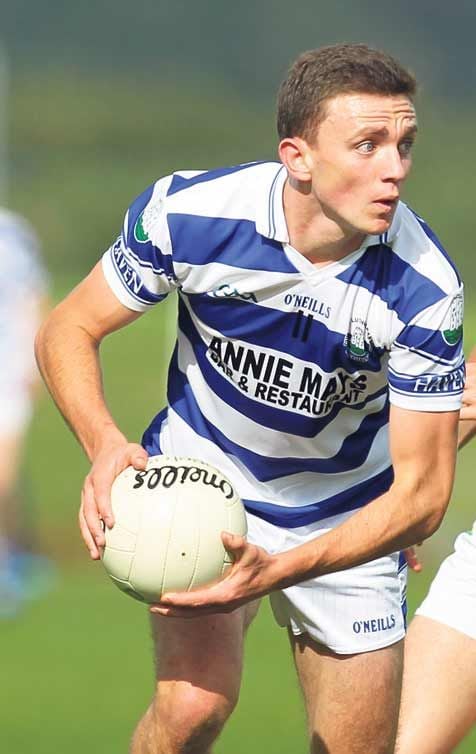 The two counties clash, again, in the provincial final in Killarney on Sunday, July 5th, and Castlehaven footballer Collins admits that All-Ireland champions Kerry will be the ‘overwhelming favourites’.

‘We are back on the road now, but there is no way we are going to lose the run of ourselves, because nobody needs to be told it’s going to be a completely different test in the Munster final against Kerry down in Killarney,’ Collins said.

‘We will be playing against the All-Ireland champions, and, in Colm Cooper and Tommy Walsh, they will have two of the best players in the country back with them this year.

‘They are going to be overwhelming favourites, so we probably have nothing to lose taking them on down there. We know we left a lot of people down in Cork with our performance against them last year, and we certainly intend to atone for that.

‘If we don’t put our best foot forward against Kerry, we will be made to pay a high price again.

‘We will be working hard over the next three weeks to ensure that we’ll be ready to deliver a good performance.’

Collins was clearly a happy camper as he reflected on Cork’s victory against Clare, stating that it was a very enjoyable game to play in from his point of view.

Over the course of the league, Collins spent a lot of the games operating a sweeper at the back, a role which he had been largely unaccustomed to filling before.

Stressing that he had no problem with it, as he’d be prepared to play in any position once he was on the starting 15, he admitted at the same time he was pleased that the management opted to go with a more attack-minded formation last Sunday.

‘Growing up I played all my football as a forward, but the way the game has gone, you have to be a lot more flexible in regard to what you can offer the team these days,’ Collins said.

‘You have backs who are always willing to push forward, so you just have to follow them, and that was the job handed to our two hard-working wing forwards Paul (Kerrigan) and Colm (O’Driscoll) today.

‘The decision was made to have a go with six orthodox forwards for the most part, something which we hadn’t been doing in the league, and I certainly enjoyed playing more as a forward.

‘Thankfully, the change of tactics worked out well. There was a good spread of scorers, which is always nice to see,’ he remarked.