Excitement levels are rising in the Bantry school ahead of this local derby, with coach Peter Cawley keen for his young charges to make the most of this opportunity.

They came through the qualifiers before Christmas – beating both Clonmel High School and Villiers School in Limerick – to earn their place in the first round. The winner of their game against Bandon Grammar moves forward to the second round where Crescent College Comprehensive are waiting.

‘We know we are rank outsiders and we are taking this one game at a time but we feel we have an opportunity here,’ Cawley said.

‘If we can make it to the next round, there is a backdoor built in for the first time so win, lose or draw there, there is a chance for three games, but we have to win our first game – and we know the huge challenge that Bandon Grammar will pose.’

Wary of the formidable Bandon-shaped obstacle blocking their path to the second round, Coláiste Pobail Bheanntraí have put in the hard hours in recent weeks to ensure they are in the best possible condition next Wednesday. 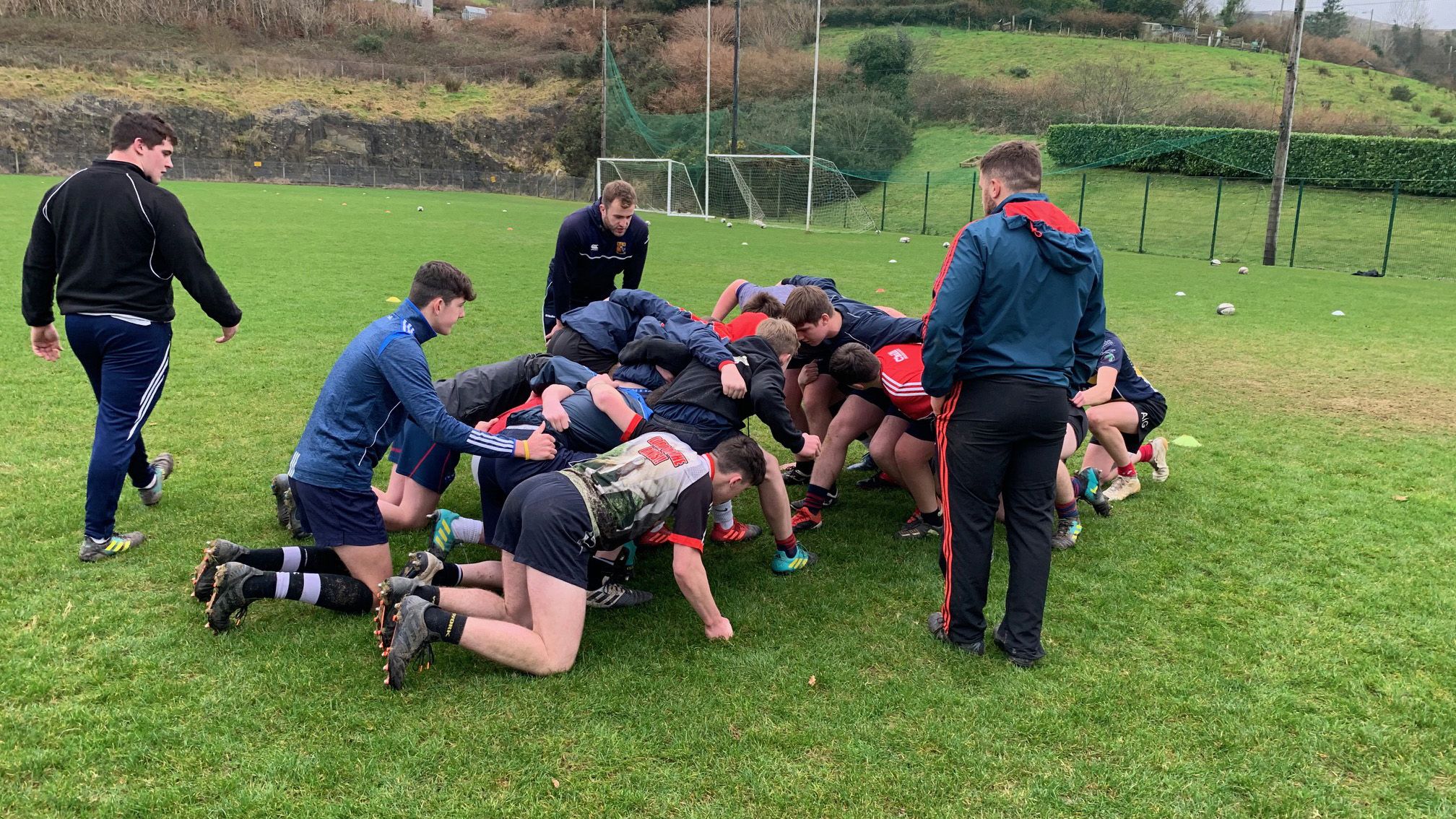 The former Bantry school pupils shared their knowledge during the skills session.

Over the Christmas period, five former Coláiste Pobail Bheanntraí students came back to the school to help out with a skills session. Tadhg McCarthy (UCC), Sean McCarthy (Bective Rangers), Pat Casey and Michael Casey (Cork Con) and Paudi O’Sullivan (Bantry RFC) all shared their knowledge and helped out the school’s junior team.

‘The day that the past pupils came in over Christmas to help out was really good, that was an exciting day for the young fellas,’ Cawley explained.

‘I would have coached these lads when we won the Mungret Cup a few years back so to have them come back in and help was a great boost.

‘These are lads who are now playing in the All-Ireland League but they never got the chance to play in the Munster Junior Cup or the Senior Cup.

‘They talked to the young fellas about how special the opportunity they now have is, how they would have loved this chance and to make the most of it. They brought great enthusiasm to the session and they brought the experience they’ve picked up in the AIL as well.’

The winner of the derby between Bantry and Bandon Grammar will be in second round action on Wednesday, February 5th.