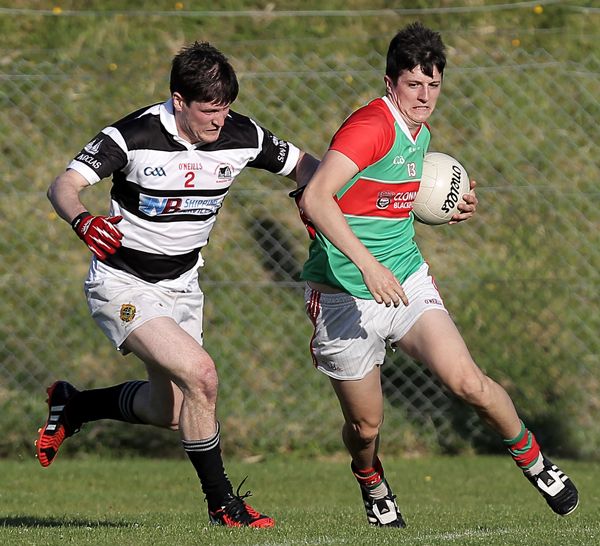 CLONAKILTY are in real danger of losing its senior status following a demoralising Cork SFC round three defeat, 1-8 to 0-7, against St Nick’s in Bandon on Saturday night.

This latest loss, coming after defeats against both Newcestown and O’Donovan Rossa, means that nine-time county champions Clon are in the relegation final, for the first time, against either Clyda Rovers or Aghada – who meet next Saturday night, June 27th, at Watergrasshill.

On current form, you’d find it difficult to back the West Cork men who look short on confidence and are now in a real dogfight for survival.

St Nick’s fully deserved this win in a game that lacked quality. The scores were tied 0-4 apiece after 18 minutes before Nick’s made their move as after Robert McCarthy-Coade’s free, Even Kearney goaled. Kearney and McCarthy-Coade (free) both added points as Nick’s led 1-7 to 0-4 at half time. This duo combined for 1-6 of their first-half total.

The second half was scrappy with a Barry O’Mahony point for Clon the only score for 27 minutes of the half, and by the time Kearney replied for Nicks, Clon had missed a penalty – Gearoid Barry’s effort with five minutes left was at the right height for goalkeeper Kieran McEnery.

Jack O’Mahony added two late frees for Clon but they never looked liked winners once they fell behind, and now the threat of relegation looms large for this proud GAA club.

Clonakilty need to improve very fast as a repeat showing could lead to the story of the championship – a shock relegation.

Don’t miss Thursday’s Southern Star for a full report, reaction from both camps and analysis of a dreadful night for Clonakilty GAA.