CONOR Daly was the hero of the day as Clonakilty Community College won their Corn Uí Mhuirí round-one game in dramatic style.

There was no separating the Clonakilty school and Coláiste Críost Rí after normal time and extra time, so this game went to a penalty shoot-out.

‘A great way to win a game but a terrible way to lose it,’ said relieved Clonakilty CC coach Diarmuid O’Donovan.

‘There’s great camaraderie between these lads in class and it certainly helps with discipline. This is a great bunch of lads and they certainly showed it today.

‘Getting school teams out on the pitch at present isn’t easy as it’s hard to get people involved and to get cover for classes. It’s a problem in every school and clashes with club games don’t help. The club minor scene seems to go on forever. I don’t know what the solution to both problems is. School games are vital to the development of these lads as players and people.’ 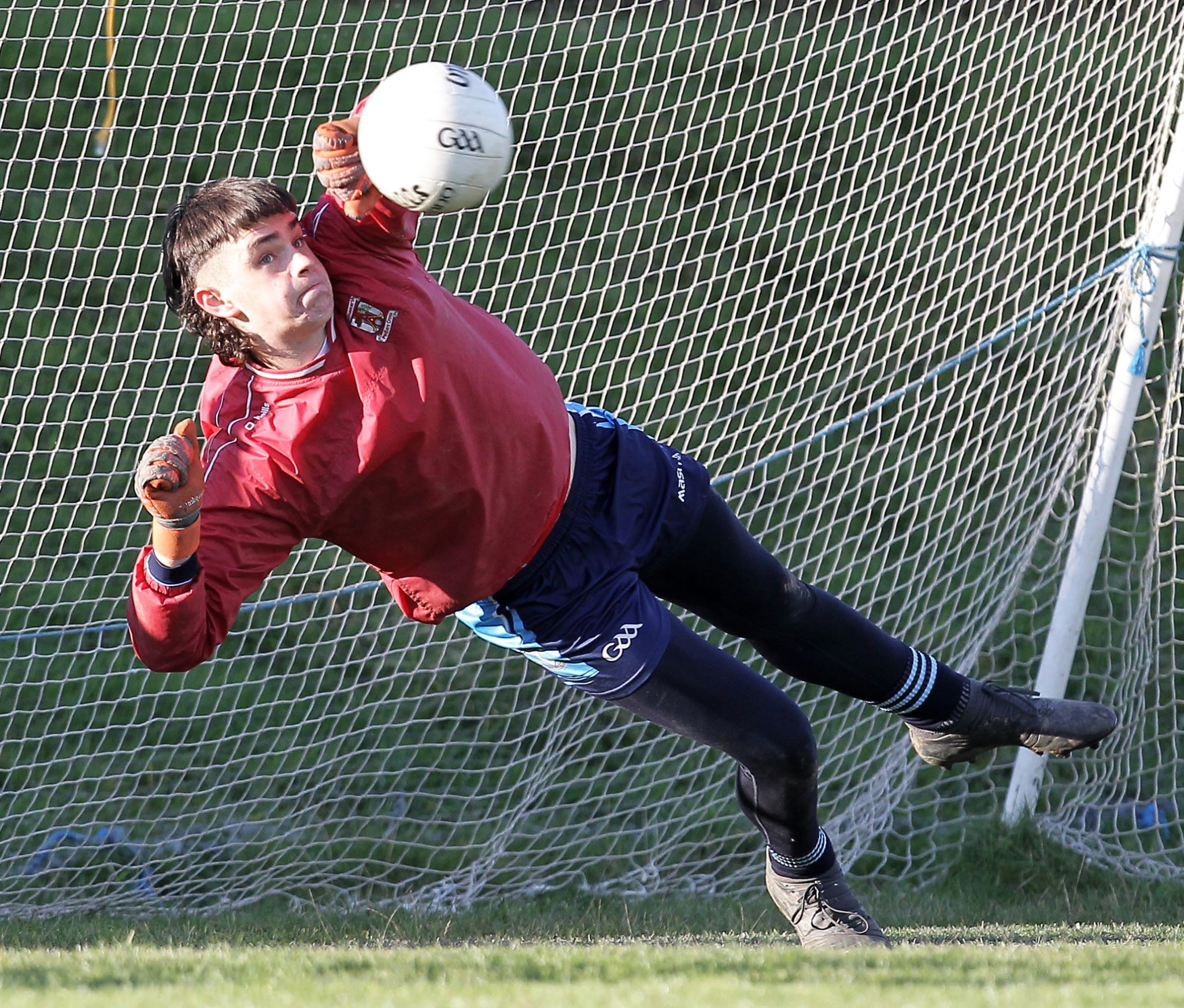 Only two points, two Conor Daly frees, were registered in the opening quarter. Críost Rí, playing against the strong diagonal breeze, were the happier side at the water break.  The second quarter was even better for the city side, with strong full forward Ross Corkery (son of the legendary Nemo player Colin) and lively centre forward Stephen Osubor-Kennedy kicking points. Clon’s only response was another Daly free and it was 0-3 to 0-2 at half time in Clon’s favour but they had failed to score from play with the wind and looked in serious trouble facing the second half.

While Corkery levelled the scores on the turn-over, Clonakilty upped their game to dominate proceedings. Daniel O’Donovan, James O’Brien and Chris Kenneally formed a solid half-back line, Aaron Ryan and Owen Downey got involved at midfield and Daly led a forward line in which Olan O’Donovan, Colin O’Brien and John O’Donovan won a lot of possession.

Daly kicked four points, three from frees and one from play, their first of the game in the 38th minute, while Corkery had a sole response for Críost Rí. Clon led 0-7 to 0-3 at the second water break but the game was turned on its head in the 50th minute when Críost Rí were awarded a penalty and Corkery made no mistake from the spot. Effective sub Shane Dawson kicked an equaliser for Críost Rí in the next attack.

Three minutes from time, Daly shoved Clon in front again from a free but back came Corkery to level from a free. Level at full time, 0-8 to 1-5, extra time was needed. 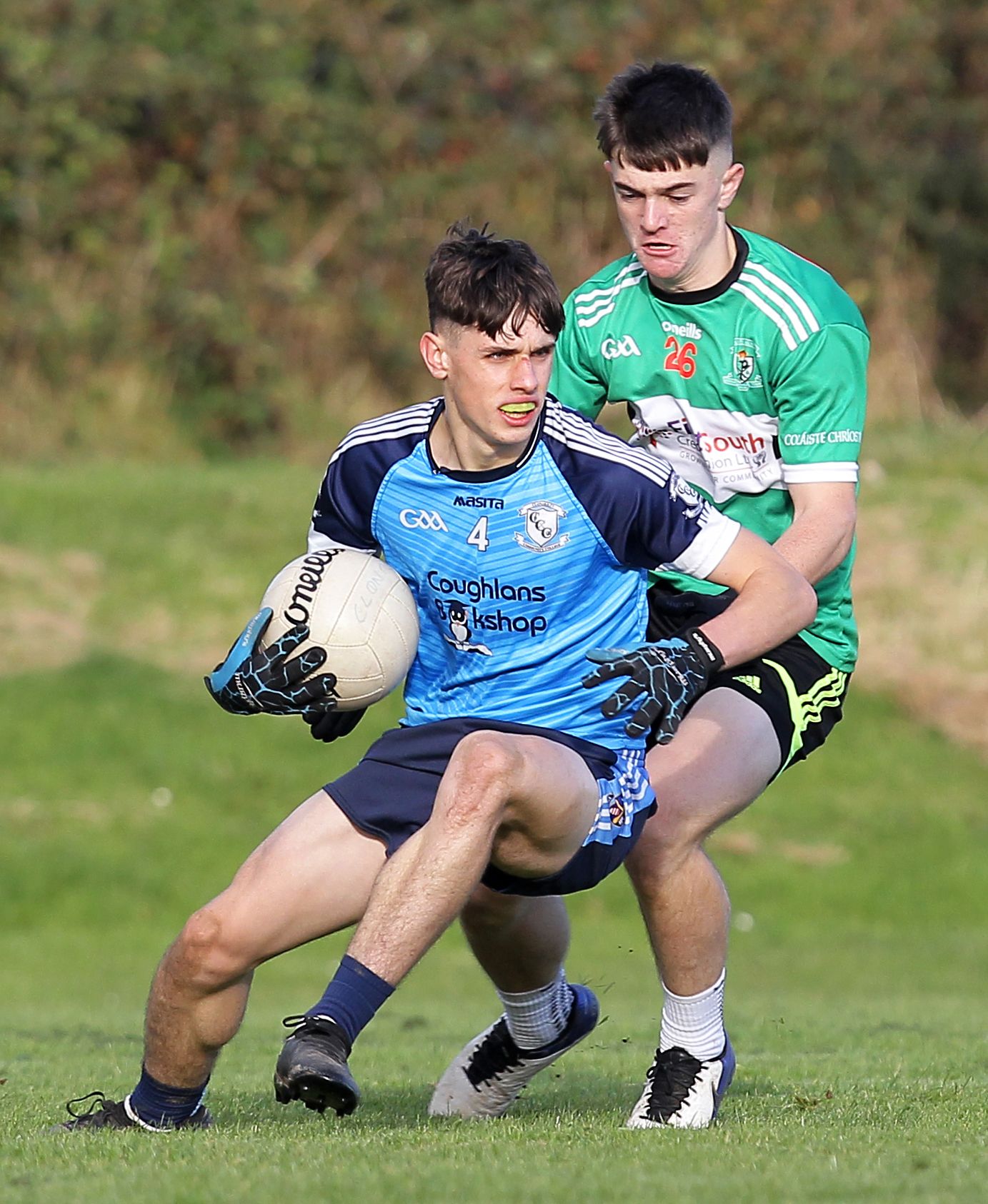 Olan O’Donovan put Clon in front, Corkery levelled again and Daly pointed a free as Clon led by 0-10 to 1-6 at the break, Críost Rí goalkeeper Calum Sexton having brought off a great save from Chris Kenneally in between. Substitute Dawson levelled the scores for the fifth time before John O’Donovan put Clon in front but the inevitable equaliser arrived from corner back Oisín Whyte. All square, 0-11 to 1-8, at the final whistle, it was now down to penalties, five each.

In the shoot-out, Darragh Gough, John O’Donovan and Olan O’Donovan all converted for Clon, while two Críost Rí players missed, so when Conor Daly’s shot hit the net, Clon were 4-2 winners.

In Round 2, on November 17th next, Clon take on a Pobalscoil Chorcha Dhuibhne that lost 3-14 to 1-3 against Scoil Phobail Sliabh Luachra Rathmore in their opener.