KINSALE and Clonakilty bowed out of the Cork LGFA senior championships on a busy weekend for West Cork adult and underage clubs.

Playing in their first-ever senior A county semi-final, Kinsale but in a brave performance before losing 1-18 to 1-10 to Mourneabbey in Bishopstown last Sunday evening.

Playing into a gale wind, Kinsale were 0-11 to 0-2 down at the interval with Orla Finn and Aoife Keating providing their only scores. Bríd O’Sullivan netted a terrific goal before Kinsale hit back with Sadhbh O’Leary finding the net.

O’Leary kicked three superb points and Finn added a brace to make it 1-13 to 1-8 at the final water break. O’Leary and Finn raised white flags but they would be Kinsale’s only remaining scores. Mourneabbey added five points to end their opponent’s interest in the competition.

Mourneabbey will face Éire Óg in the senior decider which will be held, for the first time ever, in Páirc Uí Chaoimh on Friday, November 12th.

Clonakilty’s first year in Cork LGFA’s top grade ended in a senior B semi-final loss to last year’s champions Inch Rovers. The latter ran out 2-10 to 1-7 winners despite Orlaith Deasy (1-3), Sinead O’Donovan (0-2) and Ciara Ryan (0-2) getting on the West Cork club’s scoresheet. Inch will take on St Val’s in a repeat of last season’s senior B final. 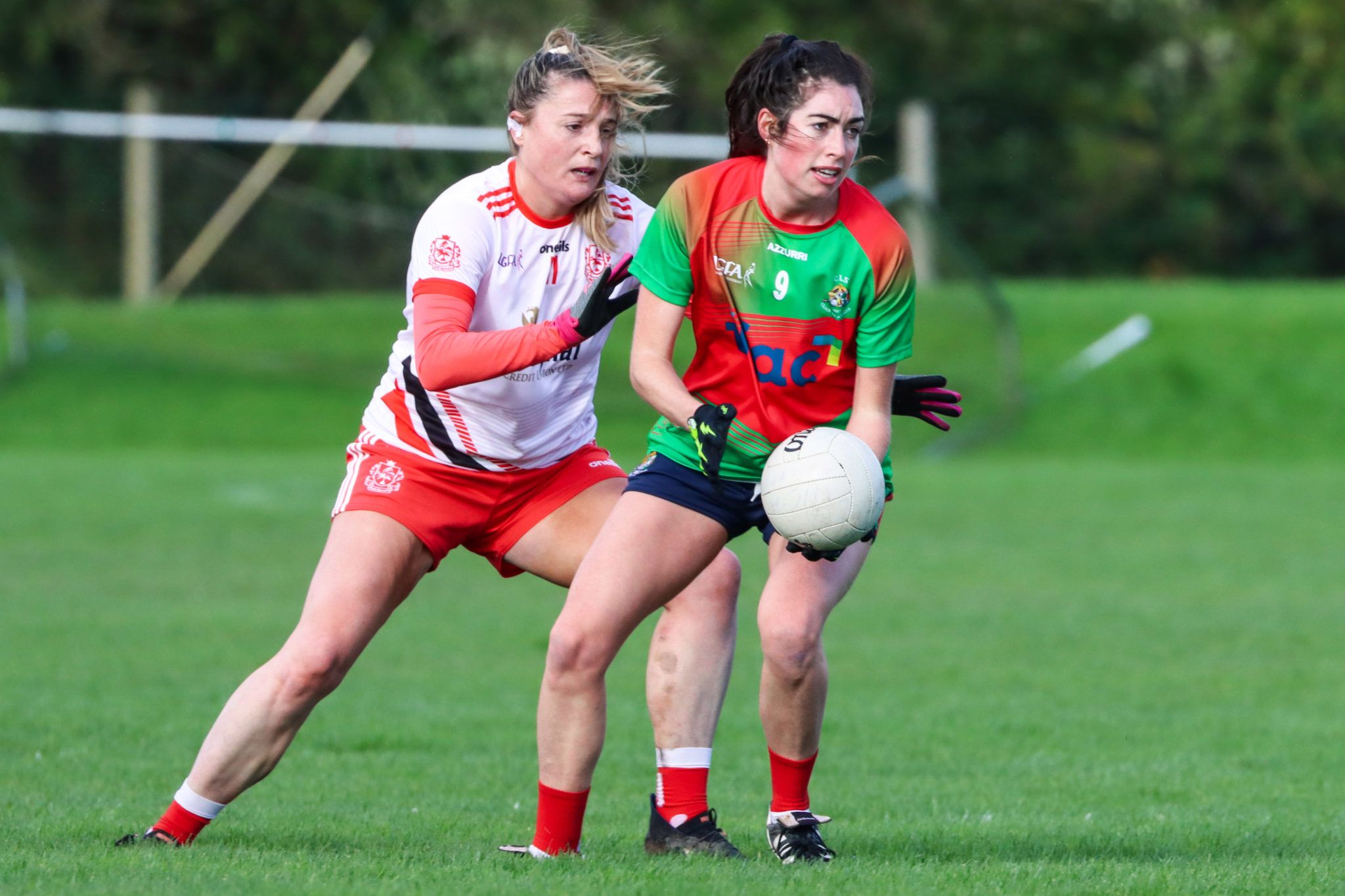 Tadhg Mac Cárthaigh were hugely unfortunate to miss out on a junior C final appearance following a one-point defeat to Carrigaline last Sunday. Amid awful weather conditions, the West Cork club came up short 1-7 to 1-6. The future remains bright for a club whose U12s have reached a county decider after Caheragh’s U16s lost out to Erins Own 3-13 to 4-4 in a recent county final.

The previous day, both Castlehaven and Kinsale also lost their respective U14 county championship finals. Erins Own proved too strong for Kinsale by winning an epic U14 A county title 4-10 to 2-9 in Kinsale. Down 2-5 to 1-5 at the interval, the West Cork club built on Catherine Murphy’s excellent goal to edge 2-9 to 1-8 ahead after another superb goal, this time from Lily Collins. Alas, Erins Own netted two late goals to win 4-10 to 2-9. Lily Collins (1-2), Catherine Murphy (1-1), Caoimhe Horgan (0-3), Eimear Ní Chearnaigh, Emma Jones and Indie Desmond (0-1) were on target for the runners-up.

There was heartbreak for Castlehaven who lost this year’s U14 D county decider to a last-second goal in Barryroe last Saturday. The West Cork side led Ballinora 0-6 to 1-1 at half-time amid difficult conditions. Castlehaven netted a goal with 30 seconds remaining in normal time only for Ballinora to sweep down the opposite end and net a winning goal with the last kick of a dramatic game. It finished 2-6 to 1-8 in Ballinora’s favour.