CORK held off a valiant second-half rally by Galway to finish strongly and claim the Tesco All-Ireland minor A camogie title for the third time and first since 2019.

The Leesiders had started nervously but led at half-time by a goal and extended that advantage to seven points in the second half. Galway got it back to one but three points in as many minutes as the game ticked into injury time secured the spoils.

Cork had just edged out Galway in the group stages so an epic was always on the cards.

It was a frantic opening, with both teams missing lots of chances, Cork being slightly more wasteful from better positions. 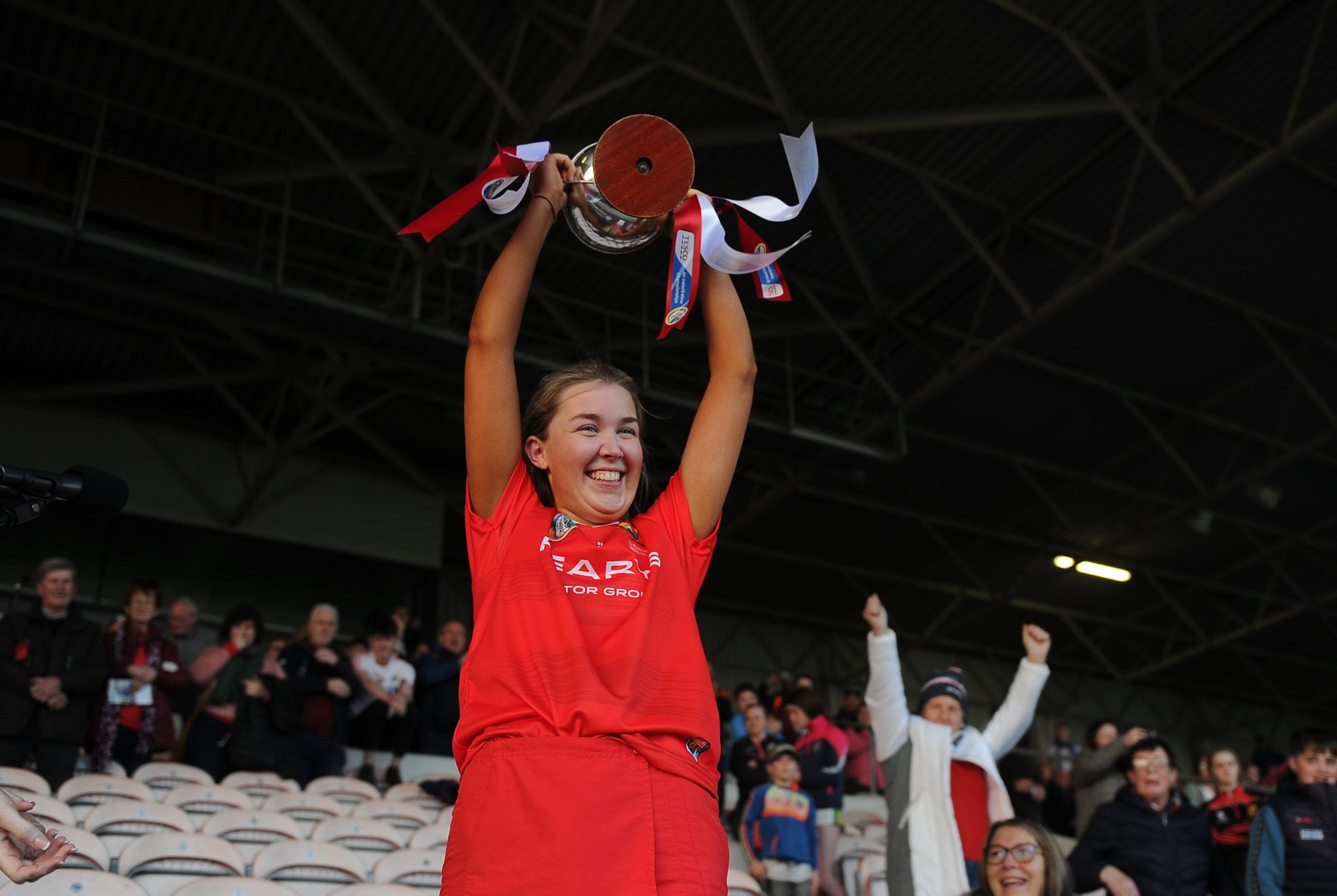 Catherine Hanley (45) and Alannah Fahy, who was alert to pick up possession, move to her left and clear the black spot from 30m gave Galway the early advantage.

It took Cork 16 minutes to get off the mark but it was a super effort by Orla Cahalane from a free tight to the left sideline into the breeze.

Olwen Rabbitte finished well from the puckout after Niamh McInerney showed some good vision to get her into space.

Cork’s forwards were threatening when running at their markers, though Jerry Wallace would have been frustrated by the lack of end product and Leah Hallinan ended another foray with a shot that was brilliantly blocked at point-blank range by Laura Freaney.

Disaster struck for Freaney from the resultant 45 however, as she mis-controlled Cahalane’s strike that was just dropping under the post, and the sliotar dropped over the line in the 21st minute.

That appeared to rattle the westerners, and probably gave Cork confidence too as they pushed on to lead at half-time by 1-3 to 0-3.

Fiona Twohig profited from a tremendous delivery by Cahalane, after the midfielder’s brilliant catch and run, to whistle a shot over from a tight angle and just before the interval, slotted her second with an outstanding finish after good work by Orlaith Mullins, who had been prominent throughout the half along with Cahalane, Twohig and centre-back Aoife Healy.

Ciara Morrison had a goal two minutes after the resumption to put clear daylight between the sides and it was classic. Morrison finished with aplomb as the move started with a puckout by Jill Connaughton to Avril Cashman. Twohig won a dirty ball out of a ruck, sent a crossfield delivery to Mullins, who gathered well and having attracted the cover, slipped a hand-pass into the raiding Morrison, who rifled beyond the exposed Freaney.

Galway kept pushing and Connaughton had to make a double save from Alannah Fahy and Aoibheann Barry. Rabbitte did split the posts for Galway but Ana Fahy, with a sensational score, and Morrison made it a seven-point game. 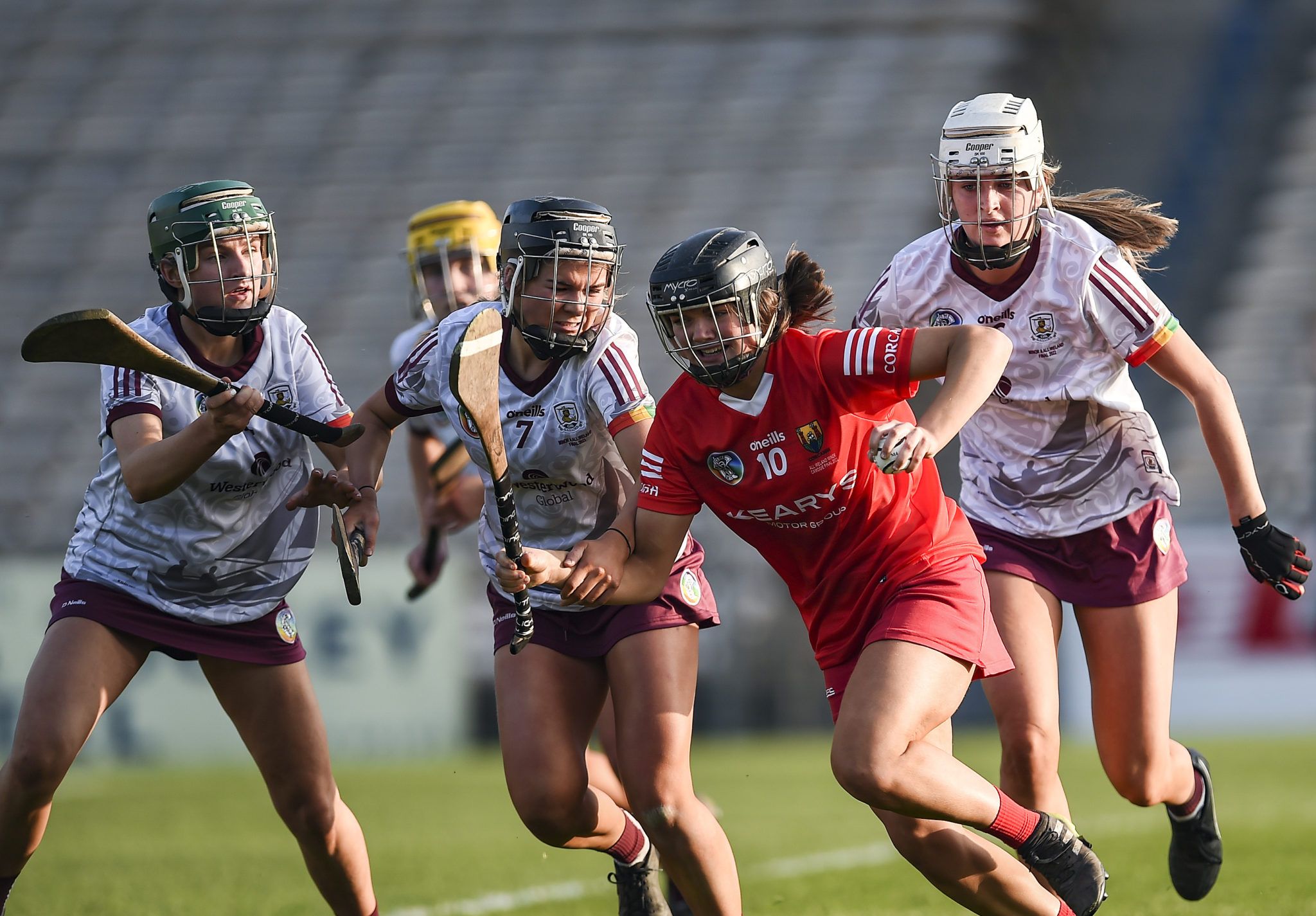 Aaron Fox’s side needed something and it came from another unfortunate error by otherwise top notch netminders, Connaughton letting the sliotar elude her and Hanley kicking to the net.

Yet Twohig slotted her third score with another fantastic effort and Cahalane a free to appear to douse the fire, particularly when Connaughton made a triple save from Hanley, Rabbitte and a miraculous instinctive stop from Barry with an outstretched leg.

Within minutes though, Megan Gannon powered a great shot to the top corner for a goal and points from a Hanley free and from play by McInerney and Barry made it a one-point game with less than three minutes of regulation time remaining.

Rather than wither, Cork grew and points from Morrison, Cahalane and Eimear Duignan could spark fevered celebrations.