ALL hail the conquering heroes and junior A hurling high kings of Carbery!

Ballinascarthy were crowned RCM Tarmacadam Carbery junior A hurling champions for a sixth time at a packed Ahamilla last Sunday after a decider of classic proportions as they defeated never-say-die St Mary’s by a richly-deserved eight-point margin.

This was a majestic contest, the standard of which would do credit to a higher grade with both teams giving their all for the glory of the little village with thrills, spills, 36 marvellous scores and played at a frenetic pace.

The Ballineen/Enniskeane combination were attempting to do the double over the Red Devils, having comprehensively lowered their colours at the semi-final stage last year – but any resemblance to that Ballinascarthy side on Sunday was just the colour of their jerseys.

This emerging pride of young red hurling lions was always in the thick of the action. They were gritty, determined and fought for every ball as if their lives depended on it, as they proceeded to give one of the greatest team displays they ever produced.

But in case one gets carried away that this was a one-sided affair, far from it. St Mary’s contributed handsomely to this majestic contest and deserve the plaudits even if galling defeat was their lot. They started like the proverbial steam train, tearing into the action and with Bal having early difficulty in coping with their effective sweeper system against the stiff breeze were deserving 0-5 to 0-1 leaders after just ten minutes.

The Ballinascarthy team celebrates after defeating St Mary's in the RCM Tarmacadam JAHC final at Clonakilty.

Brian O’Donovan had split the posts inside the opening 60 seconds, but with the Saints really motoring Brian McCarthy fired over three beauties as Niall Kelleher and Brian Everard sent the huge Saints following into early raptures. Bal looked a bit perplexed, but then, having repelled sustained pressure with Jason Collins, Brian McCarthy, Niall Kelleher and Dylan Scannell causing problems, began to address a serious situation.

Suddenly, they clicked into overdrive, ensuring that the losers just scored once more, from a Jason Collins free from the 17th minute, until three minutes into the resumption. In the interim Bal were on scoring overtime as Jeremy Ryan, Ciarán O’Neill, Eoghan Ferguson and Brian O’Donovan split the post with clockwork regularity, turning a four-point deficit into a commanding interval advantage, 0-13 to 0-6. 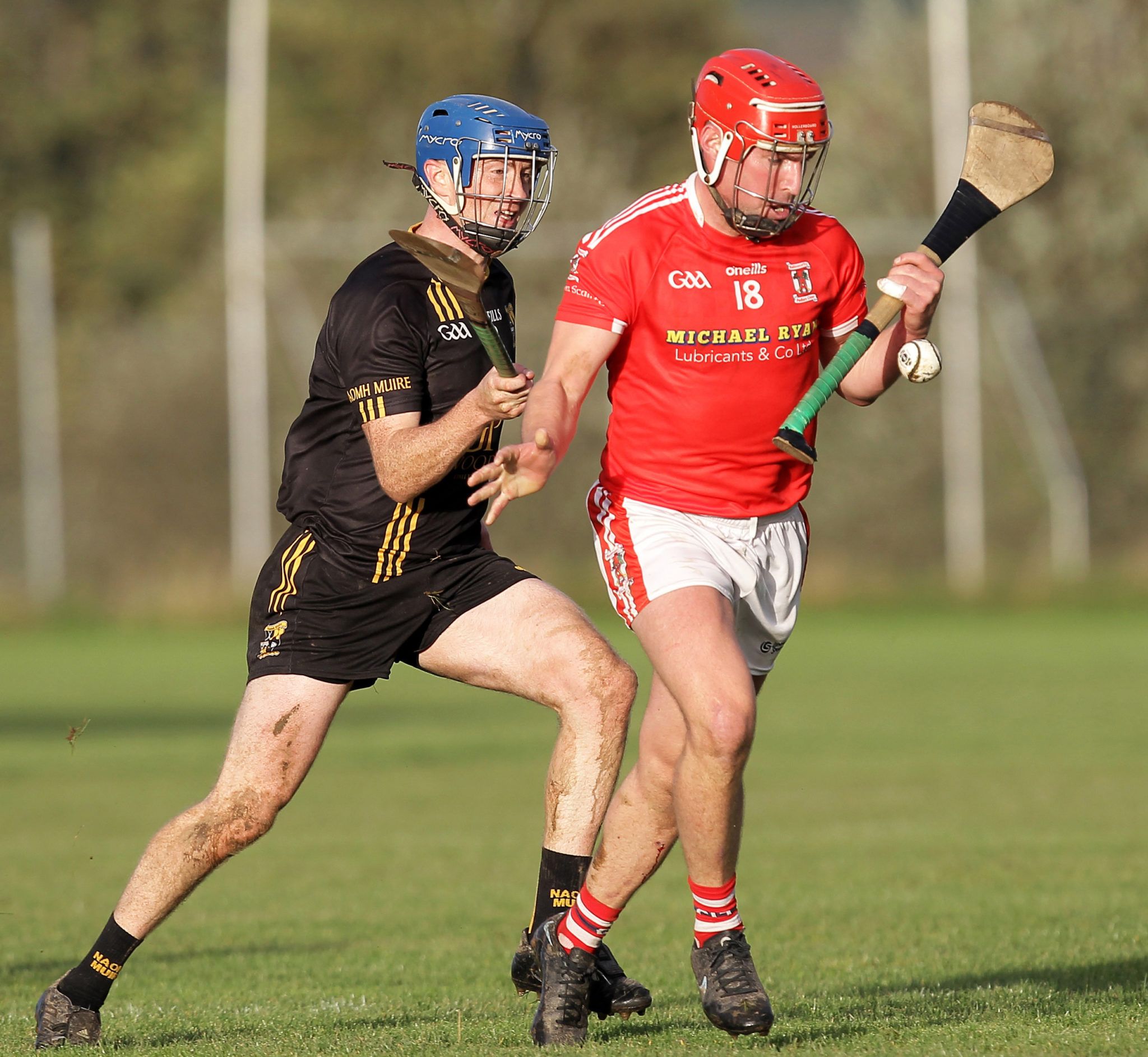 Ballinascarthy's Ricky O'Flynn gets off his pass under pressure from St Mary's Michael O'Driscoll.

With the noise from the packed stand reverberating down to the action the Saints, now wind assisted, resumed in positive mode as Jason Collins effortlessly flighted over a free. Cian Ryan and Jeremy Ryan (free) continued the scoring pattern but a delightful Finghin O’Driscoll white flag ensured the Saints were alive and hurling well. Darren O’Donovan and Brian O’Donovan again did the business and by the 42nd minute the score read 0-16 to 0-9.

St Mary’s were now fighting for their championship lives, but Daniel and Ruairi O’Brien, Chris Ryan, Padraic Cullinane, Ciarán Nyhan and David Walsh were effectively repelling wave after wave of attack as Darragh Hennessy continued to inspire between the posts. Jason Collins (free) and a sublime effort by Darren O’Donovan gave for increased hope, but with the Bal forwards continuing their scoring crusade the points still flowed as both keepers earned their spurs with fabulous saves to keep a clean sheet.

A magnificent score by the impressive Cillian Cullinane and Jeremy Ryan’s unerring accuracy brought a truly marvellous tussle to its expected conclusion. All the Bal side, from eagle-eyed custodian Darragh Hennessy to dapper corner forward Brian O’Donovan, ensured that this was the stuff that hurling dreams are made of.

After the game an overjoyed Ballinascarthy captain, Seamus McCarthy received the famed Flyer Nyhan Cup from Tom Lyons, chairman of the Carbery Board. The man-of-the-match award, sponsored by Clash Awards, went to a deserving Ciarán O’Neill while arrangements at the venue were A1.