MICHAEL Bohane won’t forget 2022 in a hurry. It’s the year the Caheragh man stunned the bowling world and made history.

He admits he was a long shot for the big prizes before a bowl was thrown on the road, but Bohane (40) revelled in his underdog status to shock his illustrious opponents.

It was the stuff of dreams.

‘I was the rank outsider at the start of the year in the senior grade but got off the ground with a win over James O’Donovan,’ Bohane explained.

‘Once you get a bit of momentum and a bit of confidence, you can do well. I went into the final against Seamus Sexton with a 50-50 chance, and all went well on the day.

‘It’s great for Carbery bowling and it came as much a surprise to me as it did to anyone. It was a bit of a shock to win the senior championship in Cork but thankfully things went my way in Lyre (against Sexton).’ 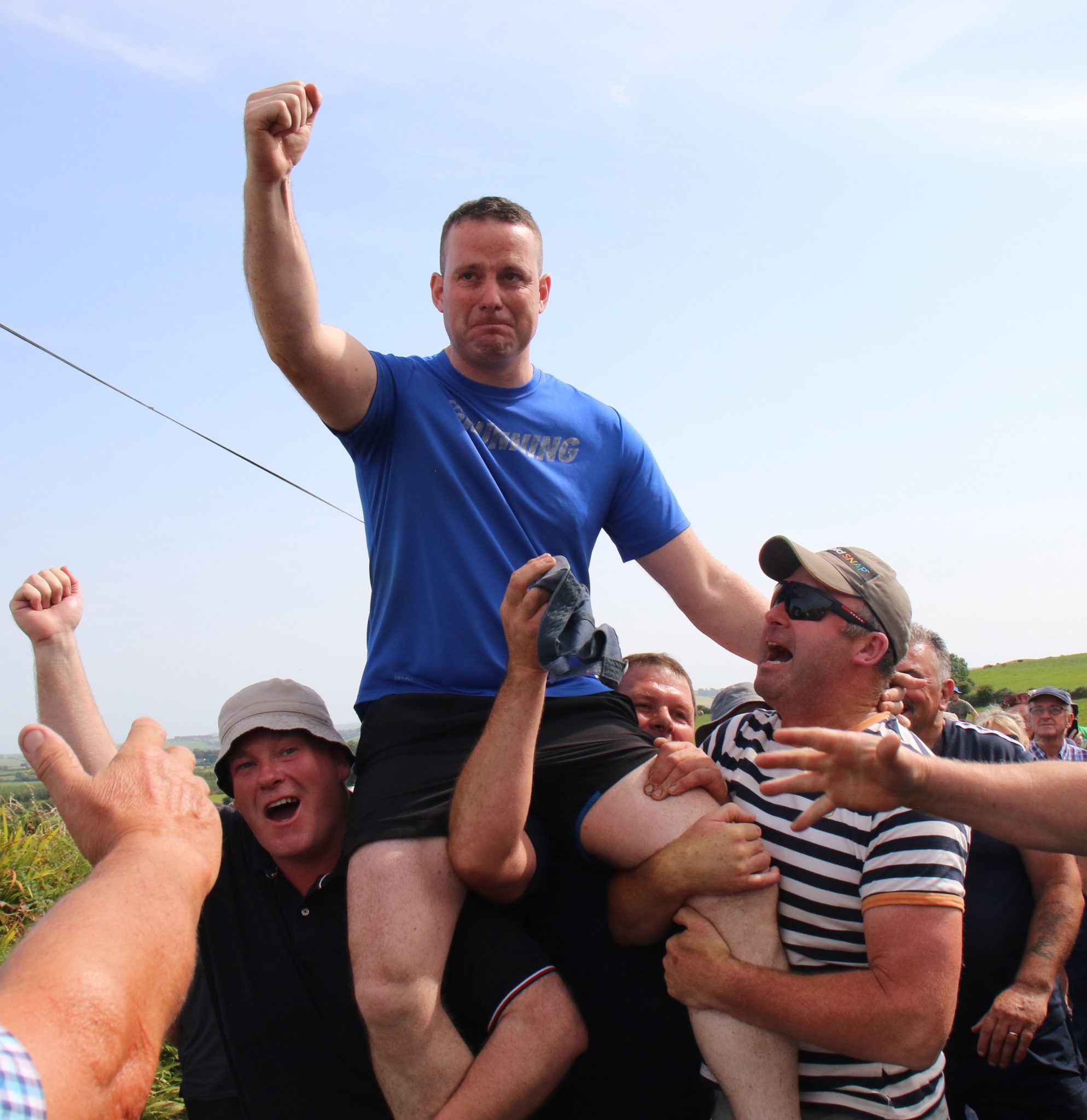 Michael Bohane held aloft after his victory in the 2022 men's senior county final at Lyre.

The Munster final in July will live long in the memory. Again, Bohane was the underdog.

He was up against newly-crowned European champion Sexton, fresh from his heroics in May. The Garda, who has been working in Ballincollig for almost 20 years, had to be at the top of his game to win. And he was.

‘I saw Seamus Sexton win gold in Germany. I was on that team. He gave a fantastic display and in fairness his form continued throughout the championship. That brought him onto the senior final against me,’ Bohane explained.

‘Luckily for myself, everything went well. It wasn’t an easy day for bowling. It was 31 degrees heat. Seamus probably didn’t hit the form like he had all year and I probably bowled a bit above myself, above expectations,’ Bohane admitted.

After his Munster success came the All-Ireland series in Armagh, where he lost out to Ulster bowling star Thomas Mackle by just 40 metres. Bohane was that close to the game’s biggest prize. Still, it was a great experience to even get that far, and up against a competitor who won the Hughie Trainor Cup for the second time.

‘I suppose it’s like any sport, the higher the climb, the harder the fall,’ Bohane said.

‘It was absolutely fantastic to compete in a senior All-Ireland final. Growing up as a young fella in Caheragh, to think of reaching that far would have been a dream for me. Once you get there, you want to win. I had my chances. Some of the form I showed earlier in the championship deserted me that day.

‘He (Mackle) got off to a hesitant start and I got off to a good start. I had chances in my fifth or sixth shot to put the score out of contention. I didn’t take them. After that was a ding-dong battle between the two of us. Unfortunately, he defeated me in the last shot.’

It wasn’t just on the national stage where Bohane excelled in 2022, but also on the international stage too. He travelled to the European Championships in Germany. It was his third time representing Ireland. Bohane previously competed at the Europeans in Cork (2008) and The Netherlands (2016). His success in 2022 is a big boost to bowling in West Cork and his home division of Carbery.

‘Bowling is continuing to be popular in West Cork. That’s thanks to, in my own area in particular, Dan McCarthy and the members of the Carbery bowling region. They have a track put up in Skibbereen. I know my own five-year-old nephew trains there on a weekly basis so they are continually trying to promote the game here,’ he said.

In his home parish of Caheragh, Bohane’s early childhood memories include road bowling. He was surrounded by it.

‘There was an unofficial bowling road running adjacent to my house,’ he said.

‘My late father would have bowled and had a huge impact on my career. My two brothers would have bowled. I had no choice but to have a bowl in my hand from a very young age and I always took a keen interest in it growing up. Through underage, bowling with Carbery in various teams. It was something bread into me from the word go. I took a liking to it and I was a success. The rest is history.’

It was an unforgettable year for Bohane, so what’s next?

‘If I was to rewind the clock back to the start of 2022, and you asked me if I had a chance of winning a Munster senior title, I would have been very doubtful. It’s a very hard task to accomplish. When you get there, it does boost the confidence a bit heading into the 2023 season that I could repeat some of that form and get back to where you were. Maybe eventually go all the way,’ he said, as Bohane is ready to cause more surprises in 2023.