AT a damp and foggy Barryroe recently, the hosts were deservedly crowned Dubliner Cheese Carbery-Beara Division 3 football league champions for 2021.

Moving the ball intelligently and bossing the midfield where Tipperary senior Robbie Kiely and Conn Dineen won a monopoly of possession, the Blues peppered an overworked Kilbrittain defence.

With Cork underage football star Ryan O’Donovan leading the line, Barryroe racked up the scores. They were seven points ahead at the first water break. Despite the positive promptings of Conor Ustionawski, Philip Wall, Bertie Butler, Tomás Sheehan, Sean Sexton and Conor Hogan, Kilbrittain failed to raise a flag.

Not so their proactive opponents as industrious full forward Sean Holland opened proceedings with a super point in the second minute. Three on the bounce from Ryan O’Donovan quickly followed with a delightful point by Jack Cahalane sandwiched in between. Robbie Kiely then rattled the crossbar with a thunderbolt and an O’Donovan free brought a bountiful scoring period to a close, 0-7 to 0-0.

Finally, Kilbrittain opened their tally with the hardworking Conor Ustionawski availing of a neat delivery by Philip Wall to split the post in the 26th minute. A well-directed free by Jack Cahalane put the Blues well in control at half time, leading 0-8 to 0-1.

The Barryroe team that defeated Kilbrittainin the Carbery-Beara JFL Division 3B final at Barryroe.

Kilbrittain attacked with more intensity and purpose in the second half, but Barryroe defenders Patrick and James Moloney, Dave Kiely and a tough half-back line of Jerome O’Brien, Gearóid Holland and Dave O’Sullivan were a match for everything.

Kilbrittain needed a goal to stay in contention. However, it was Barryroe that raised the all-important green flag in the 34th minute. With Liam Colbert, Adam McSweeney and Sean Holland all in the mix, Ryan O’Donovan deftly side-footed the ball to the right corner of the Kilbrittain rigging.

Despite the setback Kilbrittain continued to up the tempo and Conor Hogan crashed over a lovely point. But it was a bridge too far and some cracking points by Conn Dineen, Adam McSweeney and a brace from the ever-willing Ryan O’Donovan saw the Blues out the gap and ready to celebrate what was a comprehensive victory. 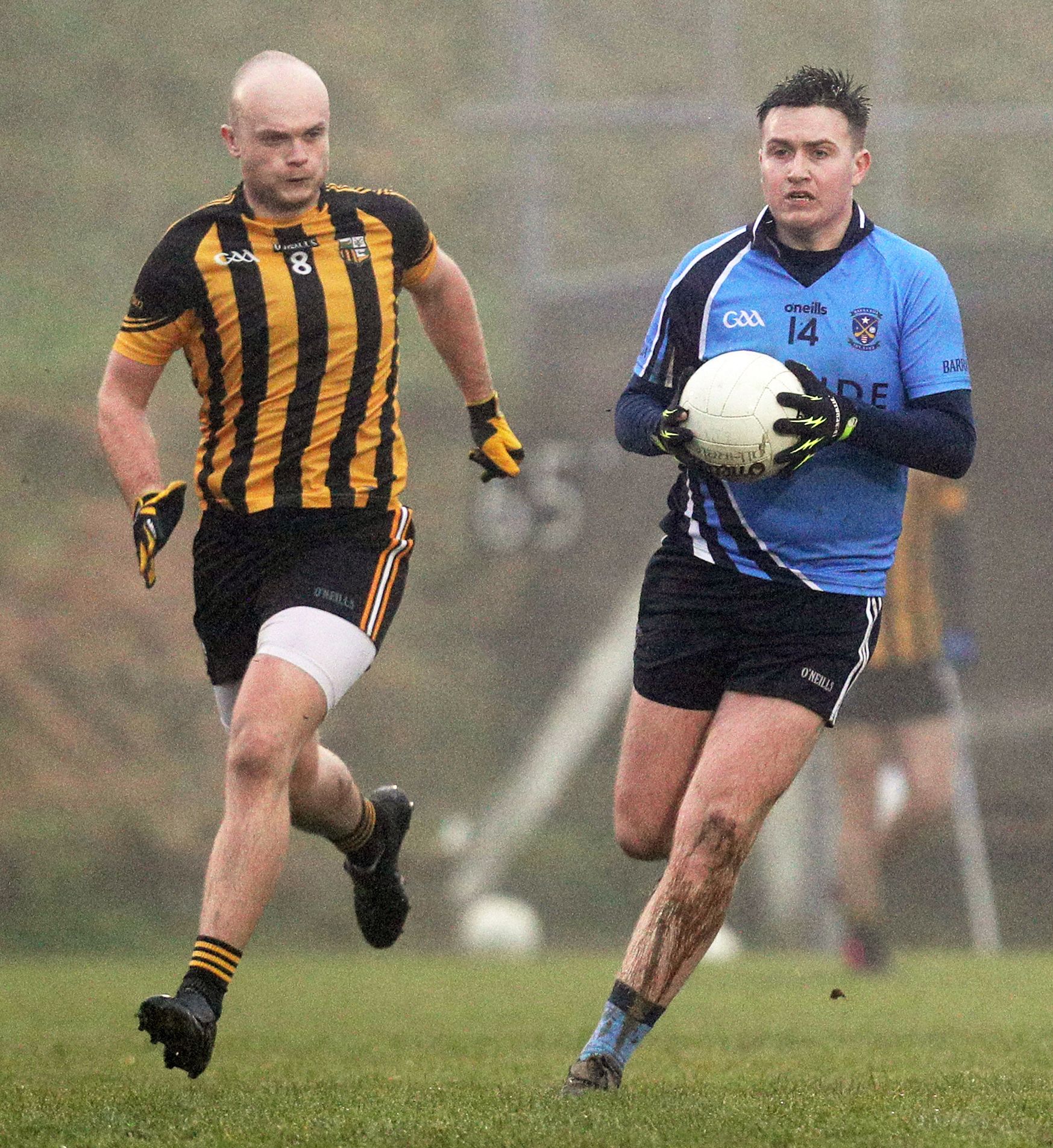 Barryroe's Sean Holland on the run from Kilbrittain's Conor O'Donovan during the Carbery-Beara JFL Division 3B final.

‘These are a great group of lads who have a big interest in football. As you saw, we had at least ten more on the side-line so currently we have the numbers. It was nice to get the result today and a reward for their endeavours’, Barryroe selector Gearóid Whelton said.

‘We are on an upward trajectory. Granted there are several teams above us, but the intention is that we could compete at a higher level. We won two championship games, that is progress, but we need to keep on improving to stay in the mix.’