This was only the second-ever time Bantry reached a Junior 1 cup final, having made their maiden appearance at the same venue four years ago where they were eventually defeated by Limerick side Bruff.

The final against Youghal was always going to be tight, the two teams having previously met earlier in the season with Bantry emerging victorious by one point.

As anticipated the early exchanges were fiercely contested. Both teams were guilty of unforced errors which kept scoring chances to a minimum. Bantry were trying to unleash their pacey back division but a strong Youghal defence kept them at bay for a large portion of the first half.

The first chance of the game came Bantry’s way when they awarded a penalty midway through the first half. Sean McCarthy was unable to break the deadlock as his first attempt sailed narrowly wide. 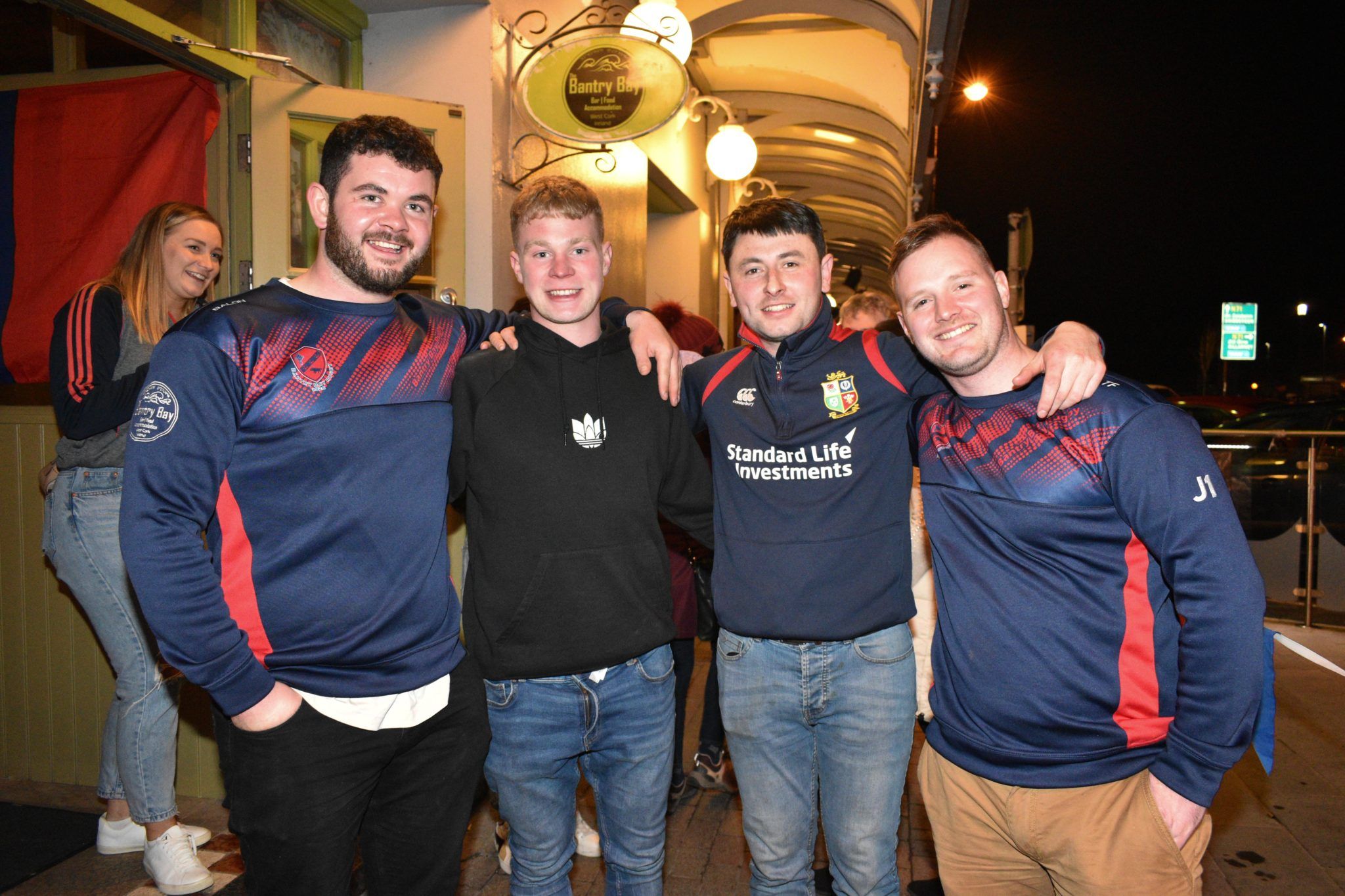 Despite the low-scoring affair, it was an enthralling final being played at a frantic pace, with the two finalists going toe to toe. One final push before the break saw the West Cork side presented with another chance to put points on the board. This time Sean McCarthy made no mistake and gave his side a narrow 3-0 lead at half time.

Youghal resumed the second half with more purpose and quickly put Bantry under pressure. A swiping move left Bantry exposed on the narrow side and Youghal came bearing down the wing to score the first try of the final, from Ryan Coady. The resulting conversion was missed, giving the East Cork side a 5-3 lead.

The try seemed to open up the game, with Youghal keen to capitalise on their momentum, and Bantry desperate to hit back. It was the latter who scored next. Patient and controlled build-up by the Bantry forwards brought pressure deep into Youghal’s territory but their defence stood firm. Eventually, the back division came into action and a crisp move saw Phillip O’Shea touch down in the corner.

Sean McCarthy landed a perfect kick from the touch line to put Bantry five points ahead, 10-3, with 20 minutes to go.

Bantry now had momentum and went in search of the killer blow. They missed a couple of great chances to put the game to bed, instead handing Youghal a lifeline. The East Cork team had the chance to narrow the gap on a couple of occasions, but two penalties went wide as the clock was ticking down.

With ten minutes left the men from the Bay finally got what they were looking for: breathing space. After a fast counter attack an easy penalty went their way. Sean McCarthy didn't need a second invitation, pushing Bantry 13-3 in front, leaving Youghall needing to score twice in the final minutes. They threw everything at Bantry but their defence held firm.

This was a long time coming for a team that has been slowly building and has been very close in the past but never could quite make the final step. They have now, and hopefully it is only the start of something bigger for the team and the club.