ARGIDEEN Rangers survived a Kilbrittain comeback to win the Carbery junior C hurling final in Timoleague on a sunny yet bitter cold Sunday.

Argideen were arguably the more experienced of the two sides and showed their ability in the early stages with the opening point from Noel Coomey after two minutes, quickly followed by the opening goal – a cracker from Mikey Walsh.

Charlie Dineen added another point with a goal-bound shot minutes later before Kilbrittain's Sean McCarthy opened their account with a fine point from distance.

Pat O'Mahony added a free but Kilbrittain, who were missing Cal McCarthy and Padraig Hurley from the first game, were struggling to create many scoring opportunities at this stage. 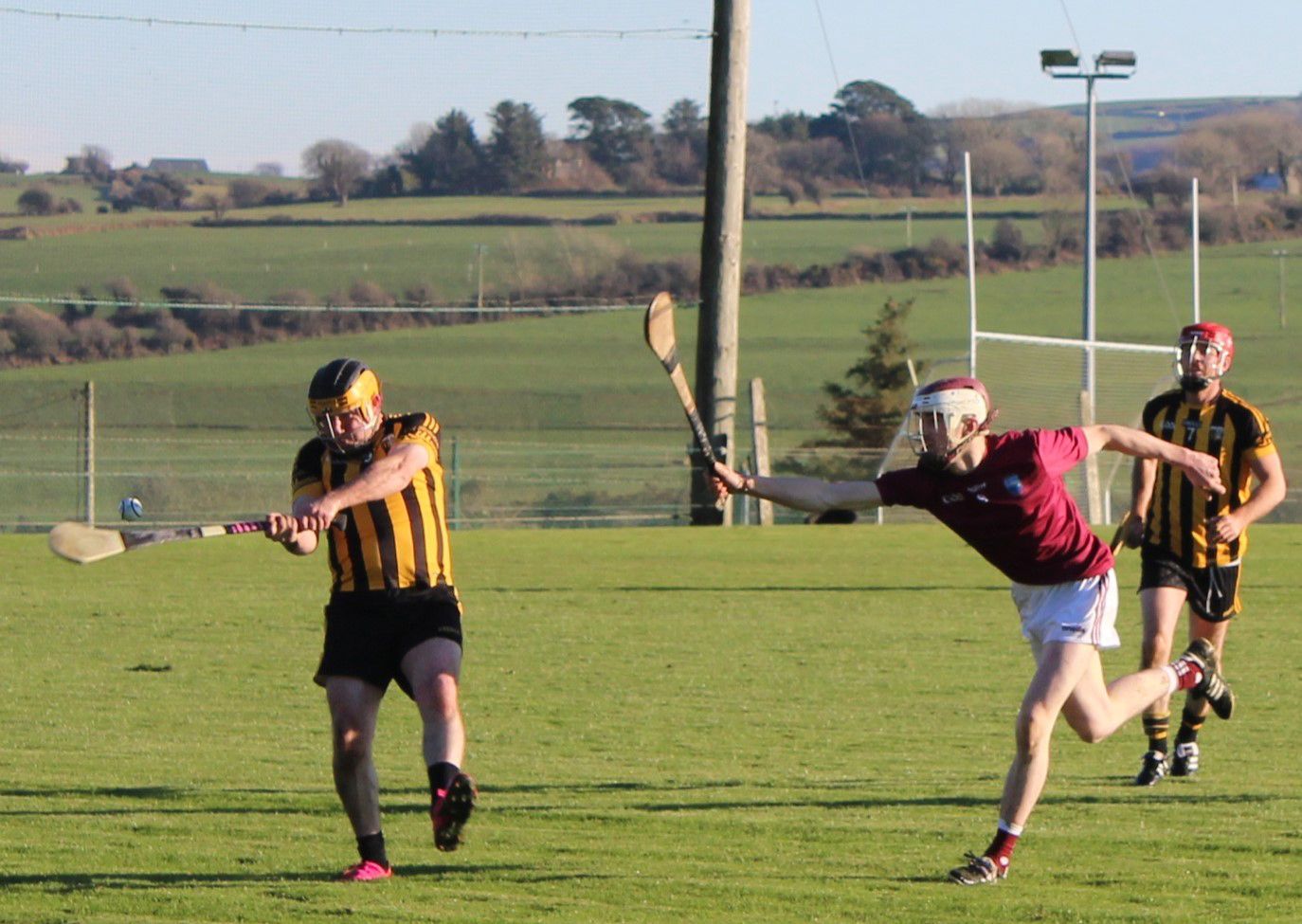 Argideen were hurling well and four unanswered points from the free-taking of John Joe Butler stretched their lead before Mikey Walsh caught a great ball under pressure from Murphy and billowed the back of the net for Argideen’s second goal. Pat O'Mahony hit over a free for Kilbrittain and Butler did likewise for Argideen, leaving the score at 2-7 to 0-3 at halftime.

Dineen opened the scoring of the second half with a fine point to stretch Argideen’s lead to 11 points. No way back for Kilbrittain, it seemed, but the black and amber began to claw their way into the game. Both sides upped the ante with some great passages of play. A fortuitous goal from distance by Pat O’Mahony added to a pointed free cut the deficit by the 36th minute. Butler hit over a free, and Seamus O’Brien replied with a fine point.

Kilbrittain were hunting in packs now, Fintan O’Connell hit a rasper of a shot across the face of the goal for a 65. The resultant puck saw Pat O’Mahony react fastest to the dropping ball. He pulled first time and blasted the ball to the net. Game on now.

Fintan O’Connell added a point one minute later, but Argideen found their third goal virtue of a long ball sent in by Conor Lehane that evaded the Kilbrittain defence to end up in the net.

Kilbrittain, however, dominated the last ten minutes with O’Mahony scoring two important frees to reduce the deficit to four points with five minutes left. Lehane steadied the ship for Argideen again with a fine point from distance.

Kilbrittain again searched for the scores. A long ball into the danger area was pulled on by Steven Hayes who hit the post but substitute David Quinlan reacted to the rebound to billow the net to reduce the gap to two points deep in injury time.

Argideen weathered the storm however and it fell to Butler, unerring from frees all game to score the last point of the game with a score from play that brought an end to an enthralling contest played in a hard but sporting manner. Mike Deasy accepted the trophy from Carbery Chairman Aidan O’Rourke.