Declan Barron dominated for Bantry, Carbery and Cork in 1972.

IN 1972, the All-Ireland championships were still played on a knock-out system, the provincial winners meeting in the semi-finals.

Between 1966 and 1972 there were five different winners of the All-Ireland senior football title, with each province welcoming the Sam Maguire. Kerry were going for three-in-a-row in 1971 but it was a new kid on the block, Offaly, that lifted the Sam Maguire when they beat Galway in the final to win their first-ever senior football title. In 1972, they were back in Croke Park to defend their title and waiting to put them back in their box were the heroes of Kerry, Mick O’Connell, Mick O’Dwyer, Donie O’Sullivan, John O’Keeffe, Brendan Lynch, Derry Crowley, Pat Griffin, etc.

Offaly’s key man was ace forward, Tony McTeague, Clonakilty-born, and responsible for beating Cork in the 1964 minor football final. Martin Furlong, Paddy McCormack (The Iron Man from Rhodes), Eugene Mulligan, Sean Lowry, Willie Bryan, Johnny Cooney, Kevin Kilmurray and Seamus Darby (remember the famous goal in 1982) were other stars of that great Offaly team. Could the Faithful County prove they were worthy champions by passing the ultimate test, beating Kerry in the final? The final was honours even, 1-13 each, Mick O’Dwyer getting the equalising point, but it was the mighty men of Offaly who were rejoicing after the replay, inflicting their biggest-ever final defeat on the Kingdom in the replay, 1-19 to 0-13. It was the last final appearances for the great O’Connell and O’Dwyer. McTeague kicked 16 points over the two games.

Cork had been beaten by Kerry in the Munster final, 2-21 to 2-15, but the following year Billy Morgan, Humphrey Kelleher, Kevin Jer O’Sullivan, Dinny Long, Denis Coughlan, Dave McCarthy, Declan Barron, Ray Cummins, Jimmy Barry-Murphy and company shocked the football world with a classy high-scoring victory over Galway in the final.

The Cork junior footballers brought home the All-Ireland title for the fifth time in 1972, beating Hertforshire by 5-16 to 0-3 in the final. Dermot Kehily, Noel Crowley, Tony Murphy, Johnny Carroll, Tim Crowley, Denis McCarthy, Teddy Holland, Brian Murphy and Robert Wilmot were the West Cork players involved at some stage on the winning team.

Cork minor footballers, after dominating the championship in the late 1960s, won the All-Ireland title, beating Tyrone by 3-11 to 2-11 in the final. Jimmy Barry-Murphy was the big star on that team, scoring two goals in the final, just as he did the following year in the senior final. Sean O’Shea (Adrigole), D. Keohane (Caheragh), Brian Twomey (Castletownbere), Seamus O’Sullivan (Dohenys) and Robert Wilmot (Bandon) were the West Cork lads on the winning team.

In senior hurling, it was 1969 champions, Kilkenny, against 1970 champions, Cork, in the All-Ireland final. Cork, powered up front by Charlie McCarthy, Ray Cummins, Gerald McCarthy, Mick Malone and Seanie O’Leary, two classy midfielders in Con Roche and Denis Coughlan and outstanding defenders in Paddy Barry, Tony Maher, Brian Murphy and Seamus Looney, had drawn with and beaten All-Ireland champions, Tipperary, in the Munster semi-final but facile wins in the Munster final against Clare and the All-Ireland semi-final against London, weren’t ideal preparation for a tough challenge against Kilkenny. In a marvellous encounter, Cork, despite scoring five goals and leading by eight points with 13 minutes remaining, came away empty-handed on a score of 3-24 to 5-11. Ray Cummins and Mick Malone hit a pair of goals each, with the majestic Eddie Keher scoring 2-9. Kilkenny also won the minor final.

The Cork county senior football championship saw a new power arriving on the scene, a club that went on to dominate Cork football during the past 50 years. Carbery had won their third county title in 1971 but they fell by the wayside in ’72 when they lost to the 1970 champions. Muskerry, in round two. Nemo Rangers from the Turner’s Cross area of the city had never won a senior county title but were knocking on the door for a couple of years. In 1970 they had lost the final to Muskerry after looking certain winners and had lost the 1971 semi-final to Carbery when playing better football. They had beaten St Michael’s in a replayed semi-final and were determined to make it third time lucky. 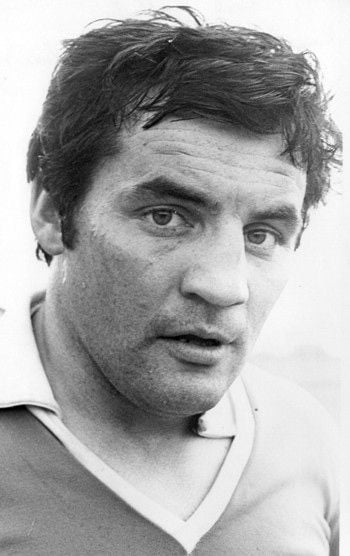 The legendary Donal Hunt was captain of Bantry Blues in 1972.

Opponents in the county final, not played until November 19th, were UCC, who had lost the ’71 final to Carbery. Bantry’s Denis Cotter was one of the college’s main men but was out injured. Billy Morgan, Frank Cogan, Brian Murphy, Noel Morgan, Der Cogan, Dinny Allen, Jimmy Barrett and Seamus Coughlan were names from the Nemo camp that were to become household names in Cork in the 70s. Playing against the wind, Nemo were happy to be only a point behind at half time but a Dinny Allen goal 40 seconds into the second half set the Nemo men on their way to a richly deserved 2-9 to 0-8 victory. Hero of the hour was Billy Morgan with some marvellous saves in the second half. Nemo won their first title and in the past 50 years have captured a record 22 senior titles. In senior hurling, Glen Rovers landed a record-equalling 23rd title when beating Youghal, playing in their first senior final.

Dohenys had won the county junior football championship in 1966 and Newcestown repeated the feat the following year. Both campaigned in intermediate in the early 1970s and then the order was reversed as Newcestown won the intermediate football title in 1971 and the following year, 1972, Dohenys followed suit. Having dominated the early years of the south-West U21 football championships, Dohenys had a lovely mixture of youth and experience in the intermediate team. Well-established players like Johnny Carroll, John Crowley, John Young, and  legendary goalkeeper Diarmuid Mawe,  gave great leadership to young players like Brendan O’Rourke, Michael Cagney, Colman O’Rourke,Vincent and Seamus O’Sullivan, Denis ‘Nap’ Collins, Seanie Crowley, Derry Carroll, Donal Crowley and Andy Collins. They beat Glanworth by 4-10 to 1-7 in the county final.

While Dohenys were capturing their county football title, Newcestown switched codes and won the county junior hurling title. Having beaten Kilbrittain, St Mary’s, Courcey Rovers, Dungourney and Meelin along the way, they met favourites Kildorrery in the county final in the Athletic Grounds in December, with accomplished hurlers like Mackey Collins, Tim Crowley, Paddy Crowley, Finn Collins, Phelim O’Neill, Frank Kehily, Dermot Kehily, Kevin Callanan, Sean Crowley, Kevin Kehily and Jerry O’Callaghan on board. They looked to be in serious trouble at half time when they led by only two points having played with the breeze, but a great start to the second half, including two goals by Frank Kehily, set them on their way to a welcome 2-7 to 2-4 victory.

Proof that the junior standard was exceptionally high in Carbery at the time came when the junior football title was added to the junior hurling and intermediate football. The early 70s saw a great rivalry developing between Bantry Blues and Bandon in the South West junior A football championship, with. Bantry won the South West title in 1968 and 1969, Bandon taking over in 1970 and 1971. Nobody will ever forget the marathon in the 1971 final that took two and a half games to decide in Bandon’s favour, Denis Cotter’s late goal in the drawn game now part of West Cork GAA folklore. Better was to come in the semi-final in 1972 in Skibbereen when Declan Barron scored an impossible goal from a free in the dying seconds to end Bandon’s reign, a goal that is still talked about today by those privileged to see it.

Clonakilty’s second team were well beaten in the South West final and wins over Ballincollig and Boherbue in the county championship put them into the final against neighbours, Adrigole in Skibbereen again. A marvellous display by the Blues, against a game but outgunned Beara outfit, was good enough to win the title by 1-12 to 2-6. Donal Hunt, with his fantastic fielding and accurate kicking, was the top man for the winners with Pat Coakley, Brian Murphy, Tom Conway, Dan Dineen, Tim Sheehan, Denis Cotter, John O’Riordan and the dynamic Declan Barron all impressing. Those of us fortunate to see Hunt and Barron in full flight with Bantry in those years will never be short of great memories.

Amazingly, Bandon and Bantry also shared the junior B championships between them in 1972, Bandon taking the football and Bantry the hurling. Bantry completed a great year by winning the U21A football title, becoming the first team apart from Dohenys to win that title. Bandon won the U21A hurling and Newcestown won the U21B football.