The very early cars depended for their steering on a 'tiller' type of steering lever as in this Daimler from 1889 – the year ‘The Southern Star ‘was founded.

WE take it a lot for granted, but the steering wheel is one of the most important parts of our cars.

Self-evident, yes. If we can’t steer, we’re not going any further than the first bend. But there’s so much more to the steering wheel of today than when it was invented back in 1894.

For instance, the latest in a long line of Mercedes-Benz car steering wheels will be making its debut later in the summer, adding capacitative facilities that, among other things, will gauge whether and how hard you are holding the wheel.

For a decade or more now, optional controls on our steering wheels have been growing, to the point that in some versions there are more buttons there than on any other part of the car.

Leaving aside the stalks for indicators, lights and wipers management, the wheel itself now sports buttons for handling messages, entertainment, semi-autonomous driving, phone calls and more.

Indeed, it is now such a piece of tech marvel that Daimler’s designer of such wheels for 20 years Hans-Peter Wunderlich speaks of his latest creation’s parts as having proportions that are ‘absolutely harmonious.’ The airbag component is a ‘flattering sphere,’ the spokes forming a chalice.’ A piece of tech, in short, that
arouses emotions.’

Maybe the coronavirus lockdown has been getting to him ... ?

It wasn’t always like that. The very early cars depended for their steering on a ‘tiller’ type of steering lever. By its nature, it didn’t offer very precise control, but that didn’t matter much given the low speeds and indifferent road surfaces. 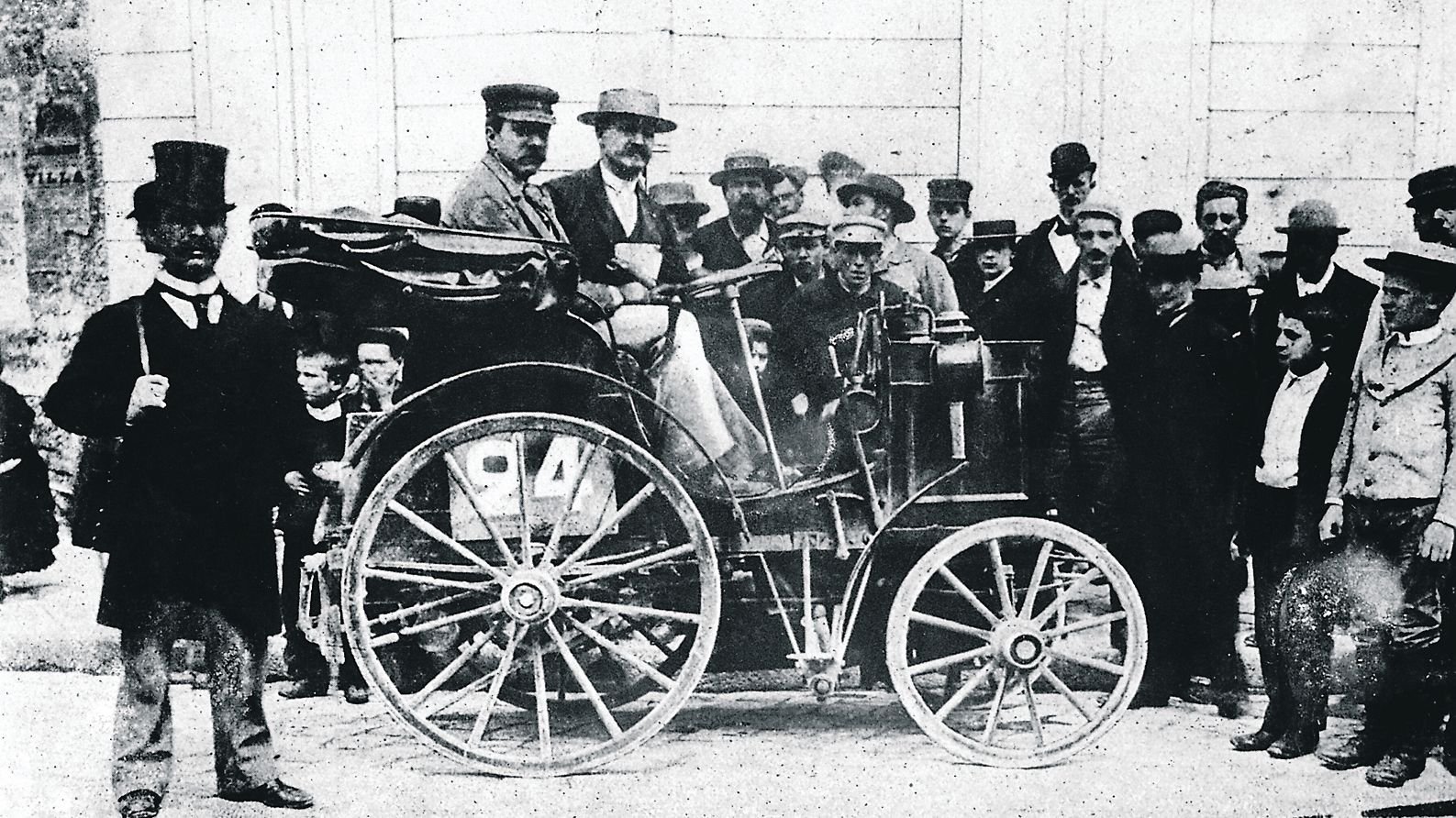 Alfred Vacheron installed a steering wheel instead of the lever in his Panhard & Levassor car for the world's first automobile road race, from Paris to Rouen.

In 1894, French engineer Alfred Vacheron installed a steering wheel instead of the lever in his Panhard & Levassor car for the world’s first automobile road race, from Paris to Rouen. It gave him better control, and he could drive faster. He didn’t win, but the point was made.

In 1900, Mercedes-Benz forerunner Daimler added a steering wheel to its Phoenix racing car, with a novel tilted column which made it easier to turn. Two years later the Daimler Simplex had levers on the wheel to control ignition timing and fuel richness.

A bulb-horn on the wheel rim gave way to a klaxon operated from a button on the centre boss, and by the 1920s that had advanced to the horn ring that could be pressed while still holding the wheel.

In the late 1940s, the same ring could also be used to activate the pop-out indicator arms, common until replaced by front and rear indicator lamps in the mid-50s.

This was also when the gearshift was moved to the steering column. Among other things, that last allowed for a bench front seat which could hold three people, like the Ford Consul that I learned to drive in back in 1962.

The wheel still required considerable effort to turn, especially at city speeds, so power-assisted steering began to get common in Europe from the early 1960s in more expensive cars.

The steering column was still the most dangerous item in a collision, though. Many a driver died impaled on the column end. Mercedes-Benz introduced the world’s first ‘split’ steering column which, combined with a collapsible baffle plate in the wheel boss, reduced such ‘lance’ effects.

The next addition to controls around the steering wheel was cruise systems, in the mid-70s. The active cruise controls which use radar to maintain distance from the car in front were introduced in the late 1980s.

Meantime, the design of the steering wheel changed dramatically at the turn into the 1980s, when airbags were introduced. 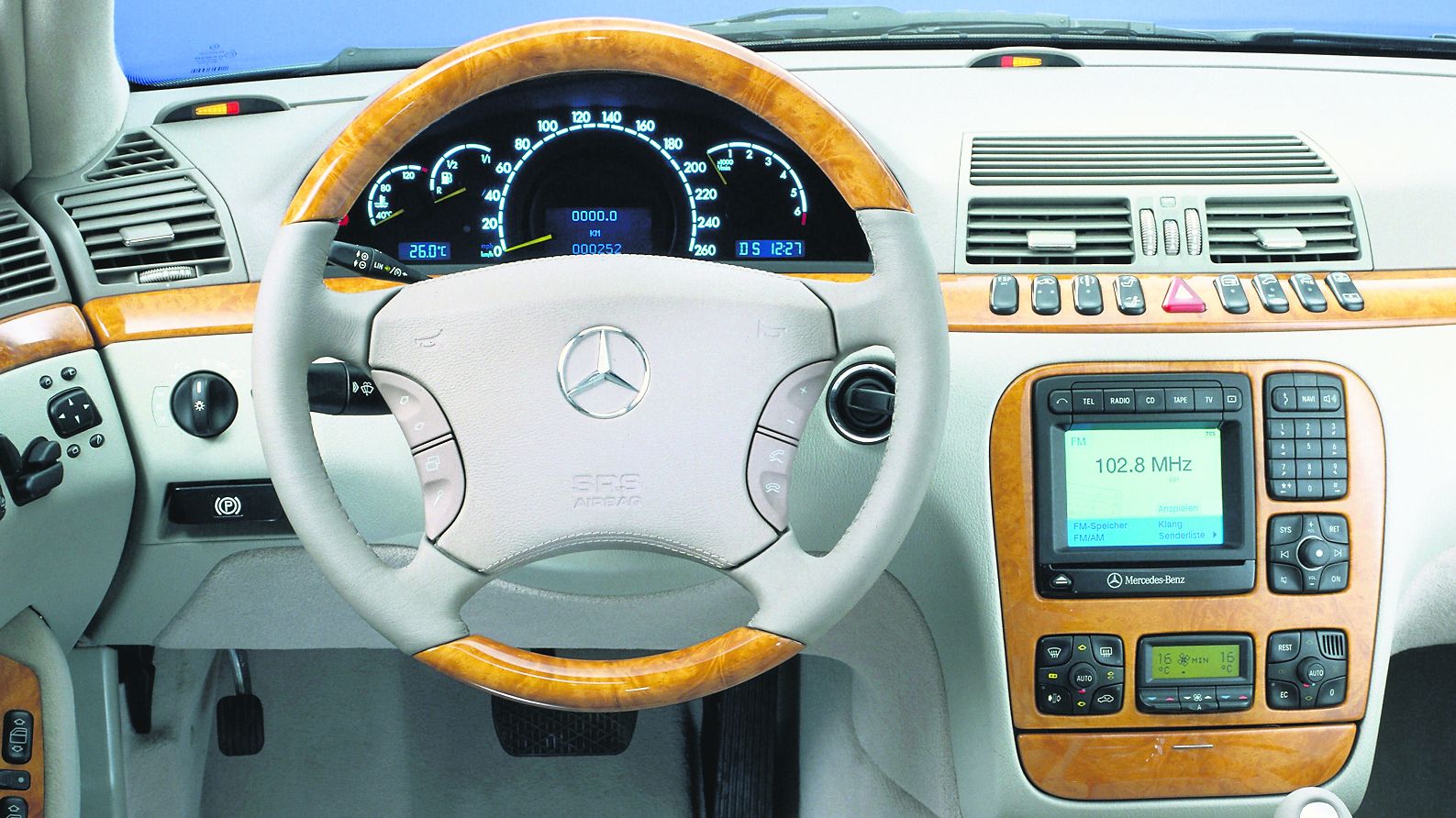 The multi-function steering wheel we are familiar with today came along towards the end of the 1990s, as seen in this luxurious 1998 S-Class Mercedes-Benz.

The multi-function steering wheel we are familiar with came along towards the end of the 1990s. From a multitude of pressure ‘click’ buttons, these have evolved into touch-sensitive ‘swipeable’ multi-function pads, introduced first in the 2016 Mercedes-Benz E-Class.

Downside? ... there’s now a big learning curve in getting to grips (ouch!, pun) with all of that.

A vision of a future with autonomous cars suggests that there will be no steering wheel at all, or one that folds into the dashboard until needed in abnormal circumstances. But in the meantime, it remains the part of the car with which we are most in contact, apart from the seat. 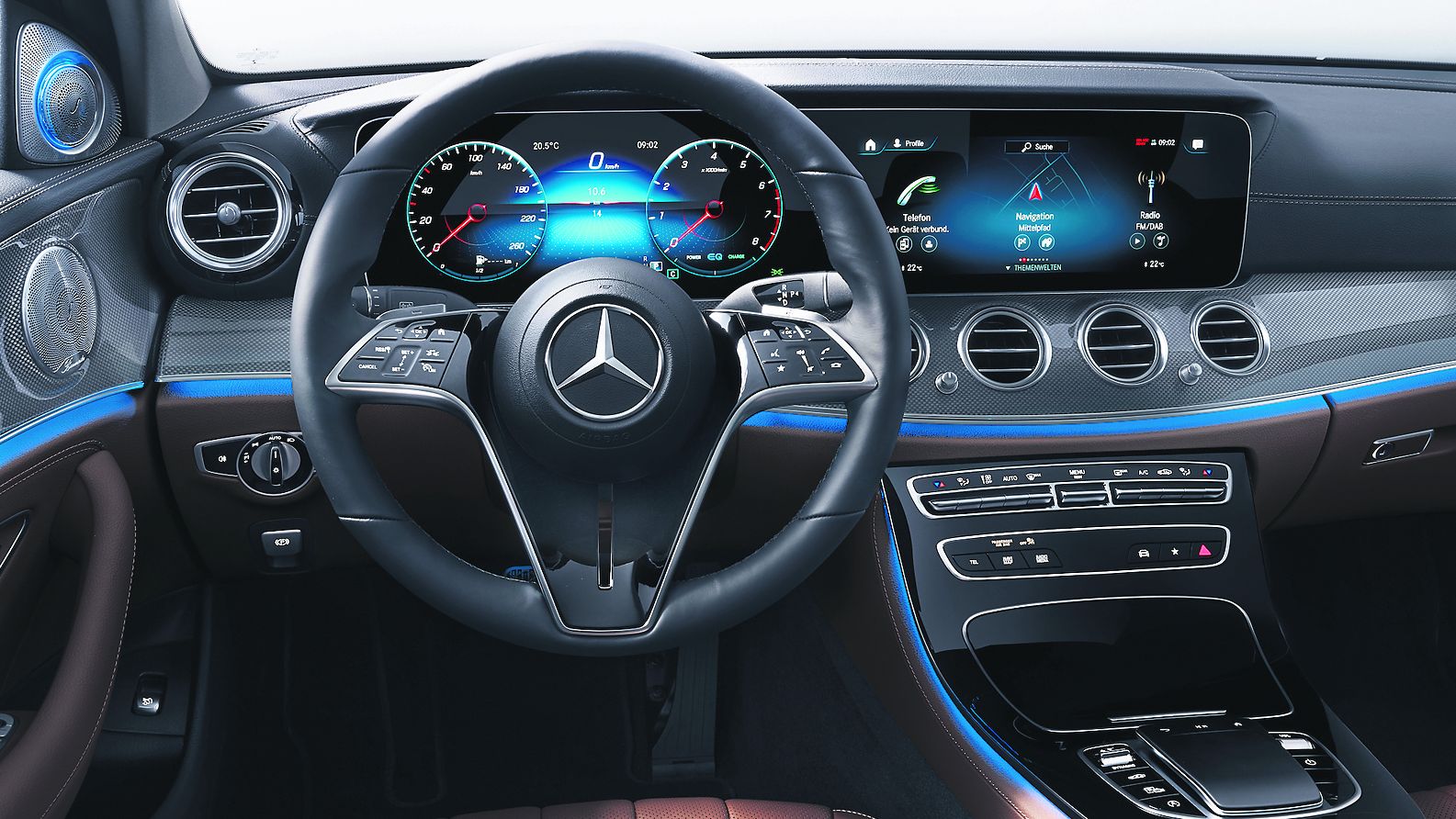 The latest in steering wheels due in the 2020 E Class Mercedes-Benz with proportions that are ‘absolutely harmonious.’