In the latest in our ‘Welcome to West Cork’ series, Elaine Desmond meets a Polish chef who calls Skibbereen home

PIOTR Wojakowski followed fish from Poland to Ireland and on to Japan. From angling in freshwater lakes near his home city of Sosnowiec to fish mongering in Field’s SuperValu in Skibbereen, to fish sushi training in Tokyo.

A Sosnowiec native, Piotr is from a city of just over 200,000 in southern Poland famed for the country’s first mining museum. It is less than 10 miles away from another larger city, Katowice. A rural dweller he was not.

A qualified chef, lured by friends’ bait of certain employment, he moved to West Cork in 2007.

Like catadromous fish, he migrated from freshwater to salty seaside, you could say!

Arriving on a Monday he stepped into a new job on Tuesday and spent a few months acclimatising to rural living and a new country.

Naturally, angling was one of his first local pastimes but he soon found his city batteries needed more activity.

Recharging soon arrived in the guise of his wife Monica and son Oliver, then three- year-old.

Their daughter Natalia arrived in 2010. 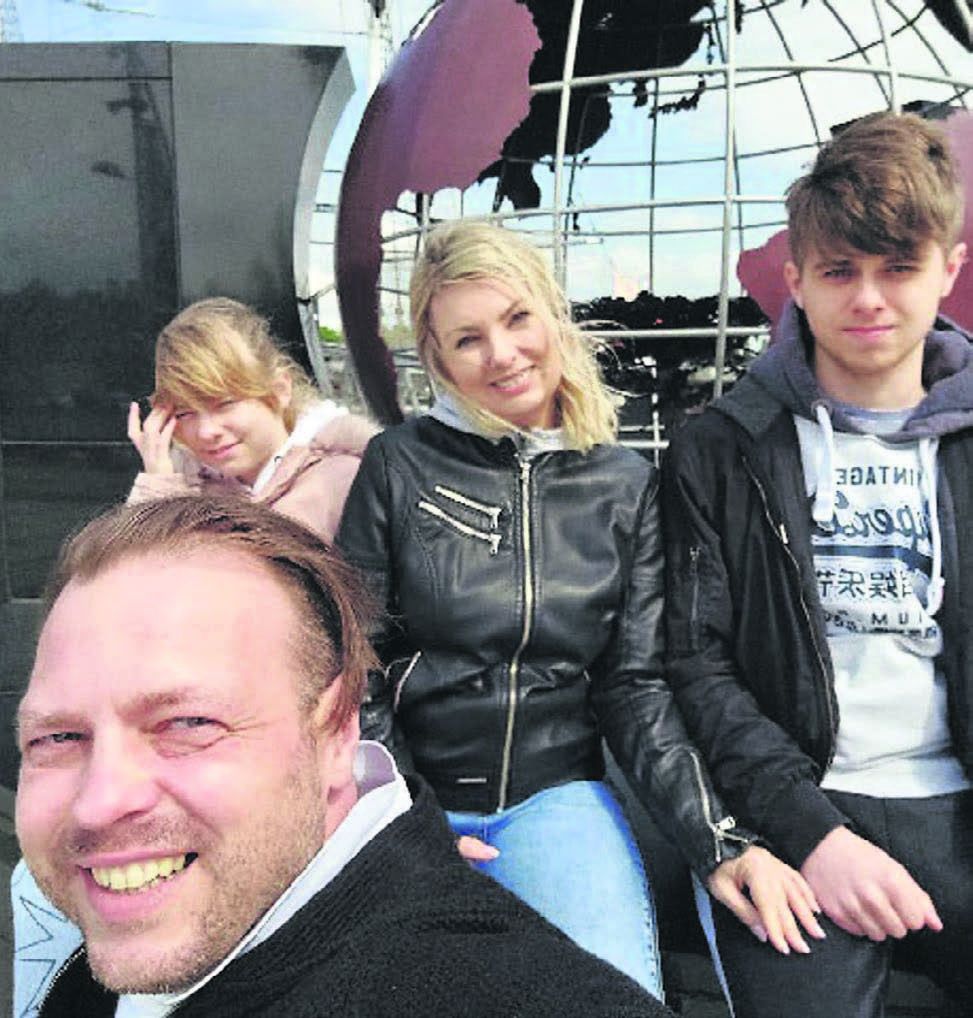 Piotr with Monika and their children Natalia and Oliver.

Life ticked busily by, after one year working in Gallagher’s Restaurant with Clare and Martin Gallagher, Piotr then moved on to SuperValu’s fish section in Skibbereen.

Here he worked for 12 years developing a wide knowledge of all things fishy.

He discovered much more about white fish, such as cod and herring, in Ireland as he admits this particular type isn’t always wonderful when caught in the Baltic Sea – the closest option in Poland.

During his 12 years as a fishmonger he noticed customers were also eager to discover more about their prospective dinners. They usually asked the same questions – what was what and the best way to cook the best bits.

In 2019 Piotr decided to follow a ‘natural current’ of interest by training more deeply in aquatic culinary skills.

Even though he attended college in Poland to obtain his chef qualification, the course covered a wide range of foods and skills, he now wanted to concentrate solely on fish.

He sought a longer, more intensive option rather than a short fix or broad foods-based course. Only fish for Piotr. Obviously he would find one in Ireland to suit. No. Or in Britain. No. Or mainland Europe.

Surely France would have at least a month-long culinary arts, possibility dedicated to fish? Non!

Unbelievably, Piotr found his choice limited to Japan, but it was not the worst news, albeit coming with extra expense. He was always drawn to Japanese culture so with no reluctance he found himself in Tokyo in January 2020 train- ing to be a sushi chef. 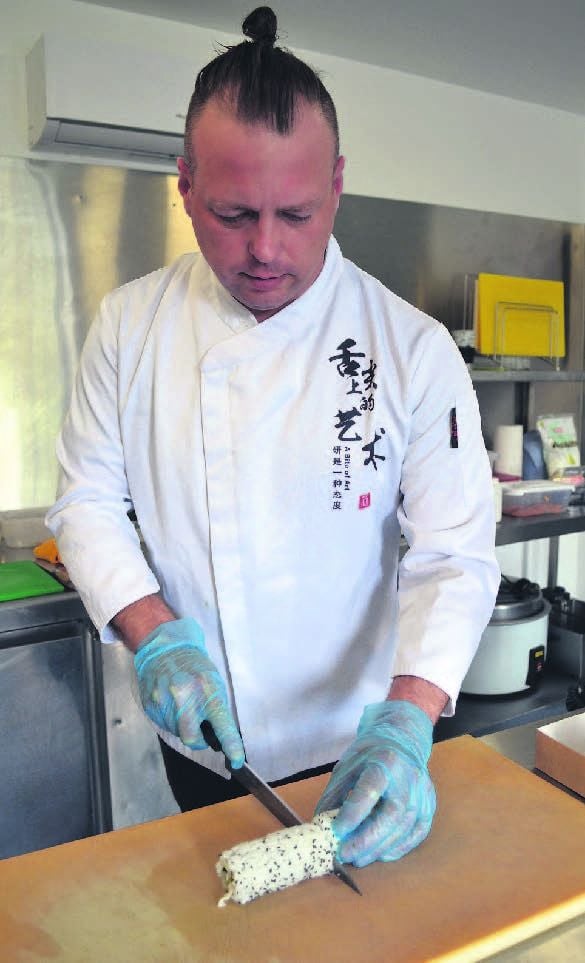 There, he learnt all aspects of fish preparation and, above all, respect for this special cuisine. Piotr says food in general is treated with great reverence in Japan. Precision, accuracy and neatness are key.

The whole culinary practice is vastly different to European methods. Not that food isn’t respected here, but in Japan it is raised to a ‘zen’ level.

Meat is laid out carefully and never slapped about, although partially this is to decrease bruising, but a pervasive attentiveness and appreciation exists also.

The respectful attitude is not restricted to chefs, but extends to all areas from fishers of the seas to delivery staff.

An ‘octopus massage’ occurred in Tokyo, where Piotr spent one hour tenderly kneading a cephalopod.

All aspects of sushi making were covered – from rice preparation to fish filleting. Sushi mastery is a slow and reverential process. Piotr says in Japan the first stage consists of rice preparation for one year, before moving on to the chopping board.

He returned to Ireland just before lockdown, intending to return to his fishmonger position. Instead, with takeaways the order of the day he started his own business Tokyou Sushi.

Respectfully, he spent the first year perfecting his rice, sourcing best options and testing ideal absorption rates. The outlet he uses in Drimoleague is gleaming clean and neat. He and Monika now provide sushi to the likes of Centra, Londis and SuperValu, from Bantry to Skibbereen and Clonakilty.

Vegetarian and vegan options are also available. This is one of the major changes he noticed in Ireland – new foods such as Thai, Chinese, Brazilian and a greater desire for meat-free food.

Will Piotr make any further changes soon? Definitely no change to occupation, as he prefers cooking fish to catching, because his one and only trip on a West Cork trawler ended in sea-sickness!

‘I don’t need to make it bigger, keep it artisan, keep it West Cork – good food for good people.’

Read more from our Welcome to West Cork series here.