In the first of our occasional series on new immigrants in West Cork, Elaine Desmond chats to Algerian Yousra Fares, who came here in search of a better life, and says she’s found it

Yousra arrived in Ireland with husband Rami in November 2020 escaping a restricted life in Algeria. Constricted by limitations, people crave futures open to possibility. In a place where hope and possibility exists. Thankfully Ireland is that place of possibility where Yousra hopes to base her future.

When we meet it is Ramadan, a month of fasting be- tween sunrise and sunset. Inexperienced minds and bellies might wobble in fright at the premise but Yousra shines a positive light.

She explains how wonderful it is when families get together over every evening meal. A mini celebration and reward at sunset after a day of fasting. Technology allows her to share the dinner table remotely with her family in Algiers.

This connection is vital for Yousra. She tries to speak daily with her mother Nawel Bachta.

‘If I don’t hear her voice I feel lost,’ she says.

She says her mother was hospitalised recently with a medical emergency and her grandmother was also sick. Her voice wavers. Her eyes well up. She misses her family greatly but is very glad to be in Ireland. When making the decision to seek asylum, her mother’s advice was: ‘Trust and go.’ 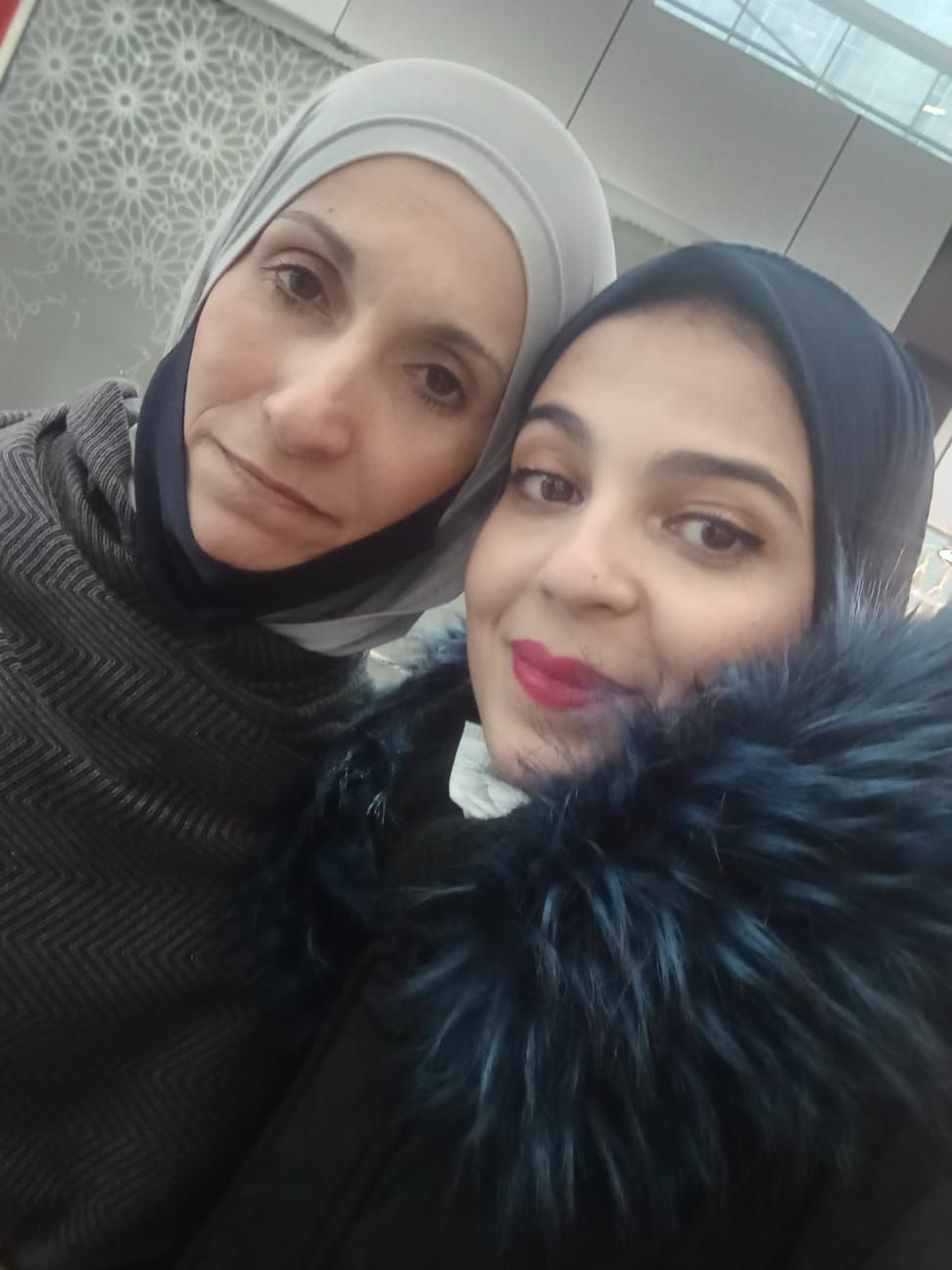 Yousra with her mum, who she speaks with daily and misses terribly. Her advice to her daughter on leaving Algiers was to ‘trust and go.’

Yousra and Rami await their second interview to gain asylum papers. This would enable the couple to leave the Direct Provision Centre in Clonakilty and find a place of their own. It would also allow Yousra to travel back to Algiers to see her family.

‘It is my only wish to hug and kiss my mum,’ she says.

In A Single Swallow Horatio Clare describes his Algiers hotel view as ‘full of sea and white roofs and a blue sky spinning with swifts, I was smitten.’

Understandably Algiers native Yousra had concerns about settling into Clonakilty compared to her sun-baked home city. As an asylum seeker, leaving her family and city of two million behind, relocating to a not usually sun- drenched West Cork town, population 4,000, was never going to be easy.

However, Yousra now loves her new home and in just over a year is immersed in the community through her work and voluntary contributions. Separated from her immediate family and friends, no job, no transportation, no social connections and very little English, plucking a new life from a new perspective was daunting.

The desire to create a new future is something Yousra has in common with thou- sands of Irish immigrants over recent and not so recent decades.

First, with connection to the fore, she tackled communication – social contact is vital to her. She says: ‘If you want something you can do it.’

Her resilient, positive attitude steers her well. Learning vocabulary via Google she is now a fluent English speaker. Not via one-to-one tuition or college classes but self-propelled learning via a search engine.

Tackling English was also paramount as she might need to translate for her diabetic husband – if he has a med- ical emergency she will be prepared. Always thinking of others.

With Arabic and French already under her language belt, Irish is next. She plans to learn the ‘cúpla focail’ as she feels it’s important for cultural connections.

Yousra is already a valued member of her local community – fundraising for the Clonakilty Youth Centre by dishing up over 150 burgers with Rami.

Yousra’s involvement with the local Tidy Towns organisation is hugely important to her.

Not only a wonderful way to connect with neighbours and develop her language skills, she also wants to contribute to her community and return the céad míle fáilte.

She treks the streets weekly with the Tidy Towns group, manning pavement pick-me-ups and prettifying the streets. Her first job was factory based but she soon moved on to a role where people are more central and social connection is crucial.

She delights in her work with elderly residents in Care Choice and also as a community home help.

It is more than a job to Yousra as she explains how she likes to find out more about each person and digs deeper into their life story. After completing courses in pre-nursing and health and palliative care, she will continue on to nursing studies in September.

Yousra’s can-do-will-do attitude will take her wherever she wants and luckily for the community, right now her choice is West Cork.