Sam Mc Nicholl of Connolly's Leap says the sector will need a major bail-out to get back on track.

The global pandemic has given the live music sector a major battering with all gigs cancelled for the foreseeable future. West Cork is home to some of the country’s most iconic venues and their owners share their thoughts on the serious challenges Covid-19 has thrown them

SAM McNicholl, owner of the cult music venue Connolly’s of Leap, admits to feeling deflated as, at the age of 29, he’s facing into the second recession of his adult life.

The doors of the venue have been shut, like all others, since mid-March due to Covid-19, and Sam feels his sector is in ‘game over’ territory.

He reopened the music venue and bar that’s been in his family for generations in 2015, but due to licensing issues, he says he has only traded one year in the past two.

‘Do the sums on that,’ he said. After dealing with the immediate logistics of closing the business, returning tickets, cancelling weddings and events including the Hot House Flowers who were due to play for his dad Paddy’s 10th anniversary this summer, Sam decided to take some time out.

‘I went off-line for two months, I was just feeling so heart-broken to think this is where we were at after all the sacrifices I’d made for Connolly’s. I feel better for it, but I think in general people are underestimating how big a bail-out the sector will need. We should be booking 2021 events now,’ he said.

Having invested so much in getting the venue to where it is today, it was IMRO's Munster Live Venue of the Year in 2018, Sam feels he didn’t have enough in the tank to change the business model and operate as a take away, or go online during the pandemic.

‘All the investments we’ve made have been for this to be a live music venue,’ he said. 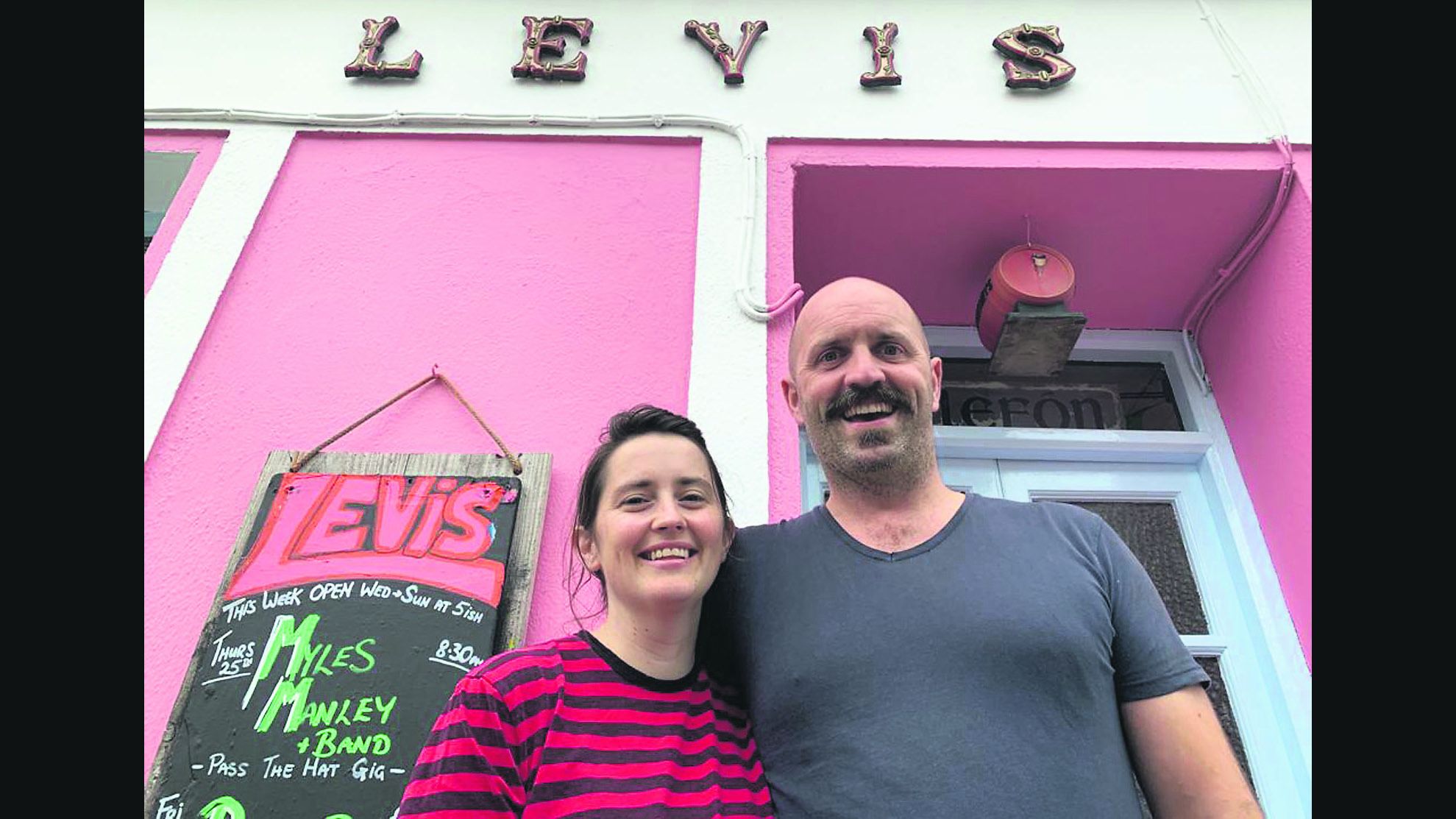 Over in Ballydehob, Joe O’Leary of Levis’ says it’s a case of ‘battening down the hatches as the situation might continue for 12, 16, even 18 months.’

Joe, who runs the bar with partner Caroline, faced a major disappointment when the pandemic nearly derailed their massively popular Ballydehob Jazz Festival over the bank holiday weekend.

‘That was a big downer. We spend 18 months tipping away at it, and the last three months then are really intense,’ he said.

They salvaged the event by moving some acts online, with bands pre-recording or live streaming from Berlin, to Belgium to Cork.

But Joe feels that as a bar owner the government is treating him as ‘the bold boy in the class.’

‘Restaurants who sell drink can open before pubs who sell food. They can’t open until the final phase. We don’t do food anyway, so it’s all theoretical until we’re actually in it, but I think people are very good at self regulating.

‘We’ve a tiny bar and if we can only accommodate a handful of people there would be zero financial purpose to opening. It would only be for social purposes, and you could only afford to do that say one day a week.’

However, the father of two does feel optimistic that live music will be heard in Levis’ again, and in the meantime he hopes to support the music industry, which has taken a major financial battering, by moving more into the virtual space.

‘It’s about supporting musicians and keeping the village alive. We really admire what Ray Blackwell has been doing for weeks now in De Barra's in Clonakilty, even from a technical perspective,’ he said. Ray says he’s just been trying to make the best of a bad situation by moving their performances from the physical to the virtual setting. 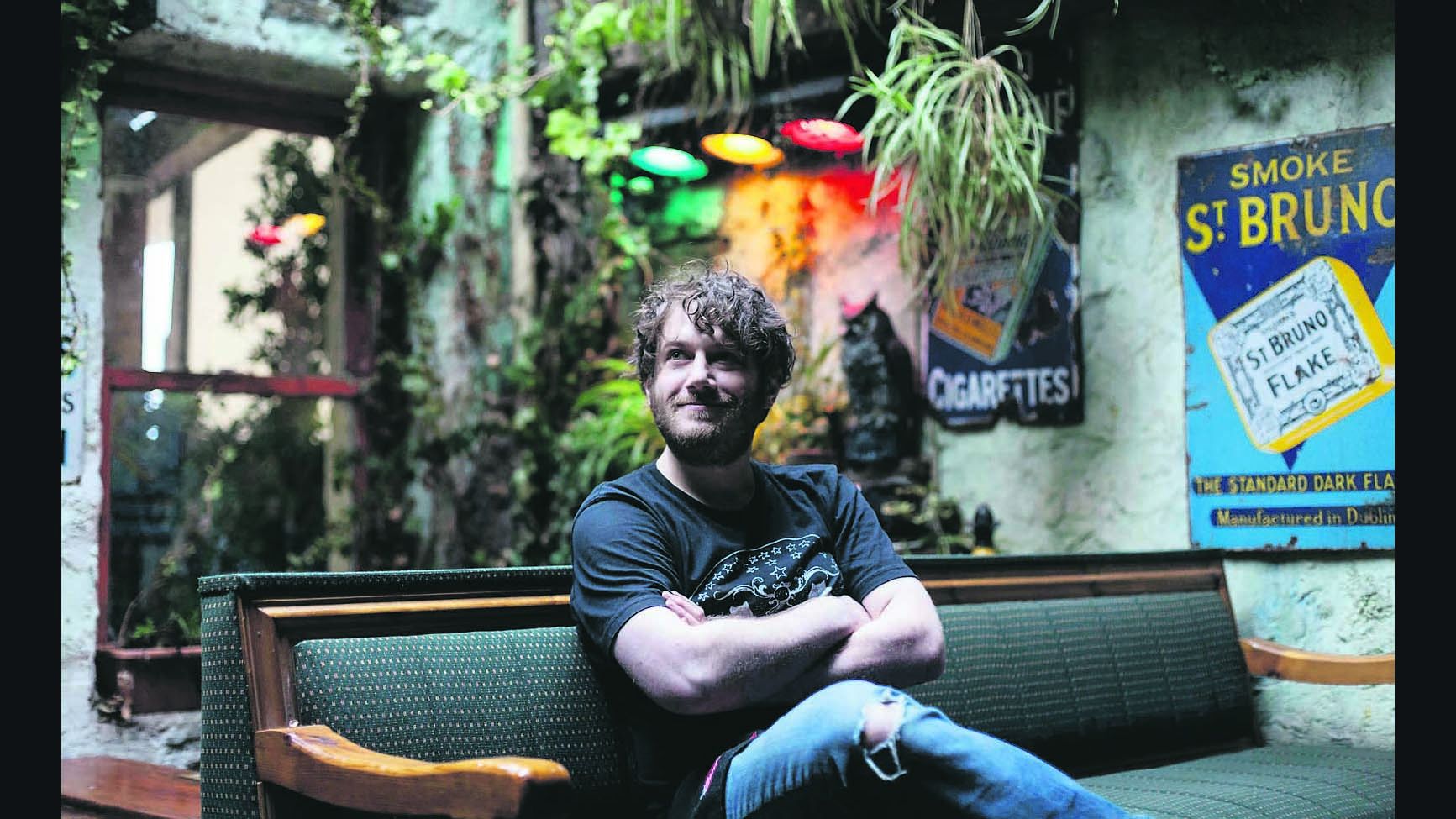 Since March 24th, they’ve been hosting Sitting Room to Sitting Room Sessions, live on their Facebook page, at 9.30pm every night, and 8pm on Sundays.

Ray, who runs the iconic live music venue with his brother Brian, said: ‘It’s about having certainty and consistency in the midst of all this chaos. It’s about supporting acts and connecting the community. We’re not reinventing the wheel, we’re just moving into an online space.

‘There have been a few glitches along the way, but that’s an element of live gigs and only what you’d expect,’ he said.

He said they had encountered some sad Covid-19 related stories since they started this journey, of musicians having to cancel for various reasons, but that they’d always been able to keep the music going. They’ve had musicians perform from all over the world: ‘I think people look forward to it, its regularity, as it’s giving them a chance to tune out from what’s going on.’

Ray, dad to a four-year-old and seven-month-old, is kept busy day to day: ‘There’s lots of jobs and maintenance to be done. The bar is like a living creature and needs to be patted and rubbed down. It’s a different dynamic in a climate of uncertainty.’

Naturally they’re mad to reopen: ‘We’ve had lots of thoughts but our first priority is the safety of staff and customers. We have to be socially responsible. We’re just taking it one live stream at a time.’