DUNMANWAY's Veronica Horgan wasn't going to get caught up in last week's 'Operation Transformation' controversy which had the whole nation talking last week. 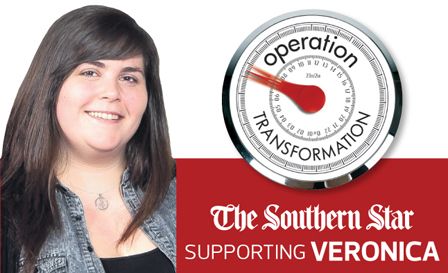 DUNMANWAY’s Veronica Horgan wasn’t going to get caught up in last week’s ‘Operation Transformation’ controversy which had the whole nation talking last week.

She refused to be drawn on Dr Ciara Kelly’s harsh criticism of Eilish from Wexford for missing her target weight loss of 2lbs after a day at the races.

‘No comment,’ Veronica said with a laugh. ‘It’s not my story: everyone taking part in the show is given a chance to say what they want to say, and Eilish is well able to speak for herself!’

Veronica, West Cork’s inspirational leader on the popular RTÉ programme, is on track to reach her two-stone target, despite some setbacks along the way

‘It’s all going very fast but I’m happy with the weight loss, even if it looks more impressive on paper,’ said Veronica, who is impatient to be down a complete dress size. Although at the weekend she did – for the first time in a very long time – buy a size 14 skirt in a regular High Street shop.

‘I am down. I know that. I just don’t see it yet,’ said Veronica. ‘But what I am really noticing is the health benefits. I am a lot healthier than before I started the programme. I’m getting used to eating regular portions. My family are cutting down on their portion sizes too.’ Her partner, Eoghan, has even got in on the act, having lost three pounds in two weeks.

Veronica said she is able for all the attention: ‘I like meeting people and talking to people. That doesn’t bother me, but I do miss having time to myself.’

The ‘Operation Transformation’ leader has to take Monday off to go to Dublin and when she comes back she still gives it 100% at work, but she also has to find the time to prepare her meals, as per her planner, and do her exercise regime.

‘It is probably Eoghan that feels it most,’ she said. ‘But last night we went to the cinema for the first time in about two months and totally forgot about the show. It was just the two of us in a little bubble, and it was great.’

Anyone who would like to take part in an Operation Transformation 10k fun cycle at 10am this Saturday morning, February 7th, can register online at https://www.surveymonkey.com/r/7W3NJZF