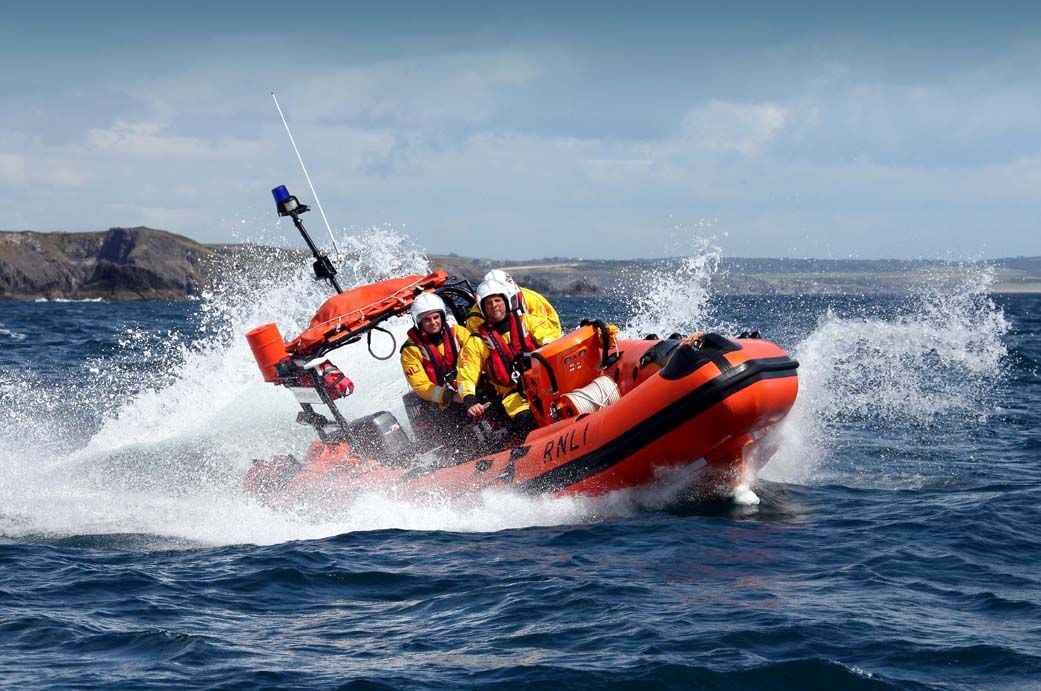 UNION Hall RNLI rescued two men this afternoon (Monday 8 June) after their 18ft pleasure boat got into difficulty off the coast of West Cork.

The volunteer crew was alerted shortly after 1.30pm by the Irish Coast Guard following a report that a pleasure boat was experiencing engine problems south of Castletownshend Harbour.

The inshore lifeboat helmed by Chris Collins and with Anthony Walsh and Stephen Hurley onboard launched within five minutes and made its way to the scene.

Weather conditions at the time were described as good with a Force 2-3 wind blowing and a moderate sea.

The lifeboat crew located the vessel a short time later at 1.56pm and observed that the two crew members onboard were in no immediate danger.

Union Hall RNLI proceeded to establish a tow line and bring the two men and their boat safely to Union Hall.

Speaking following the call out, John Kelleher, Union Hall RNLI Lifeboat Operations Manager said: ‘The crew onboard the pleasure boat did the right thing this afternoon by alerting the emergency services once they found themselves in difficulty. Our volunteers who responded quickly, were delighted to be able to assist and we are pleased that everyone has now been returned safe and well to Union Hall.’