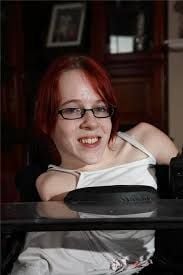 UCC WILL be the sole focus of RTÉ's Nationwide programme this Friday 6 March at 7pm.

UCC Criminology student Joanne O'Riordan, a scholar on the UCC Quercus Talented Students’ Programme (http://www.ucc.ie/en/quercus/) and one of only seven people worldwide with Tetra-amelia syndrome (see documentary ‘No Limbs No Limits’), will discuss her experience of university life. Students from music, law and science as well as Dr Michael Murphy, President of UCC and Mark Stanton, UCC Students’ Union President, will also be interviewed.

Student and harpist Fiachra Ó Corragáin will also contribute, having composed a piece in honour of Nationwide called ‘Planxty Mary Kennedy’ to be premiered on the programme. He is based out of the School of Music and Theatre at UCC.

He couldn’t be doing his PhD on ‘new composition in the traditional idiom’ in a better place as UCC was the home of the late Seán O’Riada, the most influential figure in the revival of Irish traditional music during the 1960s, and other luminaries such as Micheál Ó Suilleabháin and current staff member Mel Mercier.

UCC’s celebration of the bicentenary of mathematical genius George Boole will form a central segment also on the programme (http://www.georgeboole.com).

The first Professor of Mathematics at UCC, Boole is often described as the ‘father of the information age’. His appointment at UCC in 1849 provided the opportunity to develop his most important work, An Investigation of the Laws of Thought.

His legacy surrounds us everywhere, in the computers, information storage and retrieval, electronic circuits and controls that support life, learning and communications in the 21st century.