The Hobbs home in Ballincollig which is a house of the year finalist. (Photo: Gillian Carney)

The Hobbs home in Ballincollig which is a house of the year finalist. (Photo: Gillian Carney)

Playful interior of one of the bedrooms in the Hobbs home in Ballincollig. (Photo: Gillian Carney)

One of the cosier nooks in the Hobbs home in Ballincollig. (Photo: Gillian Carney)

A CORK family with three young kids spent two years living in a mobile home on a building site so they could make their dream house a reality.

And while it wasn’t without its challenges — including joyously welcoming a new arrival to the family mid-build — it clearly paid off as they featured in this week’s edition of RTÉ’s Home of the Year. 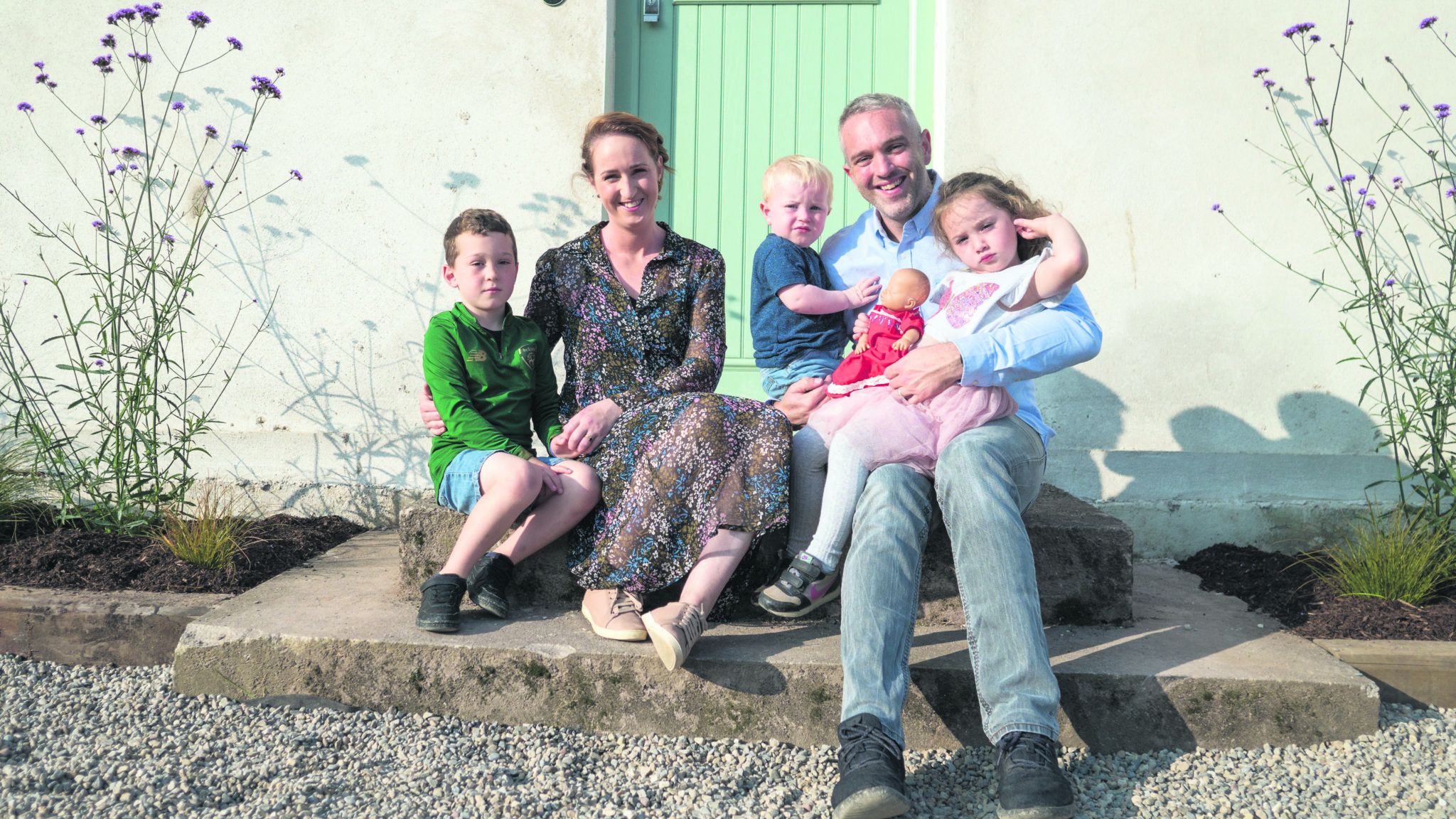 Rachel and Rob Hobbs bought their run down farmhouse in Ballyburden, Ballincollig in July, 2017.

And while Rachel, an interior architect and designer originally from Dublin, admits that it wasn’t their dream house to start with, it was a dream project.

Before this, the family lived in a house in Ballincollig they had renovated on a much smaller scale. 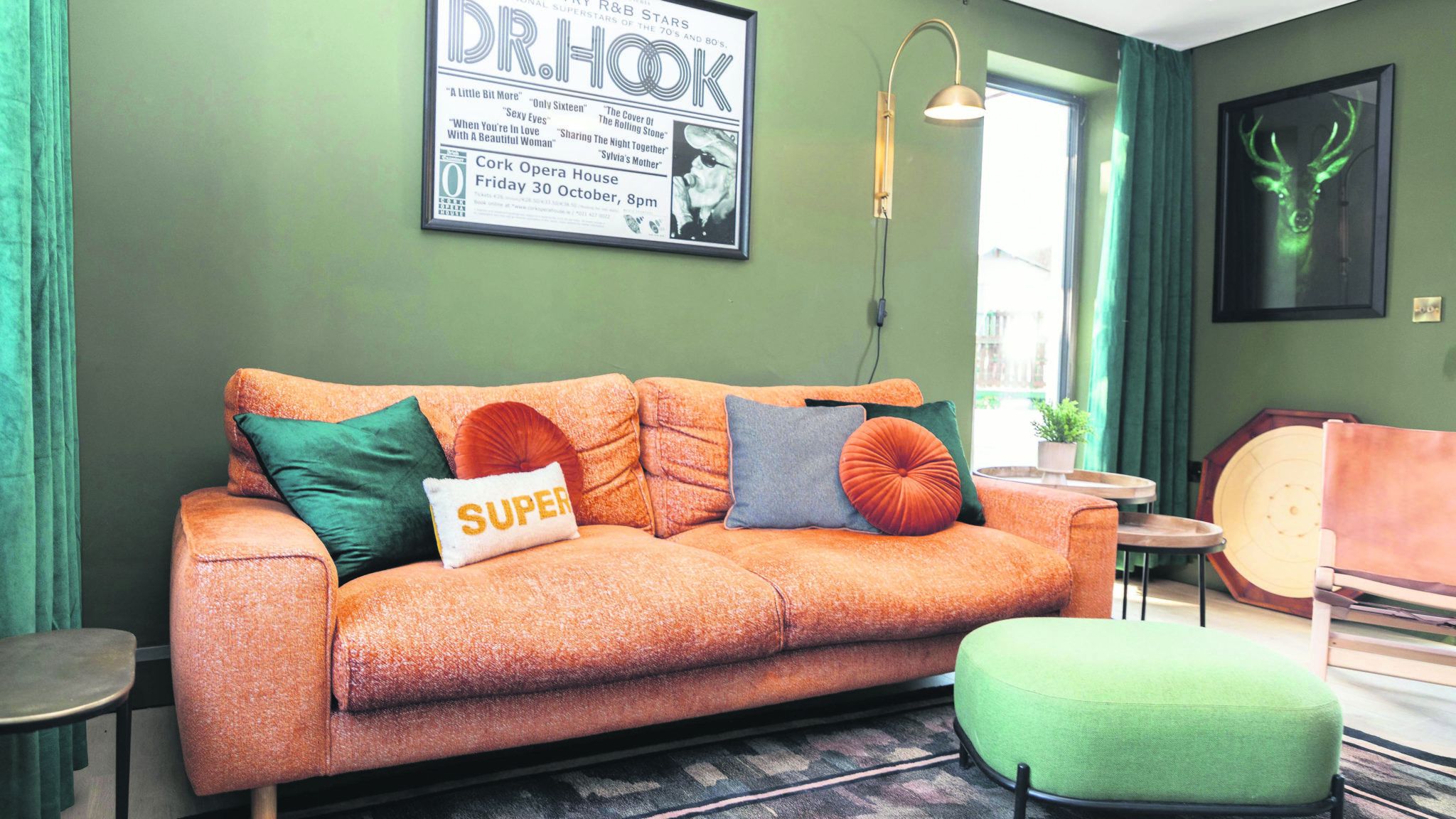 They sold this and for practical reasons they opted to buy a mobile home for around €12,000 and live on site for the duration of the self-build.

They began demolishing the building in November 2018 and moved in December 2019.

They wanted to reflect the original house and surroundings as well as having a home that could work for three small children, which means there’s lots of fun elements. 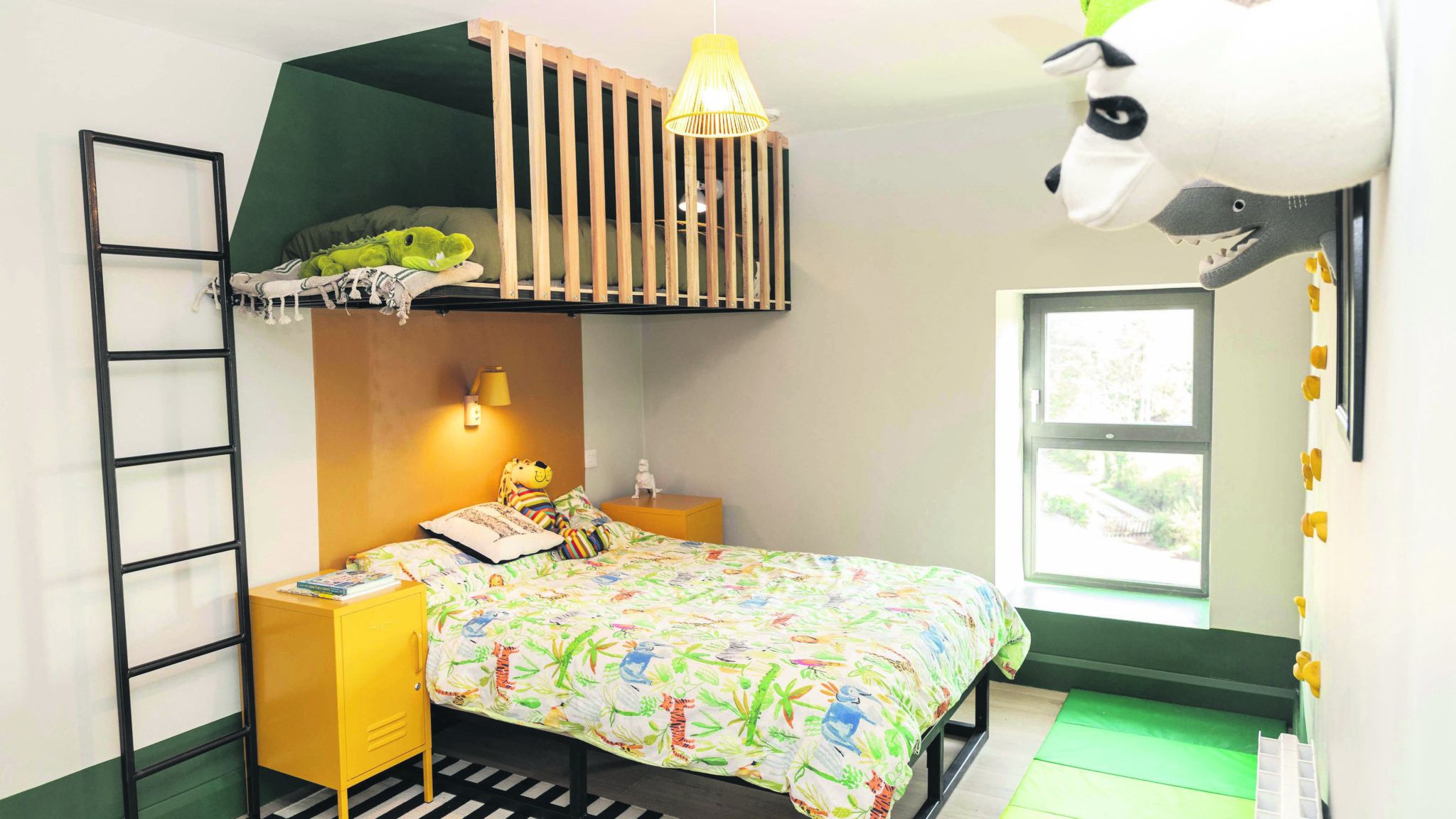 Playful interior of one of the bedrooms in the Hobbs home in Ballincollig. (Photo: Gillian Carney)

These include a floor net on the double height space from the landing down to the hallway, a climbing wall in their son’s room and a floating den which can also be used as a bed.

They worked with an architect on the design of their home and Rachel designed the interiors. 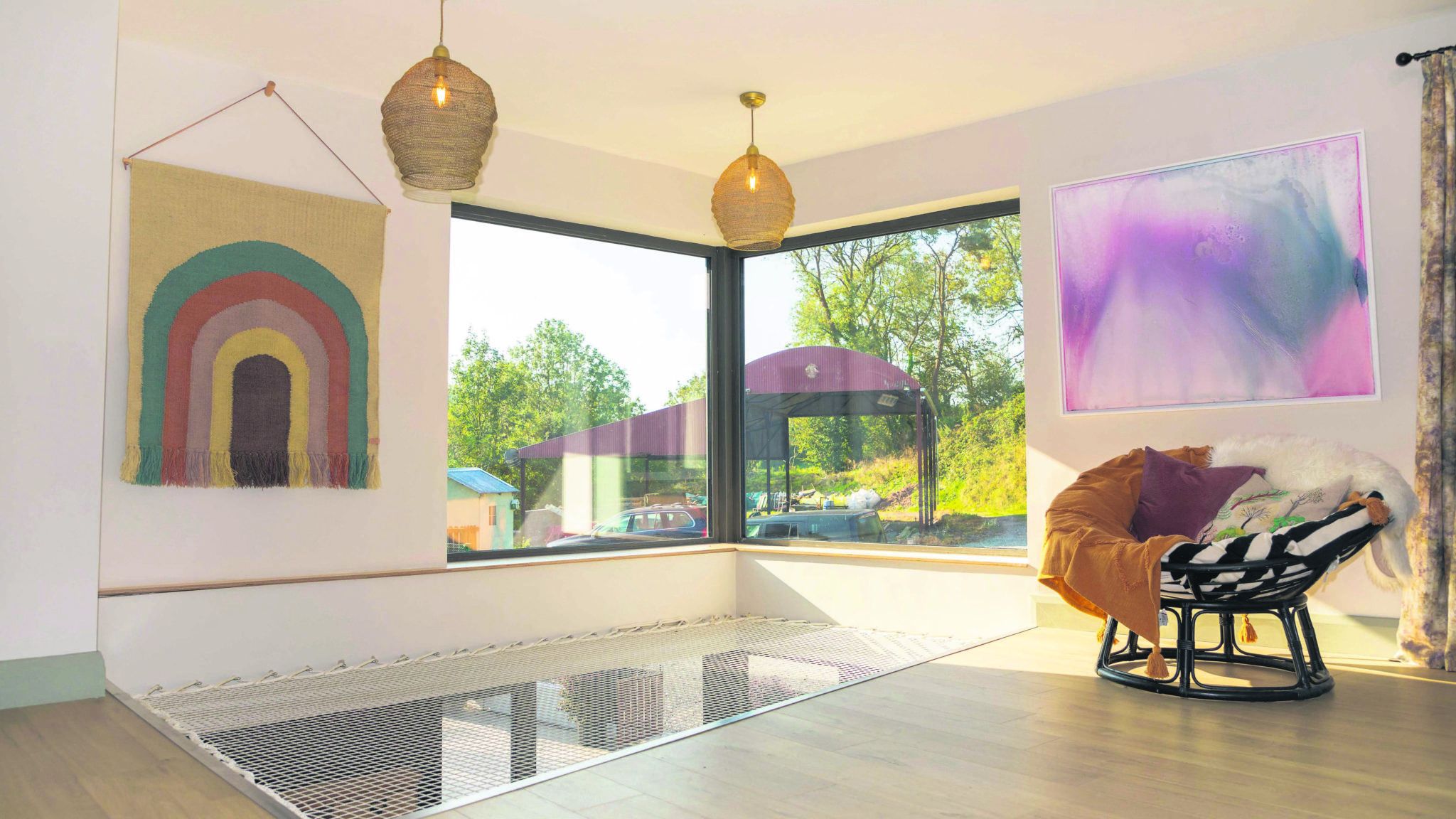 Their stunning home lost out on a spot in the final to Jennifer Sheahan’s workman’s cottage in Dublin.

Jennifer did a complete renovation, knocked internal walls, dug up the floor and lowered it plus added on an extra floor to make it a two-storey house.

Her use of space was what impressed the judges the most. 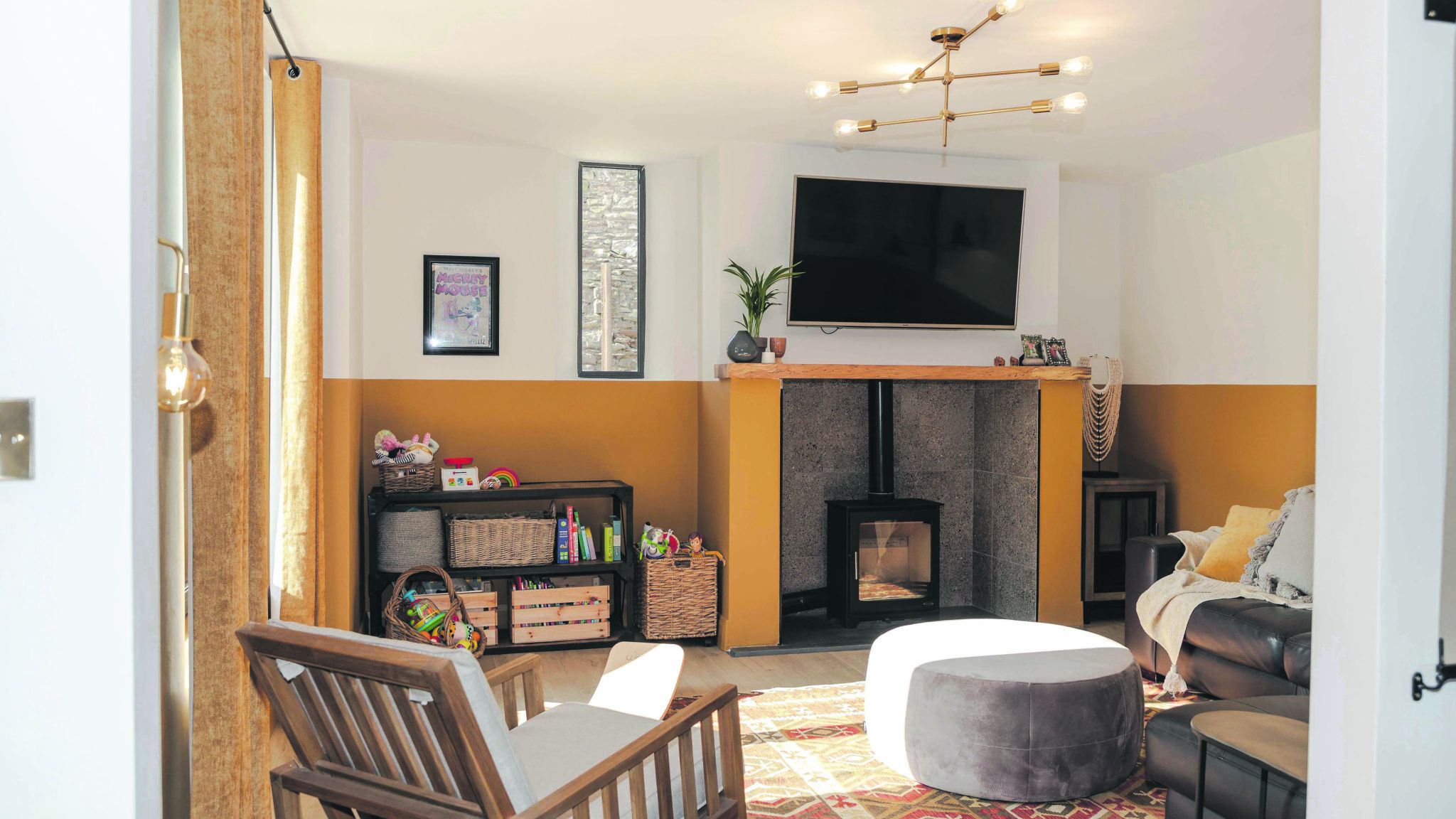 One of the cosier nooks in the Hobbs home in Ballincollig. (Photo: Gillian Carney)

Only two episodes in, this is the second Cork house to be showcased in the hugely popular RTÉ series.

The first episode saw David O’Brien, Ballygarvan win a coveted spot in the final for his modern and bespoke black house.

One of his most unique design choices, and which has almost divided the country, is the use of an 1800s piano as a kitchen island!

• For more on the series see this week’s Diary of a Demented Home Worker p20.