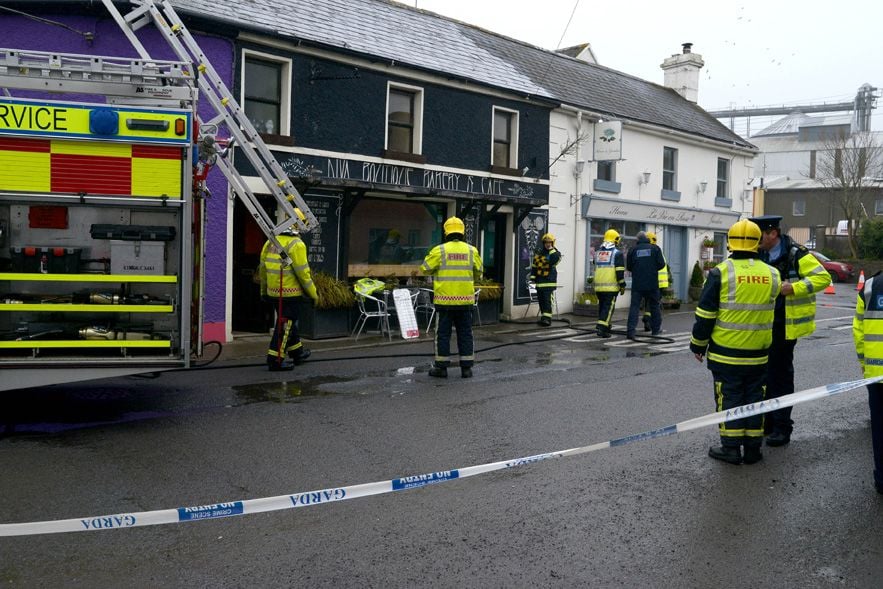 Emergency services pictured at the scene of a gas explosion where two people were injured at Ballinspittle Co Cork (Photo: Provision)

EMERGENCY services are in Ballinspittle following a suspected gas explosion in a café in the village.

Two people are believed to have been removed to hospital in Cork, following the incident.

Gardai, in a statement to the Southern Star, described the incident as 'minor' but confirmed that a man and woman were taken to hospital. The Health & Safety Authority is currently investigating.

Units of Kinsale and Bandon fire services attended the scene. As a result, the Clonakilty/ Kinsale Rd (R600) is closed in both directions at Ballinspittle due to the incident, and diversions are in place.