I REVIEWED a more powerful version of the C-HR last year, one with 60hp more than the one I’m driving here. There’s not a lot new I can say about the style and design than I did then, which was summed up in that it catches the eye, and the eye likes it.

There are four Toyota models in the top ten sales in Ireland at the moment, and the C-HR is one of them. With the Corolla consistently the brand’s best seller, the C-HR is holding its own, currently at number seven in the country. That’s a considerable achievement for a small SUV. In fact, it’s the only small SUV in the top ten.

That’s in part due to the looks. Which are distinctive, to say the least. I’ve always said the C-HR styling has a lot going on, and it still has. A lot that you get to like the more you spend time with it. Especially if you spend time looking at it from the rear three-quarter angle, where there’s nothing else like it.

Inside is also catchy, with a dominant high screen, deep nacelles (holding areas) for the main instruments, quality physical switchgear and a chunky steering wheel. There’s a good driving position for tall people, though getting in always did involve my winter woolly cap being knocked off. Given the segment, those in the back get decent room, too – once they get the hang of the semi-concealed door openers outside. The boot is adequate, though luggage for four on a weekend away (remember them?) could be a challenge. 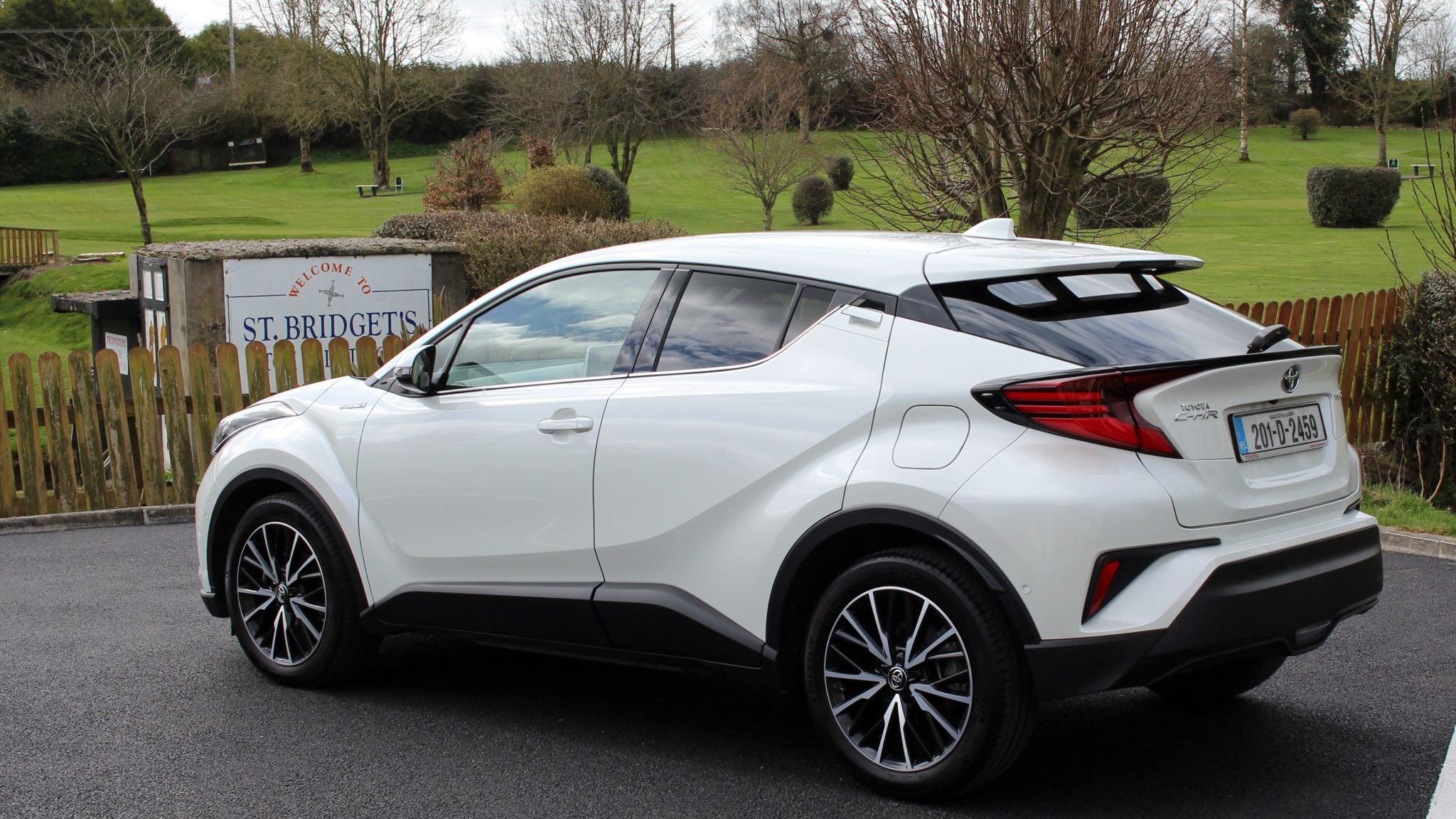 C-HR makes a statement. That you’re young, cool, or young at heart and want to be cool. Also that you have sporty leanings. But if that last bit means you like to flick the gears, you’re not going to do so here. Only hybrid powertrains are available in our market, and that means they’re all automatic. I think that’s a plus, but I’m at an age when I couldn’t pretend to be young and never needed to be cool, and sporty is someone else’s bag. But the C-HR felt good just the same, and it does have the ability to lift the mood.

The powertrain is a petrol four with electric motor and the now-commonplace hybrid management. Commonplace in many brands, yes, but I always remember that it was with Toyota that all this electrification started. So I always, when in what are now almost universally hybrids through the Toyota range, give a nod to the early genius, and the road less travelled that the Prius had to tow everybody else onto.

Something I keep meaning to say, but never do. There’s no free lunch in a hybrid. Batteries need to be charged, and that takes energy from the internal combustion engine, and it could be argued that it comes from extra fuel burned. But what the hybrid does is allow much more efficient operation in town use, where an ICE motor on its own is at its least efficient and electric motors are at their best. That’s where the win is. 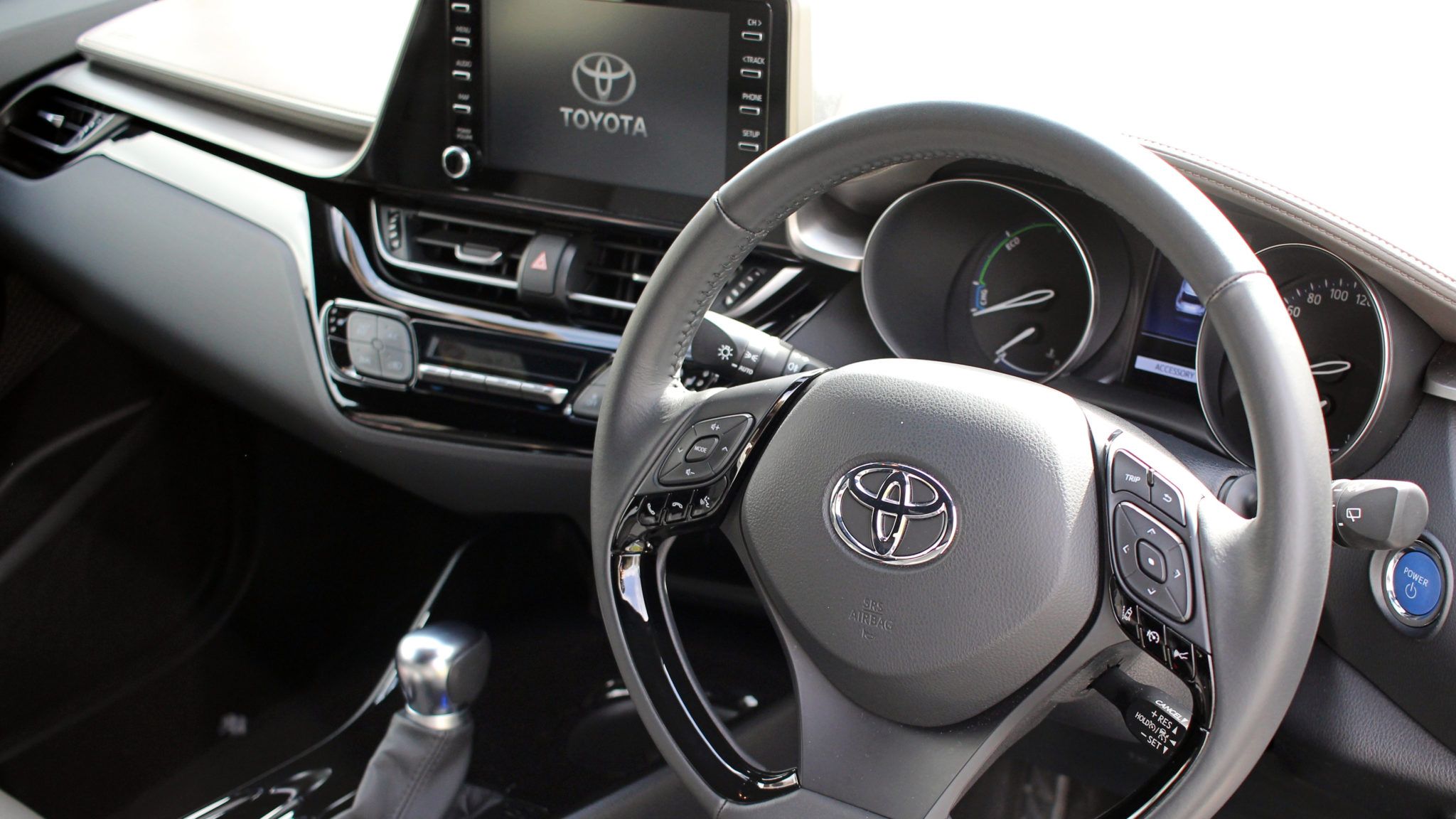 The win for Toyota is that there’s a hybrid in almost every model, and buyers have come to accept that hybrid is a reasonable way to drive towards a greener world. In their hearts they know that this is where it came from. And the carmaker just does this stuff so well, they’re responding. I feel better when I’m driving a hybrid than a non-electrified car. So it’s working on me too.

I might have expected that the less powerful version would have felt an ordinary drive. Except that it didn’t. There’s plenty of poke in the 1.8 hybrid and even with the CVT transmission it gave a peppy performance. Enough. More than enough, in fact. Handling is right up to scratch, too. All good, really.