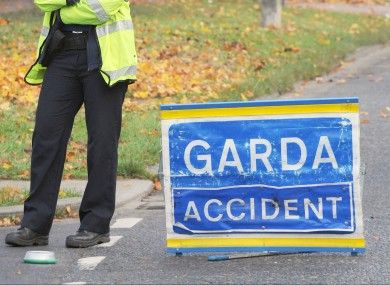 DETAILS OF the first pan European 24-hour speed enforcement marathon have been released by TISPOL, the European Traffic Police Network. In total, 22 countries are taking part in the marathon, starting this Thursday 16 April at 06.00 and continuing to 0600 on Friday 17 April.

In the German federal state of North Rhine-Westphalia, where the concept was conceived, members of the public have once again been invited to vote on the locations where they would like speed enforcement measures to take place.

TISPOL President Aidan Reid commented: 'The speed marathon is all about prevention. We want drivers to think about the speeds they choose; speeds which are both legal and appropriate for the conditions. By doing so, they will be reducing the risks they face and the risks they pose to other road users.

'That's why we encourage participating countries and police forces to publish information about the precise locations of speed checkpoints in advance. We want to get into the heads of drivers, not their purses.

'We encourage members of the public to join our road safety conversation and show their support for this life-saving work on Twitter, using the #TISPOLOpSpeed hashtag.

'Illegal and/or inappropriate speed is the single biggest factor fatal road collisions. That's why police officers take action against drivers who fail to comply with speed limits. The 24-hour speed marathon is one component in our strategy for reducing casualties, and making Europe¹s roads safer.'

Quick facts about the speed marathon:

* In Germany, 13,000 officers will be involved at 7,000 speed checkpoints, most requested by members of the public.

* In Serbia, 1,000 officers will be involved in speed controls during the marathon.

* A total of 90 speed checkpoints in Cyprus have been chosen for the marathon.

Countries confirming their participation in the marathon are:

Norway, although not an EU member state, is also taking part.

'196 people tragically lost their lives on Irish roads last year. To date 47 people have died, and although that is 5 fewer than this date last year, it is still 47 too many. 1 road death is 1 too many. Many more people are seriously injured in road crashes also. There are 727 locations, known as 'speed enforcement zones' where the safety cameras operate, and which have a history of fatal and serious injury collisions. To inform and protect motorists we publish these high risk locations on the Garda website, so drivers can become familiar with where they are, but most importantly contribute to making the roads safer by slowing down. Throughout the course of tomorrow's 'Speed Enforcement Marathon', we will be releasing figures from safety cameras operating in these high risk zones. Our wish is for zero detections, which effectively means drivers have responded to the aim of this initiative - to slow down and make the roads safer for all.'

Chief Superintendent Aidan Reid continued 'We encourage members of the public to join our road safety conversation and show their support for this life-saving work on Twitter, using the #TISPOLOpSpeed hashtag'