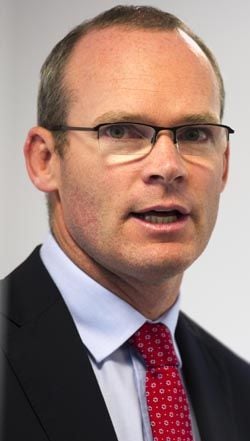 THE Minister for Agriculture, Food and the Marine, Simon Coveney TD, today announced that the preliminary output estimate for the end of the final milk quota year is that Ireland will finish 4.34% over quota. The 2014/15 quota year expired on 31 March last and the 4.34% figure is an estimate based on returns to the Department by the co-ops, taking into account the relevant butterfat adjustment. The confirmed final position will not be available until August when all flexi milk is distributed and all returns have been received.

Minister Coveney commented: ‘While this end of year figure is still only an estimate, it appears that farmers have continued to make substantial efforts over the last number of months to manage their supplies. The current position represents a significant improvement in production management since last October when the estimated milk quota position was 7.15% over quota”.

The Minister added “Unfortunately however, this end of year over production still represents a superlevy bill of approximately €69m. This is the very last superlevy bill that Irish farmers will face. The facility for farmers to pay the bill in instalments, as announced by Commissioner Hogan, will help them to deal with the cash flow challenge. My Department is currently finalising the implementation details and I will be making a further announcement in this regard very soon.