Trish Kerr and her daughters photographed with Alice Taylor at a 1993 book signing.

THIRTY years ago - on November 16th, 1992 - the doors of Kerr's Bookshop in Clonakilty opened for the first time.

Fast forward thirty short years and they are proud to be part and parcel of Clonakilty’s busy retail sector, Clonakilty's Chamber of Commerce and, most importantly to Trish, part of Clonakilty’s community.

Trish met her husband John, a Clonakilty native, during her first year at college in Limerick. They followed “the emigrant's trail” and headed across the Atlantic for Canada. It was an adventurous sixteen years away.

Three daughters later and with lots of travelling under their belts, they decided to head for home and West Cork - and open a bookshop.

The girls started school and the bookshop opened.

The house above the shop on Ashe Street was renovated and became their home. A true family affair, Trish’s daughters helped in the bookshop through both school and college. 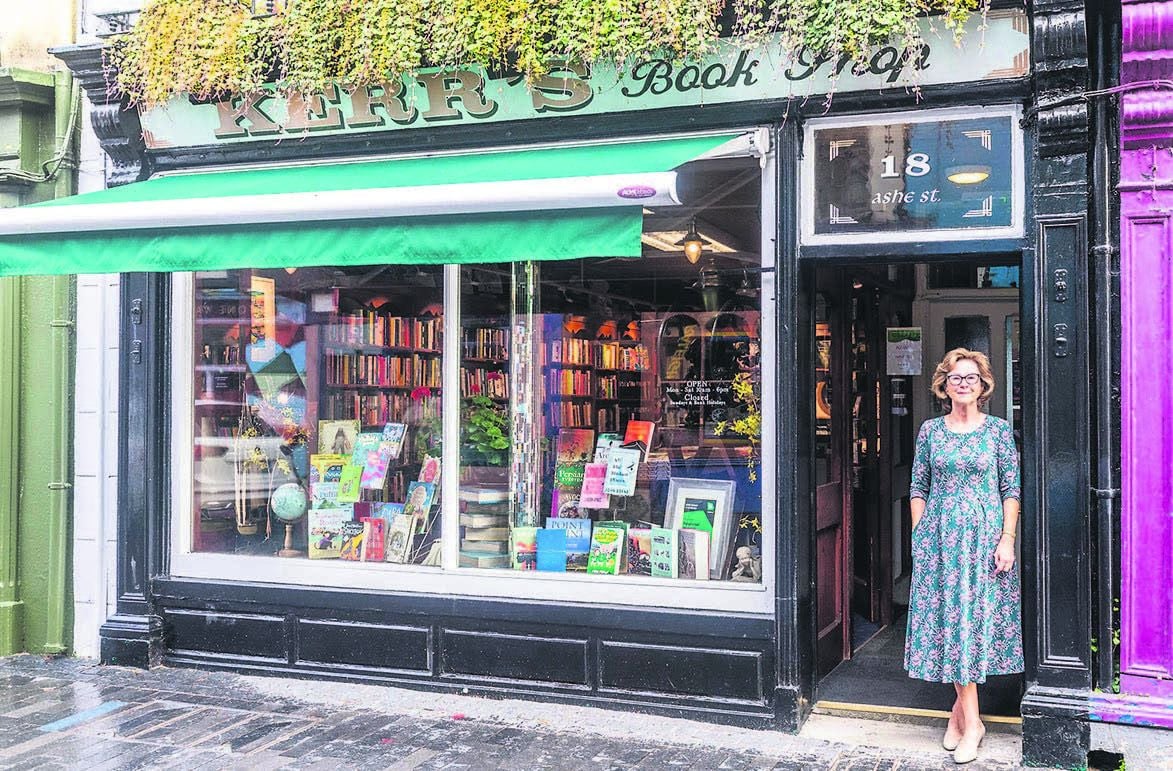 Seven years later they were in a position to hire their first staff member, Carmel Ryan. What luxury and great excitement - the bookshop was thriving.

Today Kerr's Bookshop is well known in West Cork thanks to the years of support and custom of countless local people over the years.

Kerr's Bookshop has hosted book launches and book signings, it has won window flower box awards, sponsored many clubs, schools, associations and charity causes with pleasure and thanks.

Kerr’s Bookshop offers a personalised touch and caters to all tastes, with monthly recommendations and wonderful staff. A wide range of titles are stocked, from bestsellers to modern literature, non-fiction to cookery, classics to roman- tic fiction and so much more.

A fantastic choice of reading for young children, emerging readers and teenagers is always a priority, and in a world of online transactions and big businesses, Kerr’s Book- shop provides thirty years of proof that community matters.

Despite ups and downs, the financial crash and the pandemic, Kerr's Bookshop has flourished and last year was named Munster's Bookshop of the Year in Ireland 2021 at The An Post Irish Book Awards. Safe to say, the risk paid off.

To celebrate thirty years in business, Kerr’s Bookshop will be giving away six vouchers to the tune of €75 each.

Pick up a copy of next week’s Southern Star to be in with a chance to win. For more visit www.kerrsbookshop.ie.