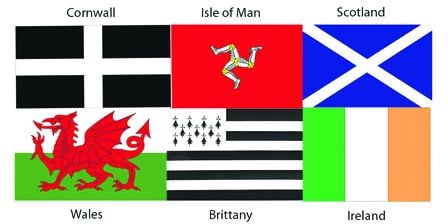 THE International Celtic Congress (Comhdháil Cheilteach Idirnaisiúnta) has taken place yearly in each of the six Celtic countries by turn since 1917 and, this year, it will be held in Rosscarbery’s Celric Ross Hotel.

Craobh na hÉireann den Chomhdháil Cheilteach is hosting the event, fromMonday to Saturday of next week, July 20th to 25th. It is the first Celtic Congress to take place in West Cork.

Members from Scotland, Wales, Isle of Man, Cornwall, Brittany and Ireland will be staying there for the week. Each country will bring speakers and musicians, so each night there’ll sessions, music, dancing and singing, culminating in a grand concert on Friday 24th at 8pm where excellent traditional dancers, musicians and singers from each country will perform.

Daily from Tuesday to Friday at 9am, there will be Irish Singing Classes where songs in Irish will be the teaching medium to learn or revive your Irish. On Tuesday and Thursday, there will be lectures by the speakers from each country on the theme of ‘What is national freedom?’

Among the speakers on Tuesday are Keith Bush, from Wales; Alan Titley, well-known Irish language author and columnist, while Fr Ross, a Gaelic and Gadhlaigh speaker from Glasgow, will give the Scottish lecture.

The entire Congress will decamp to Cape Clear on Wednesday 22nd with an ecumenical service atthe old church of Saint Kieran, who is known as St Piran in Wales, Britanny and especially Cornwall where he is the national saint and where St Piran’s day, March 5th, is St Kieran’s day in Ireland. It is a special place to celebrate our connections, from the times when the seas were the roads. On Thursday, Yann Guillamot will present the Breizh lecture, the Cornish speaker will be Jean Charman; Phil Gawne, will speak on behalf of the Isle of Man Government and Gabriel Doherty, lecturer at UCC’s School of History, will give a talk on Jeremiah O’Donavan Rossa. There will be a Celtic Ceilidh and Big Night on Thursday in the Celtic Ross Hotel; all are warmly welcome.

On Friday night, 24th, the week closes with the special grand concert. All of the events are open to the public and free except for the final night concert (entrance €20 – concessions available).