Bringing back the tourists is the second episode of a new digital series from The Southern Star.

Episode one, Macroom: Choked by traffic is available here.

STRETCHING from the stunning forests and lakes of Macroom and Gougane Barra, over to the pretty harbour of Kinsale, and down to the beautiful, rugged southern coastline, West Cork has always been a haven for tourists.

And like all other tourism regions, the pandemic has certainly brought its challenges.

Some businesses have closed, others never got started, but many more have learned that new word – a ‘pivot’ – and are coming back bigger, better, and brighter.

They say you can’t keep a good thing down, and that’s certainly the case with some of the industries reliant on the tourists.

For now, those tourists are largely homegrown, and demand even higher standards than most.

But businesses are rising to that challenge, and those lucky enough to emerge post-Covid are ready to cater for visitors who won’t accept anything less than a premium product.

In fairness, the figures for tourism in this region are impressive.

In 2018 more than 2.7 million people came to Cork from outside the county – with a large percentage of those venturing West of the Kinsale Road roundabout, generating €833m for the county’s economy.

The South West of Ireland is already the most popular region for tourists outside of Dublin, and Cork is the second most visited county after the capital.

But, of the top 5 paid attractions in the county, there is only one west of the city – and that is Charles Fort in Kinsale.

That means there is plenty of scope for developing more to see and do in West Cork, and to get an even bigger share of that €833m – a figure that is set to grow as we emerge from the pandemic years.

One area West Cork has always excelled in is hospitality, but despite a bumper summer expected, it’s an industry that has faced it’s fair share of challenges in the last two years.

‘We really have it all here, and if we put the proper facilities in place, and if we promote it, I really think we can position ourselves like a Queenstown in New Zealand,’ says Christopher O’Sullivan, the local Fianna Fáil TD.

And he should know. Before becoming a TD, he was a whale-watching guide, off the Seven Heads peninsula, a peninsula that has been added to the Wild Atlantic Way maps for the first time this year – almost proving his theory that we have so much to offer once it’s properly marketed. 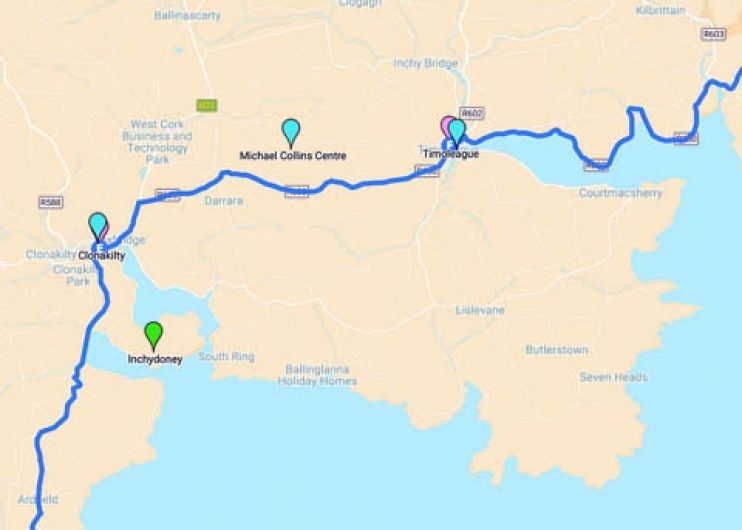 The aforementioned Queenstown has a reputation as the ‘outdoor adventure capital of the world’ he says, but he truly believes West Cork can be Europe’s equivalent.

Queenstown attracts more than 3m visitors a year – showing the popularity of the ‘adventure capital’ tag – so there’s really no reason why West Cork can’t get some of that, too.

Neil Grant, general manager of the Celtic Ross Hotel in Rosscarbery explains how the pandemic has affected a business like his.

The 66-bedroom hotel is now limited to selling just 58 of those rooms, due to social distancing and its knock-on effect on dining, etc.

He says the social distancing makes for a better experience for guests but some still don’t realise the constraints dining rooms are under, and get a bit ‘anxious’ when they want to organise a large family gathering and are told it can’t happen in the format they want.

‘Some of them can’t quite understand why we are being cautious,’ he says, adding they also lost a lot of good, experienced staff since lockdown. People have moved to other roles, and even other careers.

But he is very optimistic for the future with a new team on board, bookings strong, and a great sense of positivity all around.

It has invested significantly in the magnificently-located Camden Fort Meagher in Crosshaven, and the Mizen Head Visitor’s Centre is already a well-established attraction.

With the likes of the little-known Bantry Blueway mapped route for kayakers launched in 2015, there are always more attractions coming down the tracks. 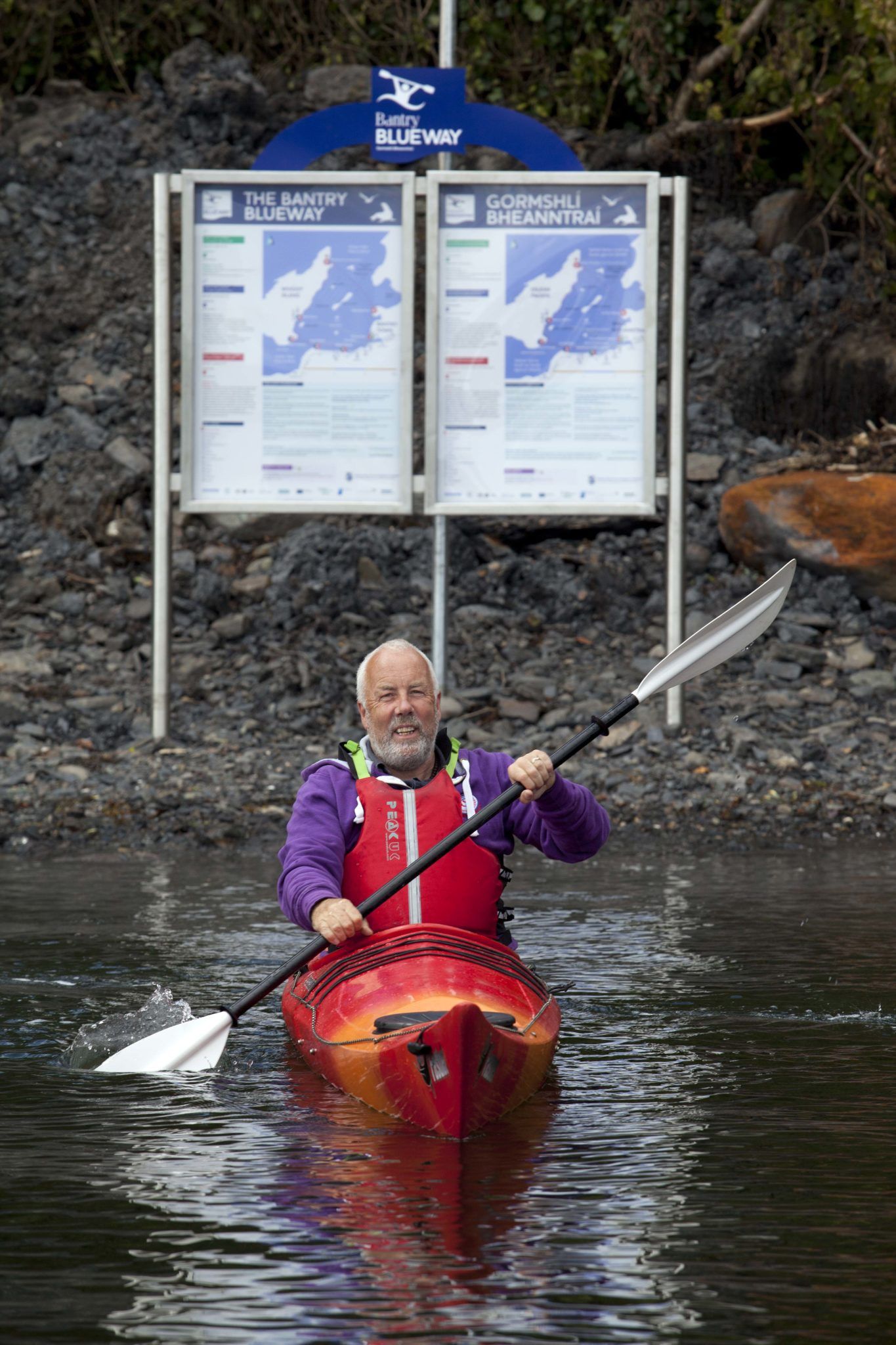 In fact, our beautiful islands are still Cork’s best kept secret for many of our regular visitors.

While the seven inhabited islands, and the garden paradise of Garinish near Glengarriff, could be the jewels of our tourism offering, there are dozens more that are less well-known.

The islands of Heir, Bere, Sherkin, Cape Clear, Long Island and Dursey, are really upping their tourism game lately, with glamping sites, distilleries and boat trips, and now Whiddy is set to join its six sisters by making a big push to attract more guests.

Ex-fisherman John Sheehan has been driving the Whiddy island ferry for two years and has already seen a spike in visitors since the new hostel opened on the island.

He says a lot of them are first-timers and they love the sense of ‘getting away from it all’ on the ten-minute €8-return ferry trip which, incidentally, lands you right on the doorstep of the Bank House bar and restaurant, and it’s pretty outdoor seating overlooking the small but perfectly-formed sandy beach.

One of thepeople most responsible for the rejuvenation of Whiddy Island is ferry operator, bar owner, and now hostel host, Tim O’Leary.

As well as his many, many jobs on the island, (he is also the postman and a former security guard at the oil terminal on the far side of the island), Tim is also the man behind the renovation of his former primary school – into the modern and bright Schoolhouse Hostel.

Tim and his wife Kathleen bought the former school, and transformed it, during six-plus years of hard work. 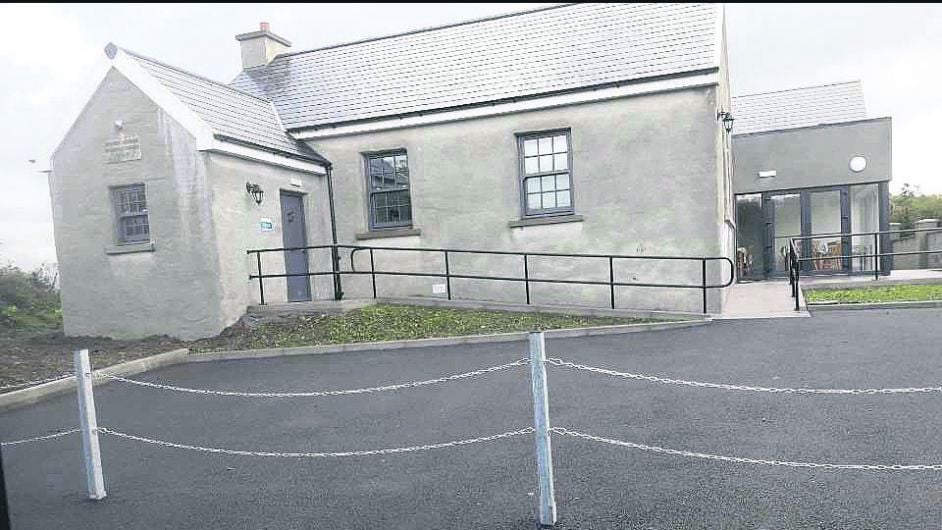 He says, through running the bar together for the past nine years, they spotted the need for accommodation on the island.

‘It has always been my dream to do something with the schoolhouse. It was complicated at the time, getting ownership, and then Covid hit, but we are finally open now,’ he explained.

The old schoolhouse itself is now a common room, and the bedrooms and kitchens and bathrooms are all part of the newly-built extension, sympathetically designed not to detract from the original building, and almost hidden from view neatly tucked in behind the original structure.

The Schoolhouse Hostel has eight bedrooms, with 26 beds (some doubles) and a maximum capacity of 34 people. Some of the rooms are specifically designed to cater for small groups or families, and it’s bang up-to-date with USB sockets and underfloor heating.

It’s a great boost to an island which has so much untapped potential for walking, swimming and historic tours.

With Whiddy and our other offshore islands hopefully set to blossom as the country continues to re-open, another strand to West Cork life that has been attracting visitors from near and far is our world-renowned food culture.

Michelin stars have become synonymous with the region, with the likes of Chestnut in Ballydehob, Dede in Baltimore and Bastion in Kinsale all currently in possession of the coveted awards.

This reputation as a foodie destination is something Helen Collins, chair of A Taste Of West Cork food festival, believes is essential to whole enjoyment of a visit here. 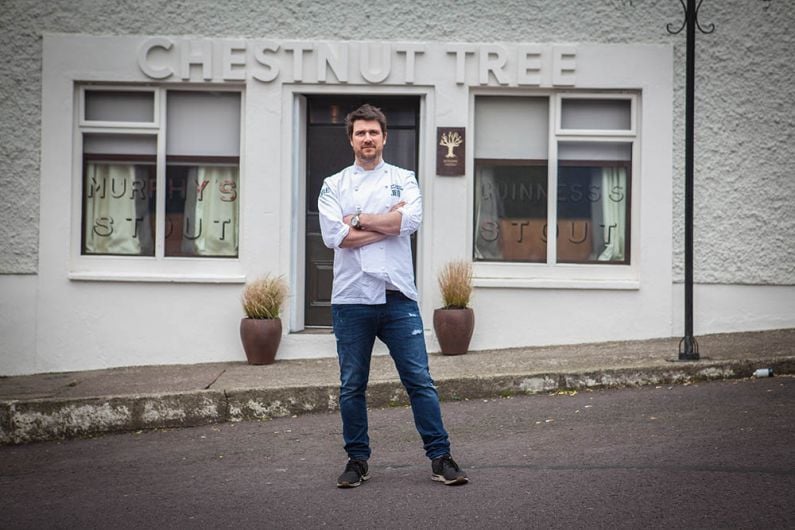 ‘I think by just even turning up to the Saturday market in Skibbereen and the other markets in West Cork towns, and you see the amount of tourists there, it’s a hugely important part of the West Cork experience,’ she says.

‘The reputation of West Cork food is huge. People want to see, where it comes from, meet the producers, sit outside the pub and eat their crab claws and mussels.’

This year may well become known as the year of the artisan food truck, too – a phenomenon that came into its own during the pandemic and which those in the industry believe is here to stay.

Neil Grant of the Celtic Ross says the opening of ‘Craft’, the hotel’s resident food truck, has brought them a ‘whole new demographic’ and national publicity and has been a wonderful addition to their offering. 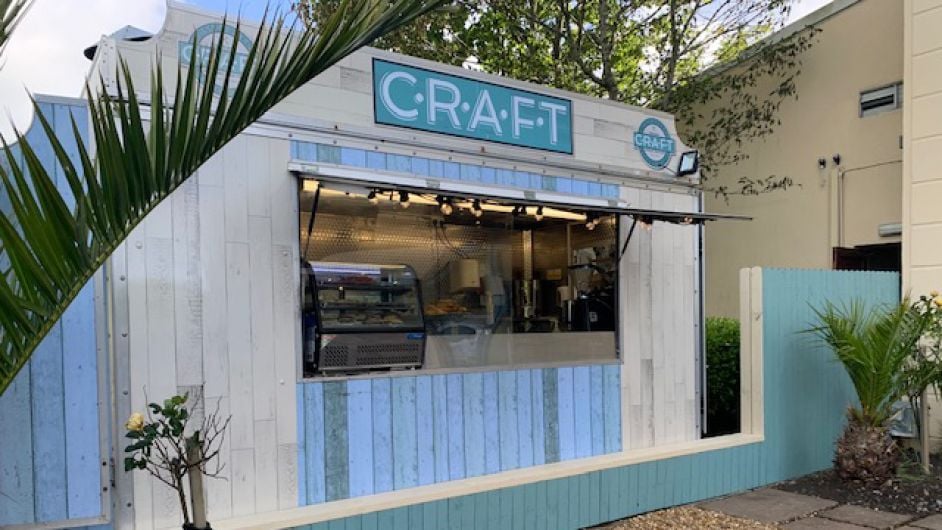 With hospitality, island life and the West Cork food scene all well-placed to bounce back, another sector that has also been quietly enjoying its own renaissance is film.

The Fastnet Film Festival in Schull has become a hugely popular niche festival that punches way above its weight on the international stage.

Oscar-winning producer David Puttnam is a patron of the festival, as is Oscar-nominated actor Saoirse Ronan, who provided this year’s virtual welcome message.

She’s put her money where her mouth is, by buying a home just outside the village, joining the ranks of celebrities who’ve been won over by the scenery – like the BBC’s Graham Norton in Ahakista, A-list actor Jeremy Irons in Skibbereen and Cloud Atlas writer David Mitchell in Clonakilty.

Fastnet Film Festival director Hilary McCarthy says the festival has had wonderful support from locals and tourists alike and while it was held online this year, it will be back – bigger than ever – in 2022.

The festival’s major patrons, the Bollingers – another well-known family who have a home here – have even bought the festival a former bank premises in the town, which is about to be converted to an 80-seater cinema and film production base.

Now, there are not many other towns, with a population of less than 1,000 people, that can boast that kind of facility.

West Cork is also garnering a reputation as a great region for producing top class actors such as Schull’s Ayoola Smart, who recently starred in Bantry woman Kate O’Riordan’s Smother and Skibbereen’s Megan Cusack who stars in BBC's hit show Call the Midwife. 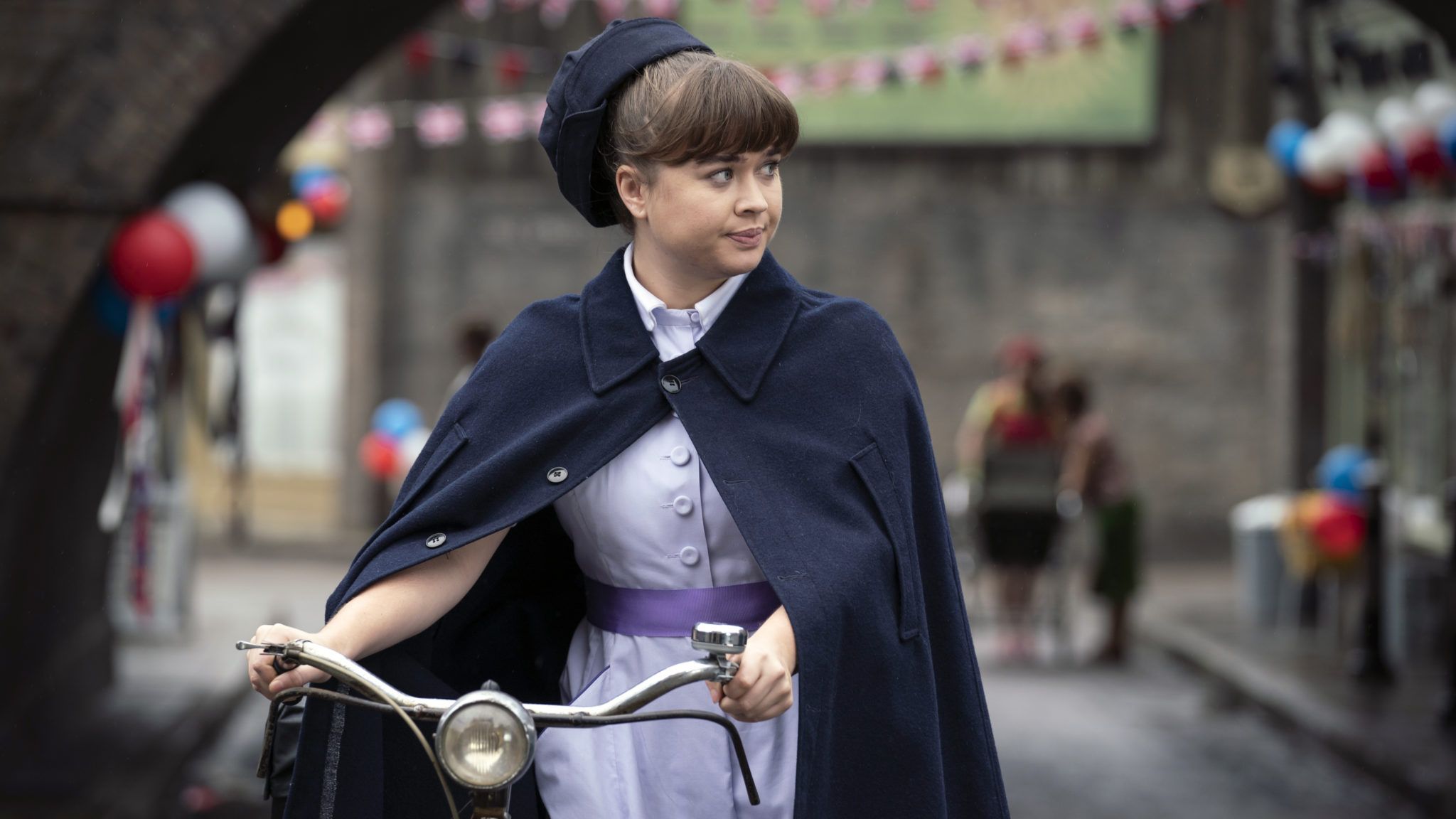 And there are plenty of movies and TV series that have spotted the ease of access to fine scenery, great talent and facilities here.

The Sophie Toscan du Plantier murder series on both Netflix and Sky were both filmed here in recent months, and Graham Norton’s debut novel Holding is shooting here this summer, for ITV.

The award-winning Float like a Butterfly feature was filmed in Ballydehob, Ballyrisode and surrounding areas, and another new Irish movie, Sparrow, has just finished filming in Baltimore and Lough Hyne.

Another huge growth area in coastal tourism over the last number of years  has been the ability to share with visitors the variety of wildlife on our doorstep.

West Cork now rivals anywhere in the world for its sightings of whales, basking sharks and dolphins.

Christopher O’Sullivan says that such viewing trips, along with the various night kayaking tours – which allow visitors a chance to see the incredible bioluminescence displays on the water – should make West Cork one of the world’s top wildlife holiday destinations.

We have the product, we have the people, all we need to do now is shout about it.