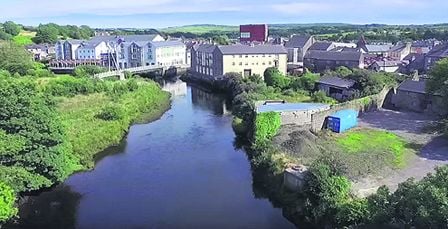 A WEST Cork voluntary eco-tourism group has released a short video that promotes the heritage and commercial potential of the River Ilen.

RIPPLE (River Ilen Planning Project Liaison Executive), is a voluntary group which aims to promote the use of the river, as the Skibbereen area’s greatest natural asset.

The video, which features stunning drone footage of the river from its source near Drimoleague, to where it meets the sea in Baltimore, tells the story of the historical waterway and the communities that developed on its banks.

The footage was shot by Colin Hickey of Orchid Pictures. Colin is a native of Ballincollig who now lives in Baltimore and works as a wedding videographer. He was involved in the shooting of the video of Baltimore locals dancing to the Pharrell Williams’ hit Happy – part of the internet phenomenon that saw people dancing to the song all around the world.

Skibbereen native Donna McCarthy, who produced the video, explained that RIPPLE intended to use the short film as a marketing tool, to get locals and tourists to see the recreational and commercial value of the Ilen.

Donna told The Southern Star that RIPPLE hopes to work with Fáilte Ireland to get the Ilen designated as a Blueway trail.

Blueway Ireland is a tourism initiative that links a network of waterways and promotes them to water enthusiasts. It has the potential to attract thousands of people to designated trails, and Bantry was last week unveiled as the location for Cork’s first Blueway.

The River Ilen is a favoured spot of local water sports enthusiasts, and it has helped foster the successful Skibbereen Rowing Club. Historically, businesses in Skibbereen set up along the banks of the Ilen because of the links to Baltimore, an established centre of trade, and the Atlantic Ocean.

Today, prominent businesses like the West Cork Hotel and the Uillinn West Cork Arts Centre operate on the banks of the river, further highlighting its potential.

RIPPLE has been active since 2006 and has undertaken a number of projects to help keep the river clean and alleviate Skibbereen’s flooding problems, as well as maintain its suitability for activities, like kayaking and snorkelling.

The video was officially released in the Skibbereen Heritage Centre as a part of the Skibbereen Arts Festival, and has since attracted a lot attention on social media. To see the video, search The Ilen River on YouTube.