Drimoleague-born Deirdre Forbes, the newly appointed managing director and executive vice-president of the Discovery Networks for the UK and Ireland. 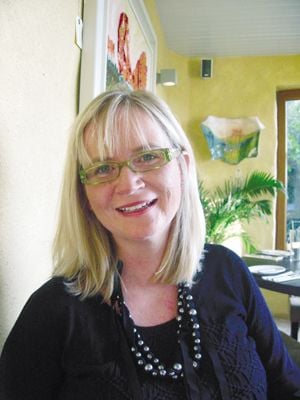 SKIBBEREEN is set to be the testing-ground for a venture to provide rural areas with high speed fibre broadband.

Skibbereen was chosen as a test area based on it’s size and the fact that it is not currently served by high speed broadband. This is the type of town that SIRO may target in a second phase network rollout. The pilot phase also includes testing of a rural location, which will be announced by SIRO in the coming weeks.

Sean Atkinson, CEO of SIRO says that the group is looking forward to getting feedback from their work in Skibbereen. ‘Skibbereen has a fantastic business ecosystem and SIRO is delighted to provide 1GB fibre connectivity to the Ludgate Hub. It is the ideal test-bed to match some of Ireland’s brightest entrepreneurial minds with the most advanced 100% fibre optic broadband technology in Ireland.’ he said.

Ludgate was launched in Skibbereen on Friday, August 7th by Communications Minister Alex White at Uillin West Cork Arts Centre. He later performed a sod turning ceremony at the Ludgate facility. The minister hopes that Skibbereen can provide a ‘blueprint’ for other rural communities who want to be a part of the countries expanding digital economy.

Ludgate will be open in November and it is hoped that as many as 500 jobs could be created by the regional digital hub over the next five years. The facility will provide high-speed internet lines to businesses in the area, as well as expert advice and a global network of contacts for start-ups and established companies alike.

The project is supported by local and national entrepreneurs like John Field of JJ Field & Co, Dee Forbes of Drimoleague, who is head of Discover Networks and Vodafone Chief Anne O’Leary.

Commenting on Ludgate, Anne O’Leary said: ‘The commitment and support from Vodafone and SIRO will amplify the efforts to create an innovative entrepreneurial ecosystem, and illustrates once ‘connected’ you can successfully work from one of the most beautiful locations in the world’.