Before picture of sisters Ellie and Poppy Nunan who bravely agreed to have their long locks cut to shoulder length in order to raise money for the Rapunzel Foundation.

TWO Carrigaline sisters had a hair-raising idea in aid of Laura Lynn.

The sisters, Ellie (7) and Poppy (5) Nunan who are both pupils at Gaelscoil Charraig Uí Leighin, decided to cut and send their hair to The Rapunzel Foundation, a charity that provides wigs for children who are undergoing treatment for cancer.

Ellie and Poppy also set up a GoFundMe account to raise money for the Laura Lynn Foundation.

‘My aunt and uncle were diagnosed with cancer just at the beginning of the lockdown,’ Nicola Nunan, Ellie and Poppy’s mother said.

‘When Ellie heard about this, she said she wanted to do something for kids who are sick so that’s where the idea came from.

‘Ellie had never had a real haircut since she was born, only a little trim every now and again, so her hair was lovely and long. We heard about the Rapunzel Foundation who make wigs for children and Ellie thought that this is what she wanted to do,’ Nicola said.

When Poppy heard about her sister’s plans she decided that she wanted to be part of the fundraiser as well.

‘This was Poppy’s first haircut and she is delighted with the results,’ Nicola said.

‘While Ellie is sports mad and plays camogie with Tracton, Poppy is all about fashion, so the two of them have gone off to school now without having their hair tied up. They’re delighted.’ 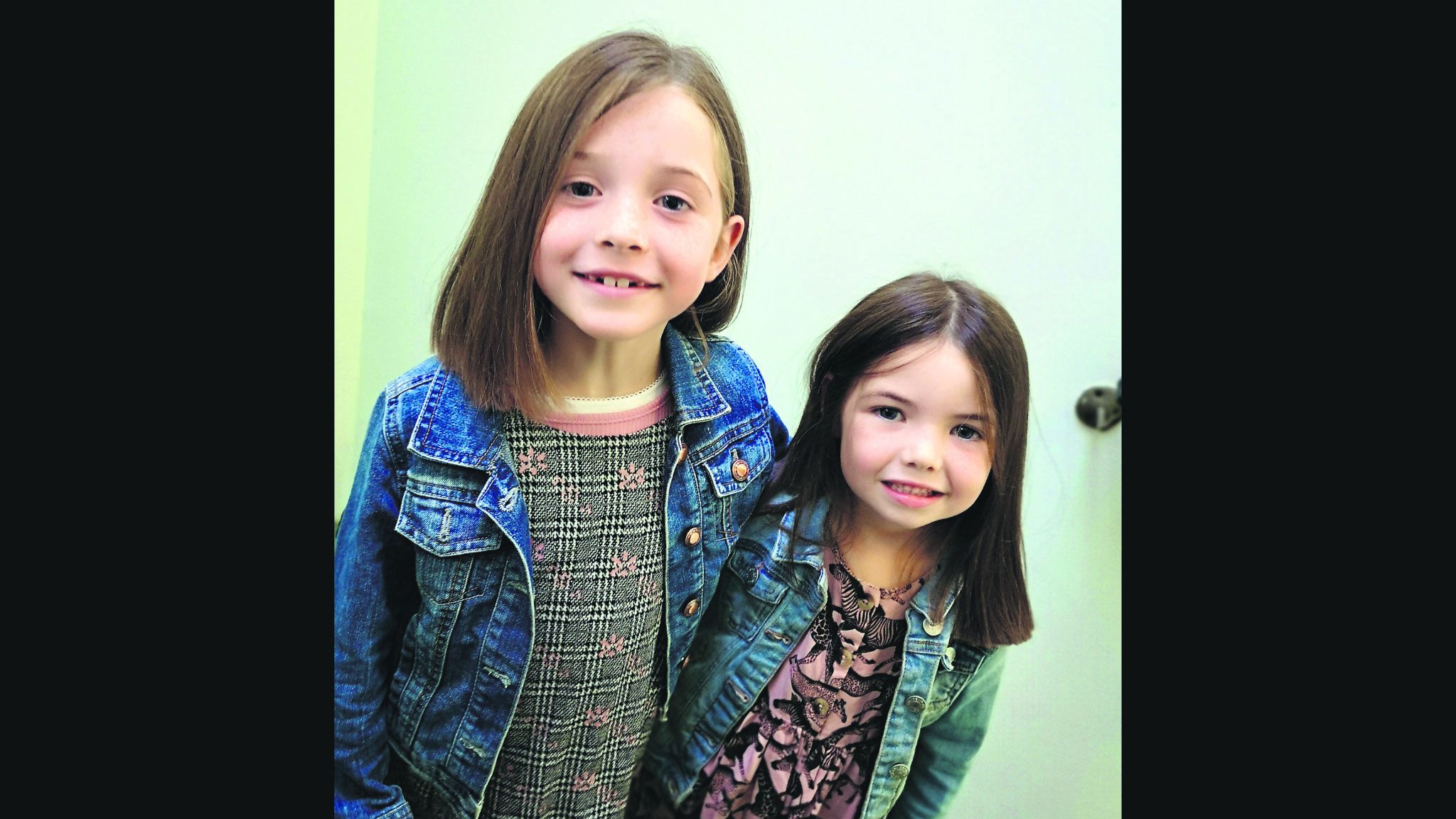 Ellie and Poppy after their haircut

‘Ellie and Poppy’s hair is now on its way to help children who are fighting cancer, they are delighted with all the support they received and we want to thank everyone who helped, especially the crew at Retro Hair in Carrigaline,’ Nicola said.

You can still donate by logging on to Ellie’s GoFundMe page at ‘Ellie’s making the cut in aid of LauraLynn’.