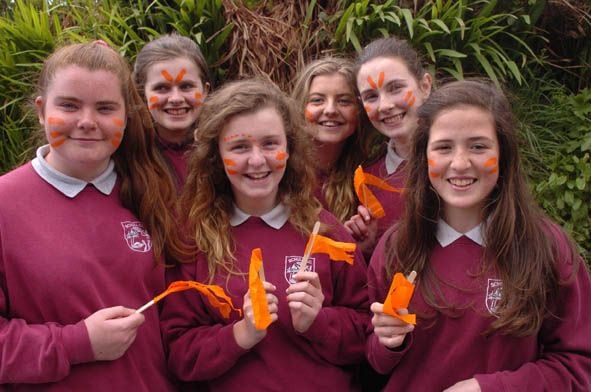 ON a recent Tuesday, Schull Community College was an anchor school for Cycle Against Suicide and hosted approximately 500 cyclists and crew.

The school was happy to play its part in spreading the message that 'it's ok not to feel ok', writes teacher Niamh Woods

AN event of the scale of the Cycle Against Suicide involved months of planning and preparation and the school’s team of student leaders embraced their roles fully.

In advance of the Cycle, a mental health awareness week took place in the college involving guest speakers, art competitions and even a lunchtime flashmob dance by Transition Year students.

At around 2pm on the 5th May when we heard the sirens of the lead cars approaching we knew we were part of something special. The cyclists, although tired after a tough cycle were in good spirits and were warmly welcomed to the Fastnet Marine Outdoor Education Centre where lunch and an array of home baked goodies awaited them.

Catering for 500 people is no easy task, but our very dedicated parents' association with their team of volunteers appeared to take it in their stride.
The highlight of the day was yet to come as students and staff gathered in the school gym for the mental health event hosted by Jim Breen, the founder of Cycle Against Suicide, Conor Cusack, former Cork hurler and Rory O’Connor of RTE’s Rory’s Stories.

This event was opened with entertainment from one of Schull Community College’s student bands. The talks which followed were both inspiring and engaging and the honesty displayed by all was to be applauded.


The aim of Cycle Against Suicide is to break the cycle of suicide on the island of Ireland and together with the local community we hope we have played our part in spreading the important message: 'It’s ok not to feel ok and it’s absolutely ok to ask for help.'