Riverview is one of the biggest veterinary hospital groups in Ireland

Trevor Nicholson, a Crosshaven native, set up practice in Bandon after qualifying as a veterinary surgeon in 1945.

The practice was based in Good’s Mill’s in Old Chapel.

Within a year he was joined by a college friend, Henry Skuse.

With the aftermath of the second World War, rationing and the rudimentary state of farming back then, the demands for veterinary services were much less so than today. 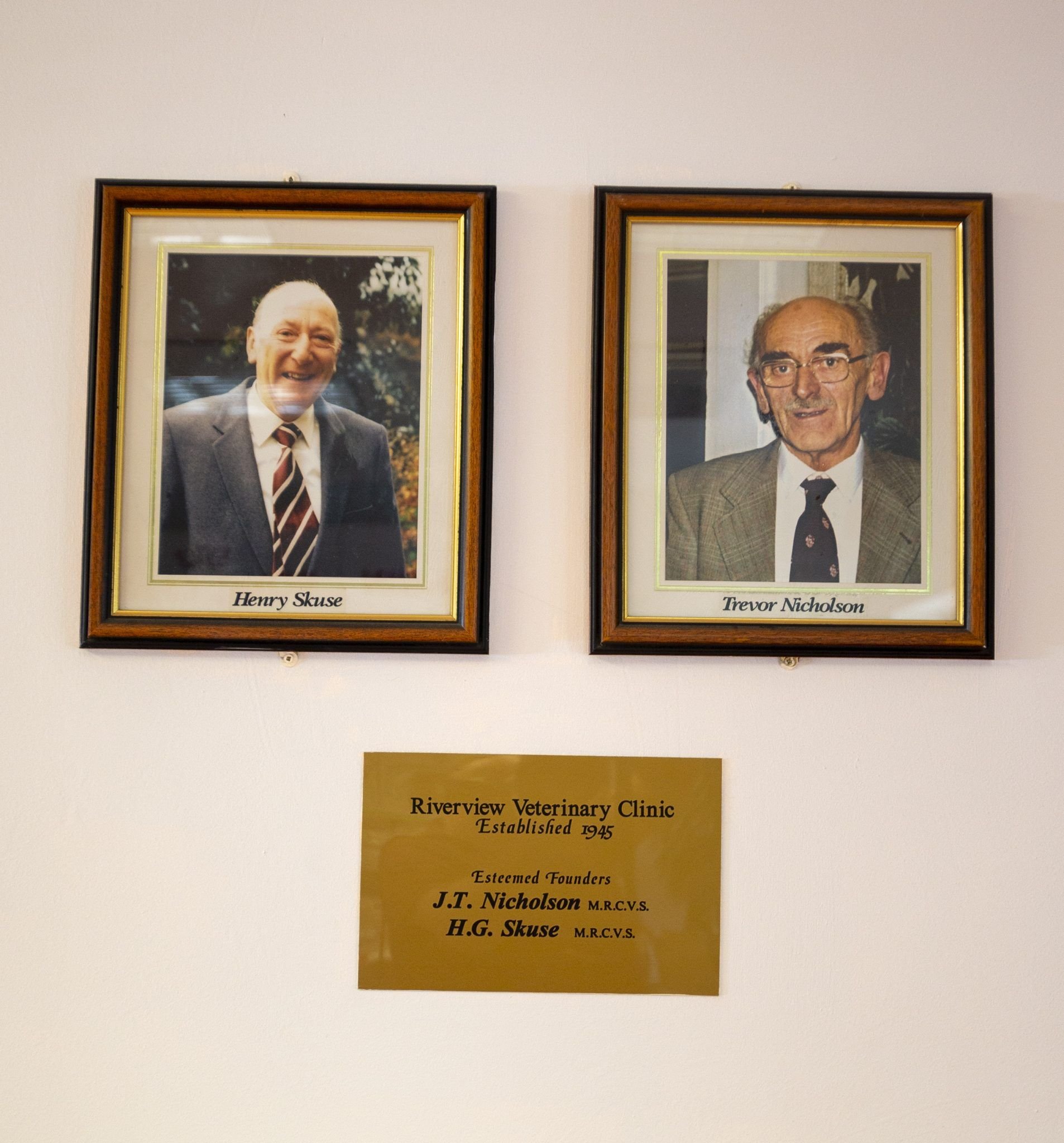 By the mid-to-late Fifties, farming started to improve with an increase in the cattle trade to the UK. Within a few years the practice moved from Old Chapel to South Main Street, to an office above what is now Kevin Bowen’s shop.

Tom Turbridy joined as a partner in what was one of the first veterinary partnerships in Ireland at a time when most practices were single person operations.

The partnership structure enabled the practice to grow and expand. By the Sixties the practice had outgrown its South Main St premises and a building called Avenue House was purchased in what was the old SuperValu car park in the center of town.

Farming boomed after EEC accession in 1973, resulting in another expansion in veterinary work.

By the late Seventies the practice moved again to its present site at Distillery Road.

The view of the river from this new location was the inspiration for the current practice name, Riverview. During the Eighties and Nineties, Riverview invested heavily in providing specialist fertility services (embryo transfer/IVF) to farming clients all over Ireland.

In the Nineties, Riverview started and developed one of the first independent veterinary laboratories in Ireland.

Since the early Nineties the demand for companion animal services has grown exponentially. Back then, pets made up as little as 5% of the workload in Riverview.

Since that time, Riverview has expanded beyond it’s original base in Bandon and opened branch practices in Kinsale (1991), Carrigaline (2001) and Ballincollig (2010). In 2017, Riverview purchased its first ever external practice in Clonakilty.

That single person practice that started in Old Chapel over 75 years ago, has grown into a practice of close to 20 vets, 14 vet nurses, 5 groomers and 12 administration staff.

Today, over 50% of the work in Riverview is related to pet care. Companion animals have become integral to people’s lives, which has become even more evident during the series of lockdowns in the last year. 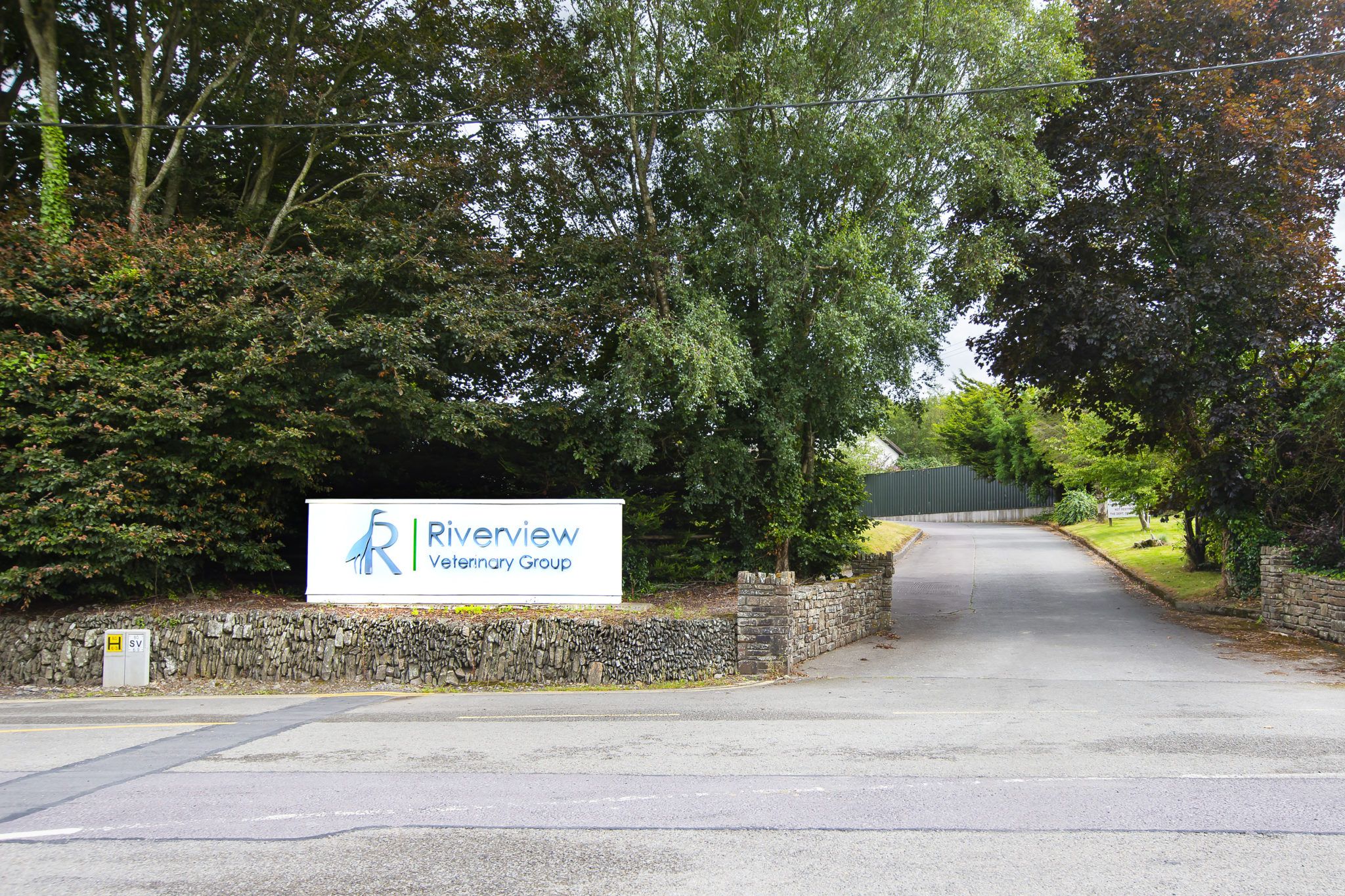 Each of our 5 locations are fully equipped with all the latest modern technological advances in veterinary diagnostics, medicine and surgery including digital x-ray, ultrasound and blood analysis machines.

Within the wider group we have expertise in many fields including our own referral orthopaedic and surgical hospital in Ballincollig which takes referrals from not only Riverview hospitals but from all over Munster and beyond. In essence, Riverview is a fully integrated veterinary hospital group.

It’s also timely to acknowledge all the people who helped to make Riverview what it is today.

Several of our previous colleagues have passed to their eternal reward, Mr Tom Tubridy and Mr Jim Duane, and more recently, Norman Noonan and Percy Ryan.

Throughout all the years, the vets in the practice were supported by their wives and families who quietly toiled in the background.

Much recognition is due to the wives of the two founding partners in particular, Mrs Audrey Nicholson and Mrs Zena Skuse, who survive to this day and who gave unstinting support to their respective husbands as they sought to build the practice in those early times.

As one of the biggest veterinary hospital groups in Ireland, Riverview Veterinary Group (RVG) has the experience and expertise to deliver the best service possible to the animal owning public in West Cork and beyond. See www.riverviewvets.ie for more details.