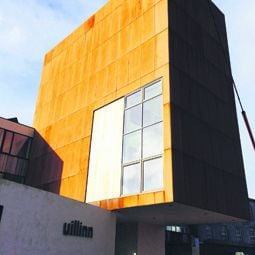 PRESIDENT Michael D Higgins will be visiting West Cork in June to perform a number of public functions.

The West Cork Arts Centre confirmed this week that the president will be officially opening the new €3.4m building on Thursday June 11th. ‘This will be a great occasion to showcase this contemporary gallery space and place the town of Skibbereen firmly on the arts map in Ireland,’ said the Uillinn’s development manager, Rita O’Driscoll, this week.

On the same day, President Higgins will preside over a ceremony to commemorate the 100th anniversary of the death of Fenian O’Donovan Rossa. O’Donovan Rossa, from Rosscarbery, was a shopkeeper in Skibbereen. His graveside oration was given by Padraig Pearse.

The June ceremony will kick off a number of events to commemorate the anniversary.