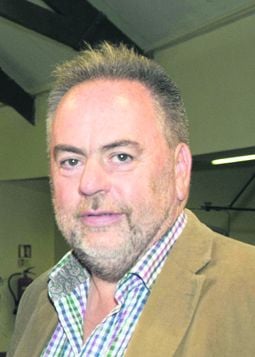 PERHAPS it’s not surprising that Barryroe dairy farmer John (Johnny) O’Brien doesn’t hesitate in recommending a career in agriculture. After all he’s been farming in the heart of the Ibane peninsula ever since he was a teenager.

A tragic farming accident making silage that claimed the life of his father, Timmie, in 1979 channeled his chosen path quicker than anticipated. Now, decades later, he offers his opinion on life on the farm: ‘It’s very fulfilling, very interesting, there is a lot happening.’

Married to Phil, the O’Brien’s have four children Tadhg (25), Marie (23), Jerome (22) and Hettie (18), his mother Peg also resides with them at Farmley House. Life is busy for the former chairman of Barryroe Co-Operative, who also urges involvement in farm politics to enhance lifestyle on the land.

John O’Brien is a second-generation farmer and between land owned – 150 acres – and additional 130 rented acres, there is plenty to think about on the dairy farm: ‘We milk 200 cows, a third calve in the Autumn, the remainder in the Spring.’

Expansion has already taken place prior to the abolition of the milk quota earlier this year, but there is more in the pipeline as John outlined. ‘Going forward, we hope to expand by about another twenty per cent.’

The presence of farm manager Ger Kirby from Ballinascarthy makes life easier and more systematic, while the assistance of farm advisory services is key to extricating the best from the resources.

‘I’m very happy with the farm advisory services that are available, I use a private consultant and I also use Teagasc.’ Such services help to alleviate the issues that are involved in the glut of paperwork: ‘There is a lot of it, too much of it, but I suppose it’s a necessary evil, but equally, a lot of it could be simplified.’

The switch to on-line applications isn’t exactly plain sailing either: ‘Personally, it’s not user friendly, you still need the help of an accountant or an adviser to go through it with you as it’s not as easy as they claim. The fear of making a mistake is a big difficulty.’

Being you own boss is one of the positives of farming life: ‘Getting up in bright mornings and the clean air.’ But, he also has a word of caution: ‘Yes, it’s great here – but for farmers that are on their own, it can be lonely and can be quite isolated and it is important that we check in on them and work with them.’

Such concern springs from the sense of community that he derives from involvement with his local choir and light entertainment in nearby Butlerstown.

Currently, John is chairman West Cork Development Partnership (formerly known as Leader) and is also involved in a tourism initiative in Courtmacsherry Bay area, where it is hoped to improve and market the area around Courtmacsherry Bay from Ballinspittle to Barryroe.

Previously, he was also on the board of Carbery and actually filled the role of chairman from 2009-2011. He is also a former chairman of Barryroe Co-Operative from 2007 to 2014. Both positions has provided him with a strong overview: ‘In terms of Barryroe, the importance of the co-op to the area is really copper-fastened in my brain and then the importance of Carbery to the greater West Cork area and the production of quality milk for a quality product for human consumption.’ In summation John describes his role in both as being all about ‘Community and co-operation for the greater good of my neighbours.’

‘Yes, I have a life outside of farming.’ There is also some spare time during which he likes a spot of gardening, but farming provides the ultimate job satisfaction: ‘Yes, it still rocks my boat.’