EVERYONE is aware of her achievements as an artist of national and international standing, but an online condolence page shows how the Dublin-born but Ballylickey-based sculptor Jeanne Rynhart was valued, above all else, for being wise and kind.

People felt a genuine affinity for Jeanne who left behind a notable body of public work including the famous Molly Malone statue, which was unveiled in Dublin 1988, and the Annie Moore statues in Cobh and Ellis Island in New York. She touched people’s lives simply by being herself. People described her as being ‘lovely and talented; a wonderful woman: gentle, kind, and infinitely wise.’

They said she had ‘great warmth and humility as well as an enviable talent and work ethic’ and that she will be ‘greatly missed but always remembered.’

Others said they were honoured to have known her, and some people left messages, as if addressed to her directly saying: ‘Remembering all the happy times, Jeanne: you were a wonderful friend! Full of warmth, kindness and love.’

Another person said: ‘Jeanne, you were an inspiration, a breath of fresh air. I learned more from you than you will ever know.’

In his eulogy, her son Barry said Jeanne was known to the outside world as an incredibly versatile and talented artist, but the Jeanne they knew and loved was ‘a modest, shy, understated lady, with a beautiful gentle persona.’

He said: ‘She was warm and witty, a loyal friend, and, quite simply, a wonderful human being. She lit up a room when she walked into it.’ 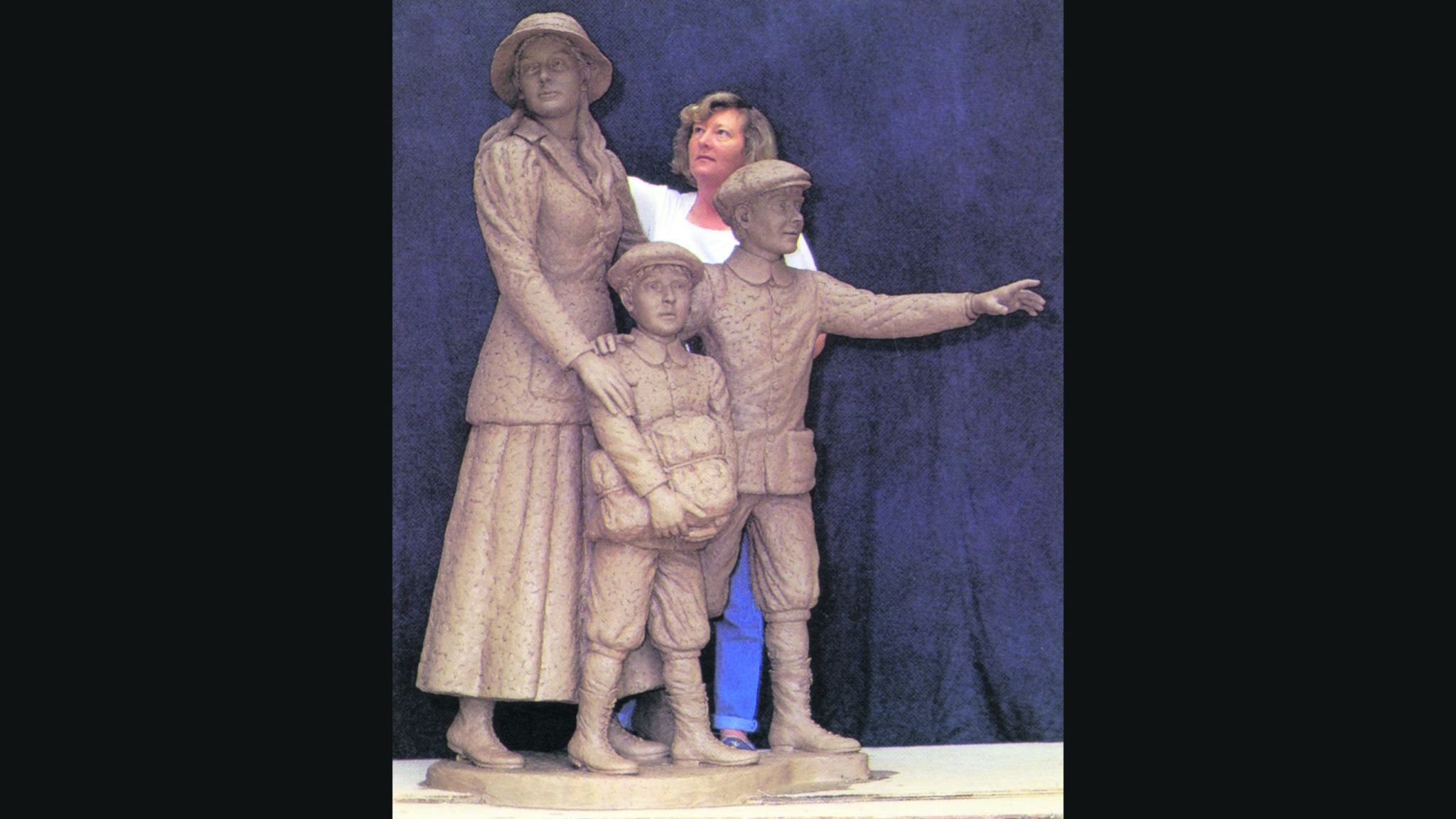 The late Jeanne Rynhart with some of her iconic work which earned her incredible respect internationally.

In the Covid-19 climate of social distancing, friends hope that they and her family will, following her funeral on Thursday, June 11th, have ‘an opportunity, before long, to celebrate Jeanne’s life and art with love and respect.’

Jeanne, who died at the age of 74 after a long illness, is survived by her husband of 53 years, Derek. Barry said Jeanne loved Derek and she, in return, was loved by him.  He said their marriage was a partnership in every sense of the word, and that their personalities and talents combined perfectly to create Rynhart Sculptures – an artistic endeavour that will have a long legacy.

Throughout her life, Jeanne put her humanitarian tendencies, her incredible focus, and her easy charm to good use by raising money for a variety of local organisations including the Bantry Rehab Centre and later CoAction, as well as medical charities nationally.

Her life also had a direct impact on the lives of orphaned children from Belarus, a country that received about 60% of the contamination from the Chernobyl disaster. 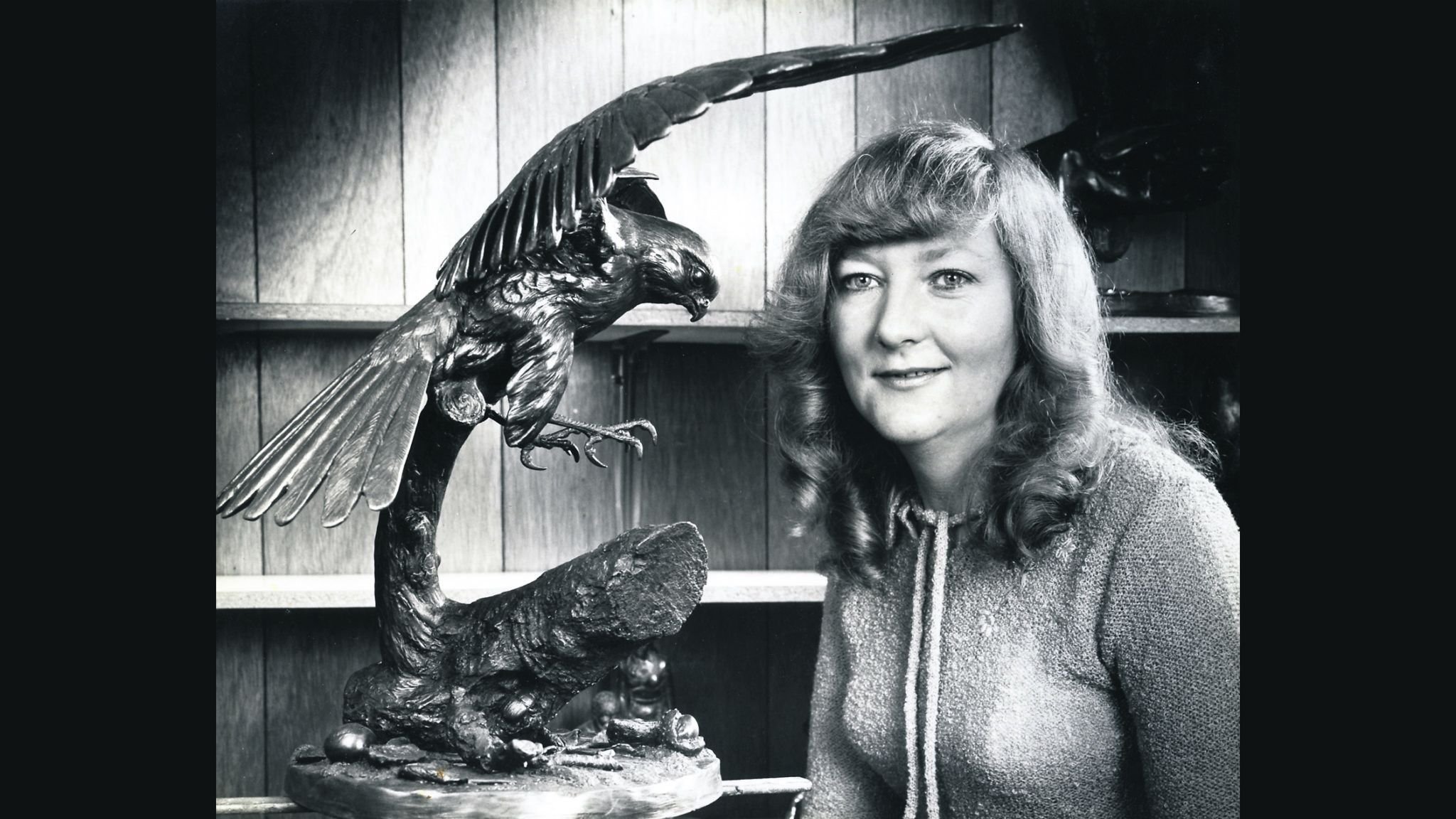 For one month of the year, every year, Jeanne arranged it so that 20, or more, children could live in West Cork and Waterford, including ‘her girls’ Ludmila and Julia, two women that Barry said ‘absolutely adored her.’ Lots of people adored Jeanne. They also admired that she was a role model for women in business. That includes her daughter, Audrey, who continues to run the award-winning business, Rynhart Fine Art Bronze.