By Siobhn Cronin CORK County Council proposes to cut in half the opening hours of two recycling centres in West Cork, according to a local community activist. 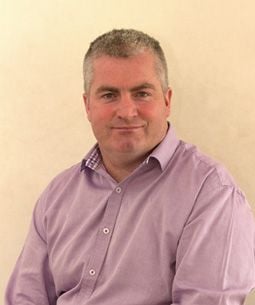 CORK County Council proposes to cut in half the opening hours of two recycling centres in West Cork, according to a local community activist.

According to Finbarr Harrington, chairman of the Cork County Community and Voluntary Forum, the cuts are due to start from February. They will involve recycling centres – known as ‘transfer stations’ – in Castletownbere and at Derryconnell, between Schull and Ballydehob.

Mr Harrington claims that opening hours will be curtailed to just two days per week and Saturday mornings.

‘These are key assets to our population and valued and utilised by the people of West Cork,’ he told The Southern Star.

‘These sites are a huge asset to communities but more importantly these are contributing to a greener environment as recycling is being facilitated, encouraged and essentially showcased by our Council,’ he added.

He said that limiting the opening times of these sites has the potential to damage many communities throughout the Mizen and Beara peninsulas. ‘Limiting hours and access will facilitate people to return to old environmentally hazardous habits such as illegal dumping and burning rubbish – but more importantly getting out of the positive habit of recycling.’

Mr Harrington claims the Castletownbere and Derryconnell sites are key services for the residents, holiday visitors and industries in the Mizen and Beara peninsulas.

‘Such a decision will curtail access to the vital facilities in rural West Cork.Rural communities are again being victimised,’ he continued.

He said he was calling on all elected members of Cork County Council to ‘stand up and be counted’ and to prevent this move.

At the time of going to press, there was no comment from Cork County Council.