A BANDON native has recalled how an Irish telephone operator helped make Christmas magical for her and other overseas aid workers who were thousands of miles from home during a humanitarian crisis.

Anne O’Mahony was a volunteer with Concern Worldwide helping refugees who fled the Khmer Rouge to Thailand on the Cambodian border during Christmas in 1982.

The seasoned humanitarian, who is today Concern’s director of international programmes overseeing aid work in 25 countries, hadn’t been able to speak to any loved ones at home since travelling there in April that year.

‘I hadn’t spoken to mam or dad since that day at Dublin Airport and this was in the days before mobile phones, before Skype and WhatsApp.’

Anne explained that making international phone calls at that time was ‘an exercise in patience’ and often ended in disappointment. 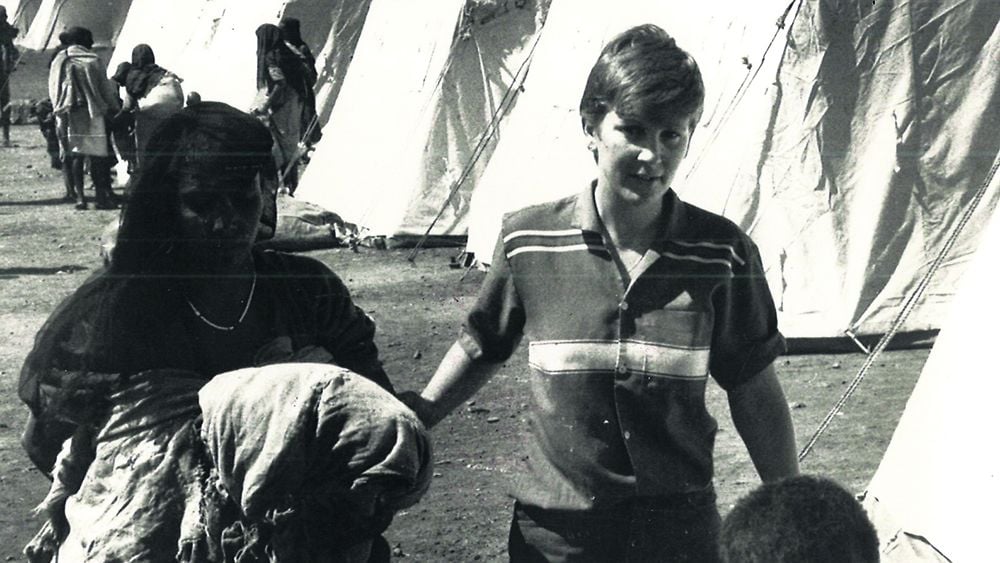 ‘You had to try and get through to the international operator and if you got that far they made contact with the Irish operator, who would patch the call through to the customer,’ she said.

‘It usually took hours and on that Christmas Day there were 33 of us, all Concern volunteers, from different parts of Ireland all trying to call home and all getting more anxious as time passed and no calls had yet gone through.

‘We had one phone between us. Three hours has passed and it was already dark when suddenly we heard the beautiful voice of an Irish operator.

‘She asked where we were and how many of us wanted to make a call and said “okay, give me your numbers and I will put you through, one by one.” It was magical. I spoke to my parents and four siblings. It was very special just to hear their voices and it made a treasured memory of my first Christmas overseas.’

Anne said they were not charged for the calls, which were very expensive in those days, and they also never got the name of the telephonist, who told them she couldn’t in case she got into trouble with her employer.

‘We never got to say thank you, but it was a kindness long remembered.’

Anne spent 26 Christmases overseas with Concern during her 37 years with the aid agency, which helps those worst affected by extreme poverty, hunger, conflict and climate related crises.

Concern asks people who want to support their work or to donate to visit Concern.net or to call 1850 410 510.