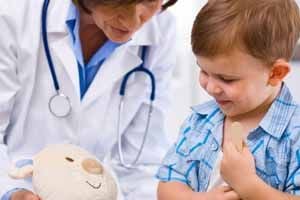 AS the ‘free GP care for under sixes’ scheme comes into effect this week, several more West Cork GPs have signed up to the scheme.

Despite a very poor take-up in this region by doctors initially, a total of 31 out of a possible 38 local practices are now committed to the scheme.

This is in marked contrast to the figures released in the middle of last month, which revealed that just 12 practices signed up in the first week – with not one GP initially signed up in the towns of Skibbereen, Clonakilty or Bandon.

But figures released by the HSE this week showed a significant improvement in support for the controversial scheme. This week, several more local GPs were added to the list of participating practices, including doctors in Goleen, Schull, Ballineen, Ballydehob and Rosscarbery.

This means that there is currently an 82% take-up of the scheme in West Cork – a major advance on the 32% of doctors participating two weeks ago.

From this week (July 1), all children under six will now be eligible for GP care free at the point of service.

They will also benefit from age-based assessments focused on health and wellbeing, identifying obesity and other problems early, and the prevention of disease.

The assessments will support the HSE in its efforts to prevent obesity in children and will be carried out once when a child is aged 2 and again at age 5, in accordance with an agreed protocol, according to the Department.

The service will include an agreed cycle of care for children diagnosed with asthma, under which GPs will carry out an annual review of each child where the doctor has diagnosed asthma.