It’s a feeling we can all relate to at the moment. There’s been a certain giddiness in the air ever since Micheál Martin did a hop, skip and a jump to the plinth last week to deliver his triumphant School’s Out For Summer routine.

It’s fair to say that he’s had a certain lightness to his step ever since narrowly avoiding Cahaya the urinating gibbon in Dublin Zoo a few days earlier.  The history books may well record it as the fork in the road for his premiership.

This giddy feeling is well earned for a largely compliant and bone-tired public, bursting for some social contact. Like many people, I have the tank filled and the car idling in neutral, ready to put the boot to the floor as soon as May 10th hits. Are we there yet? No. Not quite. But we’re so close now. Of course, this is also the most perilous time, and we recall a similar feeling in the air in the run-up to Christmas.

We all know where that got us and members of the cabinet must still have sleepless nights about what transpired afterwards.

Hence, talks of emergency brakes dampen the mood. A quick glance at the figures in Donegal is enough to send a shudder down your spine. Horrifying images coming in from India serve as a reminder that this war against an invisible enemy is not going to be over any time soon and that we’re going to have to find a way of sharing the burden with poorer nations, and fast.

But hope is the most precious of commodities. And here at least, let us hope that the ramping up of vaccinations and the focus on outdoor socialising will be enough to curb our old buddy R, and that there are no more surprises in the form of variants in the weeks and months ahead.

Politically, Tweedledum, Tweedledee and TweedleGreen are betting the house on the months ahead going to plan. The vaccine dividend isn’t just for those who have gotten their jabs you know, the government will need it in spades too. 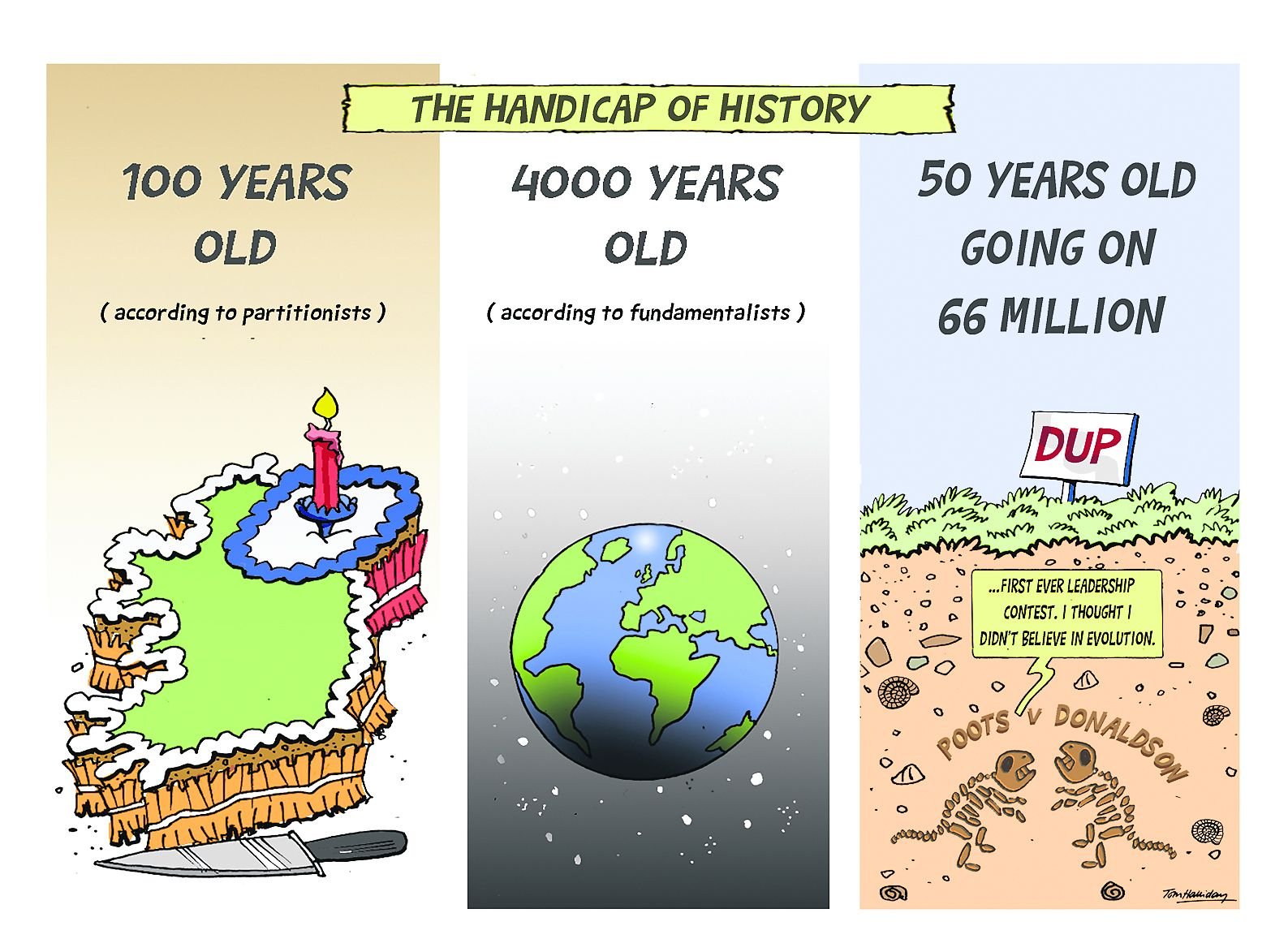 RESIGNATIONS were all the rage this week. Eoghan Murphy resigned from his job as Minister For Receiving Abuse on Twitter.

Meanwhile, North of the border, Arlene Foster resigned as First Minister and left the DUP. This happened only days before the hundredth birthday of the creation of the state of Northern Ireland, not something many nationalists will be popping champagne corks to celebrate, it’s fair to say.

Despite a carefully-worded statement by the Queen about Northern Ireland’s important place in the UK and some guff from Boris about their growing fintech industry (when his mind was surely on curtains), concern is growing about the political situation up North.

For many of us, the idea that the DUP could lurch any further to the right would seem to defy the laws of physics but that does appear to be on the cards.

Arlene’s successor is likely to come down to the marginally more moderate choice of Jeffrey Donaldson or the more Paisleyite, dinosaur-denying option of Agriculture Minister Edwin Poots, a character drawn straight from a Charles Dickens’ novel if ever I saw one. Some of his ultra-conservative views include banning blood donations from gay people, opposing LGBT adpotion and believing in young earth creationism, which posits that the Earth was formed in 4000 BC.

I don’t know about you, but all of a sudden the idea of a United Ireland seems like a lot less craic. It’s fair to say that officials in Dublin and Brussels will be watching nervously.

Having played rings around their DUP counterparts on Brexit, and having secured the Northern Ireland Protocol, there must be a genuine fear in Irish diplomatic circles that the DUP will take the ‘Michael Douglas in Falling Down’ course of action over the coming months.

I suppose, all we can do is wait and see how the story evolves, which is ironic considering Poot’s own views on evolution.

(Nope, he doesn’t believe in that either).

FINALLY, a slightly more positive thing to come out of Northern Ireland this week was the series finale of Line of Duty, which had a record 12.8m viewers in the UK and where the identity of ‘H’ was finally revealed.

If you haven’t been watching it, don’t worry, it was all a bit of an anticlimax, truth be told.

It was a great romp of a show over six seasons, though, featuring a joyously over-the-top Irish copper in the form of Adrian Dunbar (Supt Ted Hastings).

It just goes to show, in the age of streamers and video on demand, there’s still a place for prime time television as a huge, shared cultural moment. Now there’s something to unite all these islands.