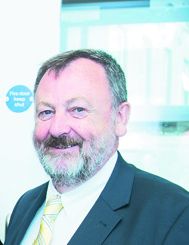 AFTER 30 years of service to Fianna Fail, Senator Denis O’Donovan has announced his surprise decision to withdraw his name from the selection convention.

The convention – which will be held in The Maritime Hotel in Bantry on Sunday, June 21st, will now have just four nominated candidates – two men: Alan Coleman and Patrick Gerard Murphy and two women: Margaret Murphy O’Mahony and Gillian Coughlan.

Fianna Fail headquarters has directed that the convention must select just one candidate – a policy that the senator agrees with because ‘running two would split the vote and make sure that we would not regain the seat.’

However, Fianna Fail is in difficulty in terms of the gender quota that is now enshrined in law: every party must run a minimum of 30% female candidates in all elections.

And with 24 selection conventions having already taken place throughout the country and just nine women selected, the figures, so far, fall well below the 30% required.

There are an estimated 16 more conventions to be held throughout the country – some of which have no female candidates seeking selection – so Cork South West is, according to Denis, ‘considered fortunate to have two able women from the town of Bandon looking to be on the Fianna Fail ticket.’

Speaking exclusively to The Southern Star, Denis (59) said: ‘This has been a major decision in my life, but having consulted widely with my friends and supporters, and more importantly with my immediate family, I have come to the decision that the party needs a new face in Cork South West.’

Ironically, Denis said the convention would be held exactly 30 years from the day he celebrated his first election victory – when he topped the poll in the former Schull electoral area and served as a councillor until 2003.

In that year, Denis had to relinquish his council seat to comply with the dual mandate legislation, which specified that an Oireachtas member could not hold a local authority seat.

In 2011, The Southern Star ran a front-page report in which Denis O’Donovan was described as ‘probably Ireland’s luckiest unlucky politician.’

The article referred to the fact that Denis tried and failed four times before he was first elected to the Dáil with a poll topping performance in 2002 – a victory that was followed with an unexpected defeat in 2007.

Denis, a solicitor, began his political career as a member of Cork County Council in 1985. In 1987, he had his first taste of defeat in a general election, followed, two years later, by yet another defeat.

On that occasion, Denis seemed doubly cursed because he also failed to secure a nomination to run for the Seanad in 1989, but the then Taoiseach Charles J Haughey chose him as one of his eleven nominees.

In the snap election of November 1992, Denis had his worst election ever, but he held out hope of being returned to the Seanad in the 1993 election.

When that failed to materialise, Denis decided to throw in the towel and he returned to his legal practice, while still serving as a member of Cork County Council.

He said he thought no more about entering national politics until 1997 when the then leader of the opposition, Bertie Ahern, begged him to run, thereby filling a vacuum in West Cork.

The short election campaign – which in reality meant he had sixteen canvassing days – was his fourth election and his fourth disappointment. He was, however, sufficiently encouraged to try once again for a Seanad seat and he was pleased when he was elected to the upper house.

When the next general election rolled round in 2002, he decided to stand for the fifth time. His poll-topping vote was a double delight: ‘It was like winning an All-Ireland medal and being chosen as an All-Star.