Local residents of Leap at the school gates to highlight the speed of motorists through the village since the roadworks were completed.

In March, fears that the resurfaced road through Leap had unwittingly been turned into a racetrack were voiced by locals who highlighted the issue in The Southern Star after seeing one ‘close call’ too many. The residents, especially the parents of children attending the local primary school and playschool, called on Cork County Council to take action.

Tánaiste Simon Coveney performed the official opening of Clonakilty Distillery’s state-of-the-art €10m state-of-the-art gin and whiskey making facility, which also houses a gin school and the Whale’s Tail bistro. The Tánaiste hit the nail on the head when he said: ‘This isn’t just about producing good quality whiskey, it’s also about the visitor experience.’

Two teen discos – one in Clonakilty and Bandon – were in the news after Judge James McNulty commended the organisers of these events for implementing recommendations to safeguard the young patrons. The judge’s recommendations were made after medics were previously forced to set up a field hospital to treat intoxicated teenagers.

Bags of dirty nappies were left in a beauty spot – just one of the many incidents of illegal dumping throughout West Cork that was highlighted by The Southern Star.

During March, Clonakilty twins Séan and Emma O’Sullivan were presented with bravery awards after managing to raise the alarm and get help for their granny, Ruth Clarke, who fell unconscious. The kids dialled the last two numbers on her phone and quickly found that help was on the way.

In Beara, community representatives voiced their concerns that a workshop to discuss the €7m development of the Dursey Island cable car was being held in Glengarriff – a two-hour round trip from where the work is to take place.

Local stakeholders made the point that they are the ones who would be most affected by the prosed works and their concerns were ultimately address by Cork County Council.

Special Olympic gold medal winner, Aoife McMahon, was given a huge welcome home in Clonakilty. Aoife was one of the first members of the town’s Special Olympics Club when it was set up in 2005, and everyone was delighted when she took gold in table tennis at the world games in Abu Dhabi.

Management at Clonakilty Lodge, West Cork’s only direct provision centre agreed to sit down with residents to address their concerns following a protest.

Residents at the centre, which accommodates 100 people, protested because they felt that one of their representatives should have had an opportunity to meet with the Minister of State for Equality, Immigration and Integration, David Stanton, during his visit to the direct provision centre.

TRIBUTES were paid to Michael Minihane who died at the start of the month at the age of 97. As a photographer, Michael ran a one-man media operation from his home at Bridge Street in Skibbereen and two of his five children, Denis and Anne both followed him into the photography business. 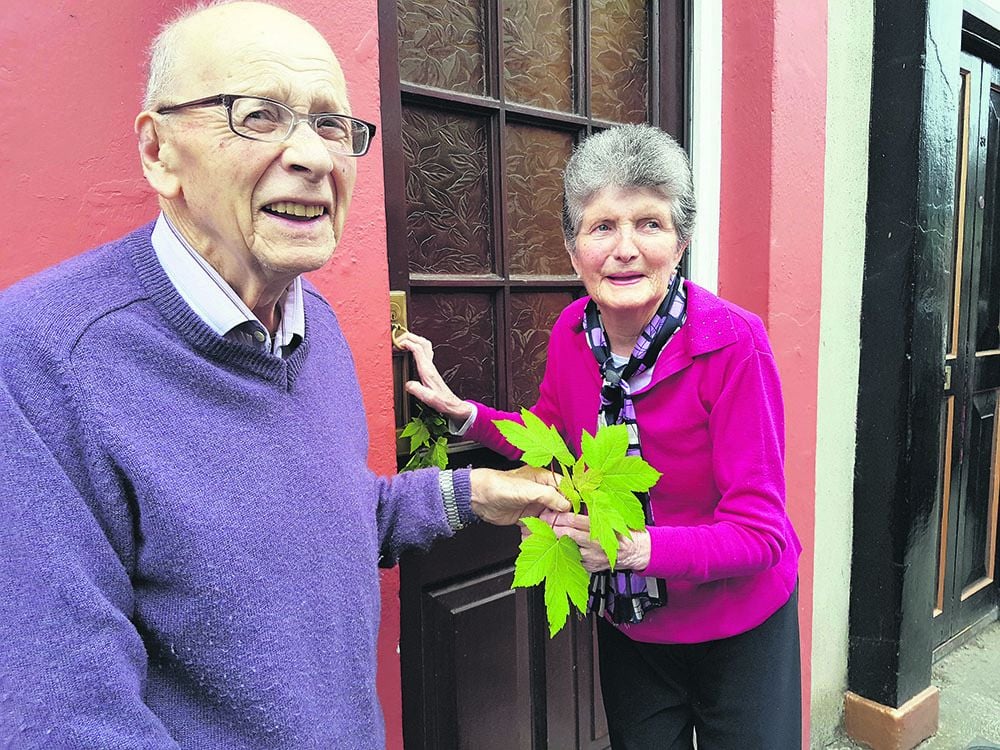 West Cork showed that it has talent as two Clonakilty girls were part of a troupe of 16 Ballincollig-based gymnasts called Rebel Acro, who made the final of Virgin Media One’s ‘Ireland’s Got Talent.’ Aisling Dooley (14) and Grace Lyons (16) are both students at the Sacred Heart Secondary School but they train with Ballincollig Gymnastics Club.

Meanwhile, Dunmanway-based councillor Declan Hurley said that the town’s public toilets had become a refuge for local homeless people. He said that he never thought he’s see the day when homelessness would be a concern in his own town. He said he was aware that a woman, for a time, used the toilets to take shelter and no sooner had her situation been remedied that a man in his 50s move in.

The issue of rising insurance costs for West Cork tourism related businesses was highlighted when the manager of the Clonakilty Park Hotel said that getting insurance for their adventure centre was proving difficult. Also Finbarr O’Mahony who runs the West Cork Secret said his insurance went from a manageable €7,000 to an astronomical €25,000.

Tributes were paid to the ‘Bowling Bishop’ Bishop of Cork & Ross Dr John Buckley who announced his retirement with Fianna Fáil leader Micheál Marin leading the tributes who said he will be sadly missed. Dublin-born Father Fintan Gavin (53) was announced as his successor who took over the role  later in the year.

In the Dail, Sinn Féin leader Mary Lou McDonald referenced a lead Southern Star story about patients being afraid to attend A&E at CUH. While questioning Taoiseach Leo Varadkar she cited two specific incidents reported in our paper that illustrated the extent of the problems in CUH, which had issued a ‘Status Black’ warning.

West Cork’s multi-million euro flood defences passed their first major test during April when 123ml of rain fell in 60 hours and most of the towns in the region escaped without damage. Traders and residents in parts of Skibbereen and Bandon had been bracing themselves following the issuing of a Status Orange rain warning.

Traders of Clonakilty Friday Market said their final farewells to their trading area outside O’Donovan’s Hotel. They decided to move their market to Emmet Square because the Kent Street car park was to close for up to six months to facilitate flood relief works.

Cllr Paul Hayes (SF) accused Norwegian Air of ‘taking their foot off the gas’ regarding US flights going out of Cork Airport. He was commenting on the fact that flights to and from Cork Airport were being re-routed through Dublin Airport on a temporary basis.

However, the airline confirmed later that summer that they would be discontinuing transatlantic flights between Ireland and North America.