Car of the week

I PREVIOUSLY wrote about Ford’s new Puma from just a launch day experience, which was by its nature limited. Then came coronavirus, and a planned normal stint with the car had to be postponed.

I wondered before I finally got it on my driveway last week would my initial positive impressions be retained? Yes they have.

Even more so, not least because the review car came in white, the colour in which it arguably looks its best.

In the blurred lines of the crossover-SUV genre, most makers push their designs towards the SUV end.

But for this Ford, that’s not the case. A sporty four-door coupé with good rear headroom is a closer fit, and gives the car really good presence in a paddock full of me-too styles.

The review car was in the ST-Line grade, which added a few stylistic flourishes of its own, at the front, under the doors, and in a more pronounced rear roof spoiler. But the basic Titanium version has all the style you’d need.

Though it doesn’t look it, thanks to being lower, the Puma slots above the EcoSport in the Ford range. The sleeker car is longer and wider, and also has substantially more boot capacity than either the small SUV or the Focus which is next up. I suspect the Puma might impinge on Focus sales. 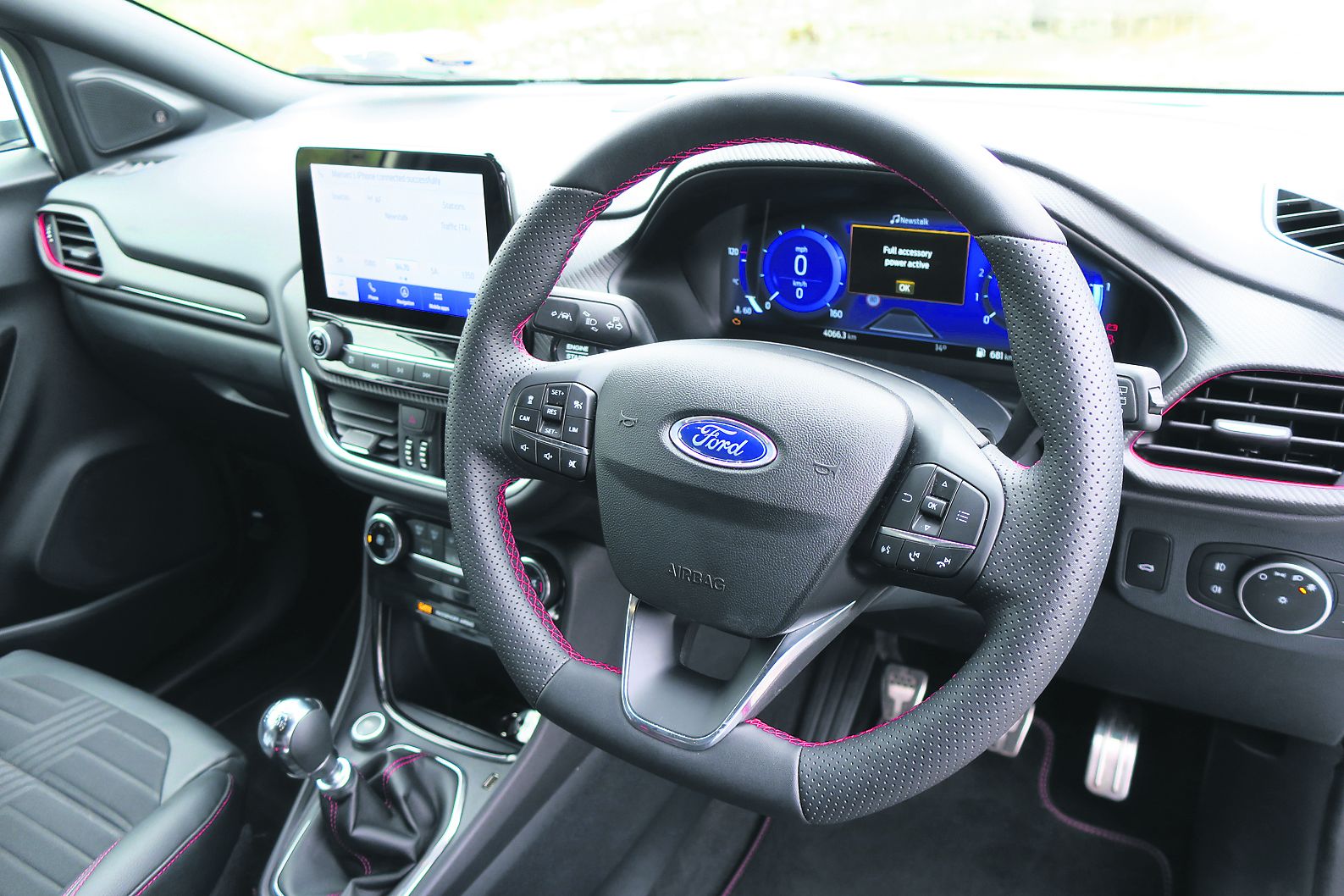 The centre screen does its infotainment thing with commendably big graphics and virtual buttons. Thankfully, Ford’s ergonomics people still believe the physical buttons and knobs underneath are best for climate control.

The inside of the new car has a satisfying level of quality — my grand-daughters recently moved from Australia were very impressed. For myself, I particularly like the evolution of the instrumentation, with advanced style and excellent clarity.

The centre screen does its infotainment thing with commendably big graphics and virtual buttons. Thankfully, Ford’s ergonomics people still believe the physical buttons and knobs underneath are best for climate control.

I have outlined before the differences in mild hybrid and other electrifications of powertrains. Just to remind, that the mild variant standard in the Puma simply regenerates braking energy into electricity to later aid acceleration or help power the car’s electric accessories. The engineers say this offers an even better return than does stop-start in traffic.

The core engine is Ford’s now-ubiquitous 1.0 EcoBoost three-pot, with a reputation and awards for excellence. For Puma, it comes with 125hp or 155hp versions.

It can be a quiet operation, or if you punch the pedal for a more zesty performance, it has the distinctive and likeable sound that a three-cylinder engine offers.

The six-speed manual, what can I say? These days, nobody makes bad or clunky transmissions. We just accept that they are going to be nice to work, and well matched to their engines. This is the case here.

Though taller than the Focus hatchback, playing with the Puma on some safe socially-distanced twisties showed the car to be as good on the road as it looks. As a general aside, we’re seeing from all carmakers now improvements in ride and handling that are a very far remove from even a decade or so ago. Some of that due to electronics, some to the more fine detail engineering now possible using computers.

I like Fords as a general rule. They do what they say on the tin, and usually a bit more. The current range is good, very good.

The Puma isn’t going to let the brand down.

In fact, for me, it is already enhancing the blue oval more than I expected it to.