Minister for the Marine Simon Coveney has called for trade sanctions against Iceland and the Faroe Islands. 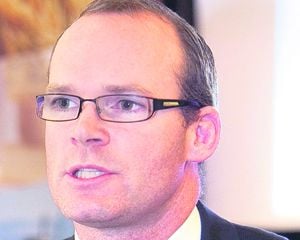 ENVIRONMENTAL groups, Save Bantry Bay and Friends of the Irish Environment, have welcomed the publication of a five-year study funded by the European Commission that has called for technical standards and regular inspections of fish farms to be put in place.

Their concern peaked after an estimated 230,000 farmed fish escaped from their cages into Bantry Bay during the February 2014 storms. Friends of the Irish Environment have appealed to the High Court for the release of a report examining the loss of the farmed salmon but the Minister for Agriculture, Food and the Marine, Simon Coveney, refused to release the engineering division report claiming it was an ‘internal document’ whose release would ‘not serve public interest.’

Following the publication of the EU-backed study, entitled ‘Prevent Escape’ – which involved 11 partners from Norway, Greece, Spain, Malta, Scotland and Ireland – both organisations called on the minister to implement the proposed standards and inspections in Ireland.

After assessing the causes and developing measures to prevent the escape of fish from sea cage aquaculture, the study revealed that the introduction of standards for fish farm installations in Norway in 2006 halved the number of escapes over the next four years in spite of production increasing by 50%.

Minister Coveney recently told the Oireachtas in a written parliamentary reply to Clare Daly, TD, that while he believed that the current inspection regime is satisfactory, his department was ‘alert to ongoing technological changes which enhance the security of all structures on licensed sites and, in this regard, my department is currently preparing a draft protocol for the structural design of marine finfish farms'.