Janet's car as it ended up in the estuary

A woman who was on a 'mission of mercy' found her car in the estuary at Courtmacsherry after encountering a bizarre little snowstorm. 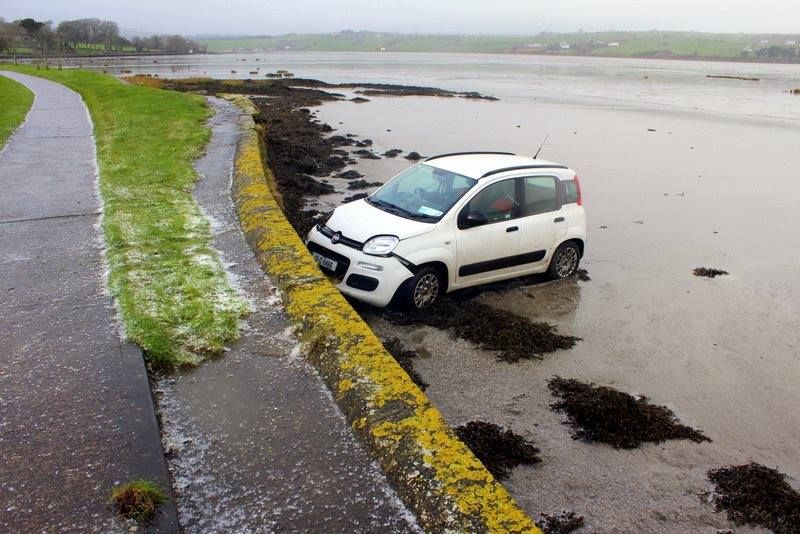 Janet's car as it ended up in the estuary

A WOMAN who was on a mission of mercy found her car in the estuary at Courtmacsherry after encountering a bizarre little snowstorm.

Janet Paterson, who is originally from South Africa, but has been living in Courtmacsherry for two years, was driving to Timoleague shortly after 1pm on Tuesday last to replace a poster about a dog that had been found in the area when it started to snow.

‘I wasn’t speeding, but the next thing I knew I was in the middle of this bizarre little snowstorm and the car was spinning,’ said Janet. ‘I might have hit some ice, and I knew not to jam on the brakes but to pump them instead.

‘I was lucky I did because I ended up with the back of my Fiat Panda going over the wall of the estuary instead of the nose. I wasn’t injured but I did get a hell of a fright.’ 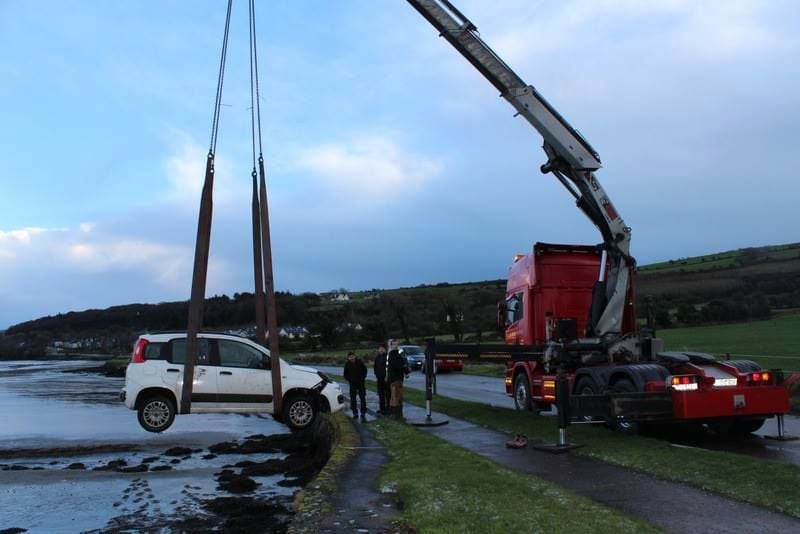 Janet's car being rescued by a crane

‘Thankfully the water was low,’ said Janet who was mid-calf in mud when she got out of the vehicle. By then her adrenaline levels were at max and she scrambled back up the wall. ‘I don’t know how I did that,’ she said, ‘because it is 6ft and I am not.’

A good Samaritan passing motorist that Janet said she only knows as ‘Kieran’ stopped and brought her home, a few minutes back up the road. ‘I wish I had his surname because he was fantastic,’ she said.

In no time at all the insurance company arranged for her car to be lifted by crane from the estuary. Janet said she wasn’t hurt in the accident but her Panda is looking pretty bashed.

Members of the West Cork Animal Welfare Group, the organisation that Janet was helping on the day, have described her as a ‘hero’, and she, in turn, described them ‘a fantastic group of people.’