While most of us were enjoying our Christmas holidays, dedicated members of the Army’s reserve force from West Cork  gave up their free time to join the country’s busy contact tracing teams

WHILE many of us were still in the throes of celebrating Christmas, a group of Army Reserve personnel from F Company of the 12th infantry battalion – which has its HQ in Skibbereen – gave up their holiday time to help with contact tracing in the battle against Covid-19.

They volunteered to participate in contact tracing at the HSE National site at Collins Barracks in Cork city, which was specifically for defence force personnel to act as a surge capacity after the Christmas period. 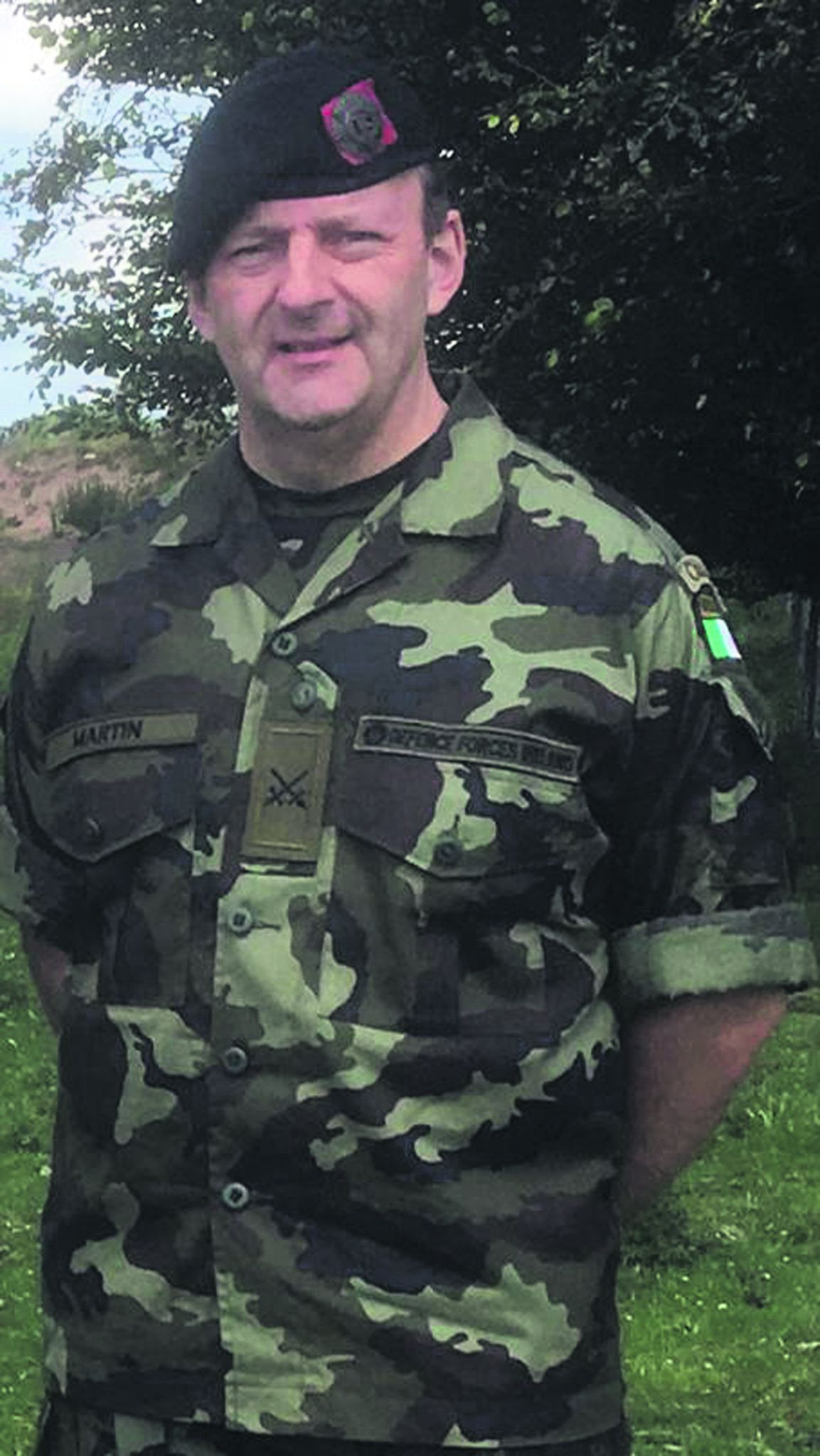 Comdt Tommy Martin, Officer Commanding (OC) of the F Company of the 12th infantry battalion said that six of their personnel underwent both army and HSE training before commencing work at Collins Barracks on December 27th.

‘We were in addition to the people already working there. We had three elements to our work, firstly contacting close contacts, then contacting those who have tested positive and in some instances we were the people breaking that news to them and thirdly we were advising people about self-isolating  and practical things,’ said Comdt Martin, who said he and his team found the work quite rewarding and that they were making a contribution.

‘It was like a call centre in one respect as people worked in small groups and you had your own phone. Shifts were typically five hours and you are constantly busy and making phone calls. It was very well organised and you kept away from others and you operated in your own bubble.’ 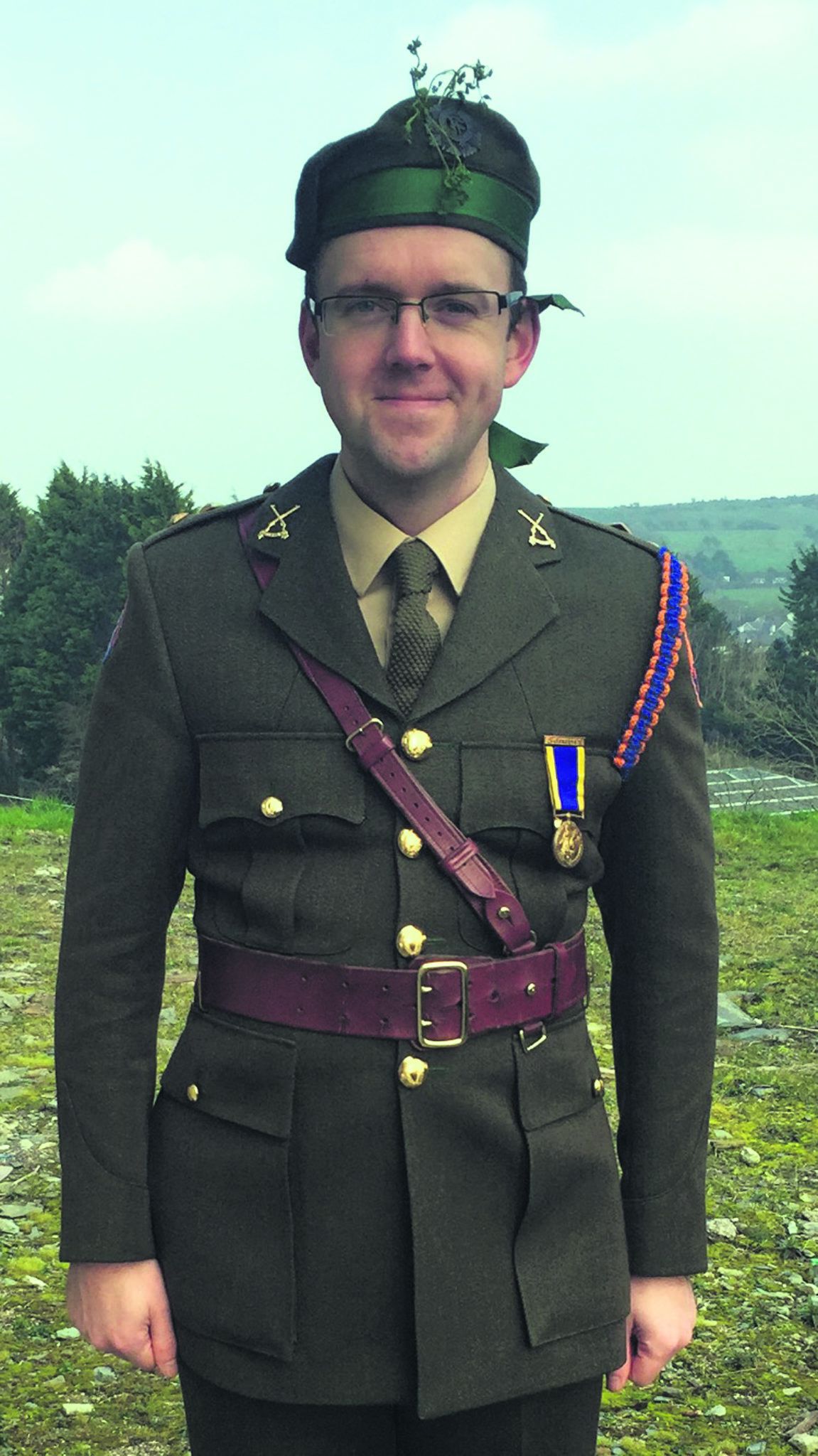 Clonakilty dad of three, Lt Peter Allis – who has been a member of the Army Reserve (formerly the FCA) since he was 17-years-old – and whose late father Jim was a well-known garda in the town, said it was a honour to volunteer to help out in the fight against Covid.

‘I’ve an accommodating wife, Ruth, who understood that I wanted to help even though it was during Christmas,’ Peter quipped.

‘It was a great experience and we got the relevant training and the Army band were there before us so we mimicked them and they sat with us for the first couple of days. We were called in to help them out because it was around the time of the surge in late December.’ Peter and his colleagues started off ringing close contacts and putting them forward for testing.

‘However, the numbers escalated and it was no longer feasible to do that so we changed to contacting individuals who were Covid-19 positive. To be fair 99.9% of people were very positive when we spoke to them and they understood we were ringing them for the good of their health and the health of everyone else. ‘

‘It was intense as you were on the phones and you had to be mindful too that some people may be receiving bad news. It was great to help and I would do it again if they need us.’

Cpl Gavin Collins from Enniskeane was also on the team and said that because it was a long Christmas, he was glad to give something back having been in the FCA and now the Army Reserve for almost 22 years.

‘It was my small way of contributing to the fight against Covid and I got clearance from my employers to volunteer. It certainly gave me a bigger appreciation of how big this set up is and we were only the tip of the iceberg in the whole aspect of tracing cases,’ said the father of two.

‘It was tough alright but I was happy to do it and a lot of people I rang were very accepting. Obviously some people didn’t want to talk to me while others were expecting the call and others were seeking advice but we were well prepped by the army and HSE.’

Cpl Collins said it was a ‘fantastic’ experience and he has no problem doing it again if the need arises.

‘When we wear the uniform, we have the same responsibilites’

‘The big change really was that we became much more integrated with the full time army and prior to that we were doing our own thing and our own training,’ said Cmdt Tommy Martin.

‘We are lot busier and reservists have been busy transporting patients without transport for Covid testing and obviously contact tracing as well.

‘There are reserves all over the country and not just in West Cork helping out any way they can. The contact tracing was definitely new for us.

‘The single force concept means that we both operate together when there is a need for both and we augment the full time side of the house. While we are volunteers and part-time we would have the same rank structure as the full time force and so when we wear the uniform, we have the same responsibilities.’ Cmdt Martin also highlighted the fact that they are always recruiting new members and are also keen to have more females within their ranks in West Cork, with just less than 10 women in the Army Reserve.

‘People find it rewarding and there’s a long tradition of soldiering in West Cork and obviously we’re keen to seen it continue.’

Army Reserve personnel have also assisted in patient transfer in Cork and Kerry and medical officers in the Army Reserve are involved now in the administration of vaccines as part of the National rollout in Kildare and Dublin.

• For more info and details on recruitment see www.military.ie