Ian with the grateful villagers who arrived on the scene to give him a ‘dig out.’

A KINSALE cinematographer and director, who came to the rescue of a camel stuck in quicksand in Dubai, ended up being offered a goat by its owners as sign of gratitude.

Ian Murphy, who has been living in Dubai for the past 10 years, said it was a unique situation that he and his partner, Christine Wilson found themselves in when they came to the rescue of the camel, while showing Christine’s cousin around Dubai. 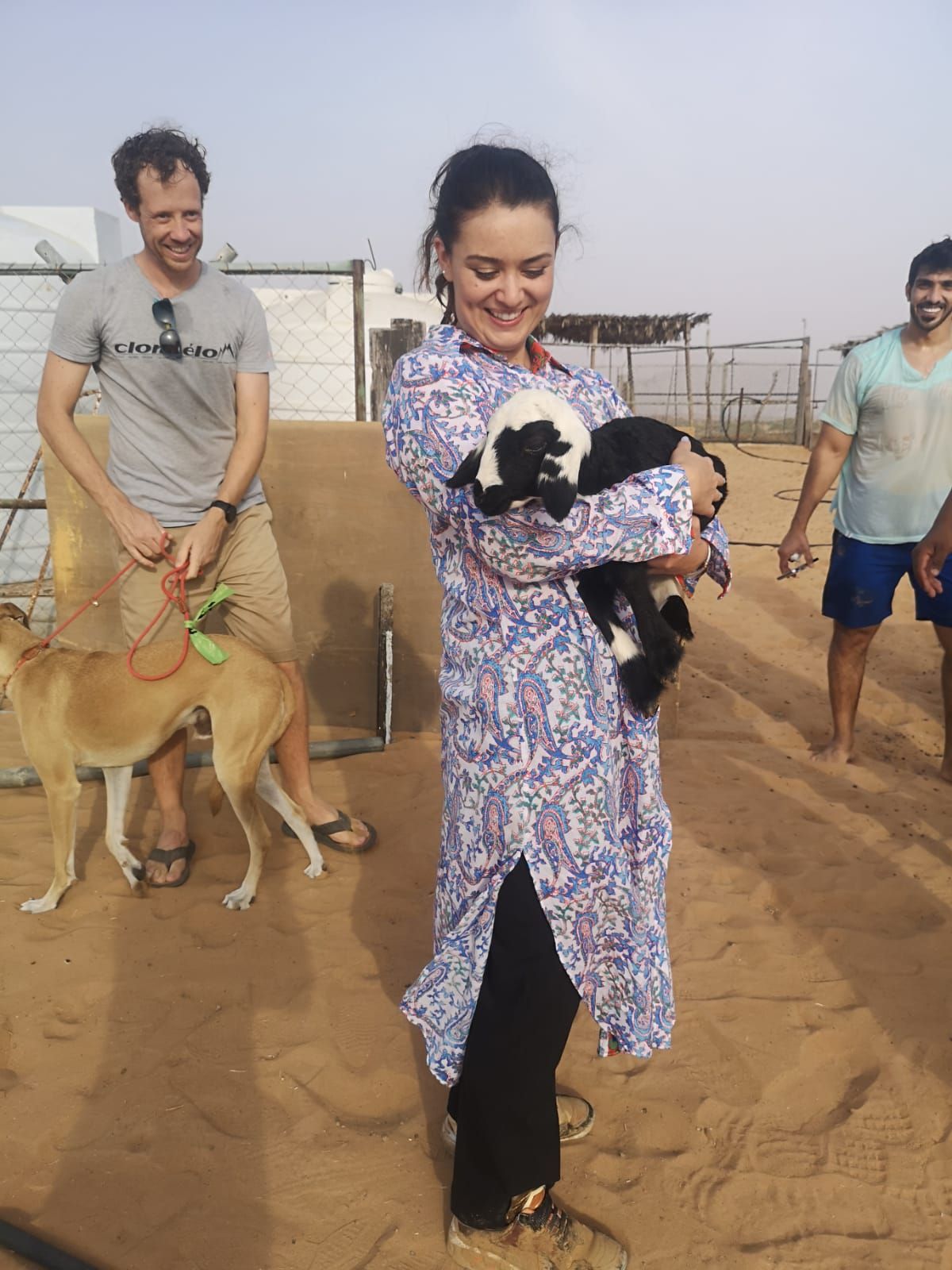 Giddy goats: Ian and Christine with the ‘thank you’ gift they couldn’t accept.

‘The impact of the video we made has been amazing and to see it travelling all over the world and to receive so much goodwill from people has been quite remarkable,’ Ian told  The Southern Star.

Ian said they had seen the camel from their car and knew something wasn’t right.

‘It was a female camel and she was clearly stuck in the sand. I used the shovel that I always have in my car to start digging out the sand. There was no one around so I just thought I’d be able to get her out fairly fast.’

However, Ian realised it would be a bigger task than he originally thought and with temperatures reaching 37 degrees, he knew he would need extra help. 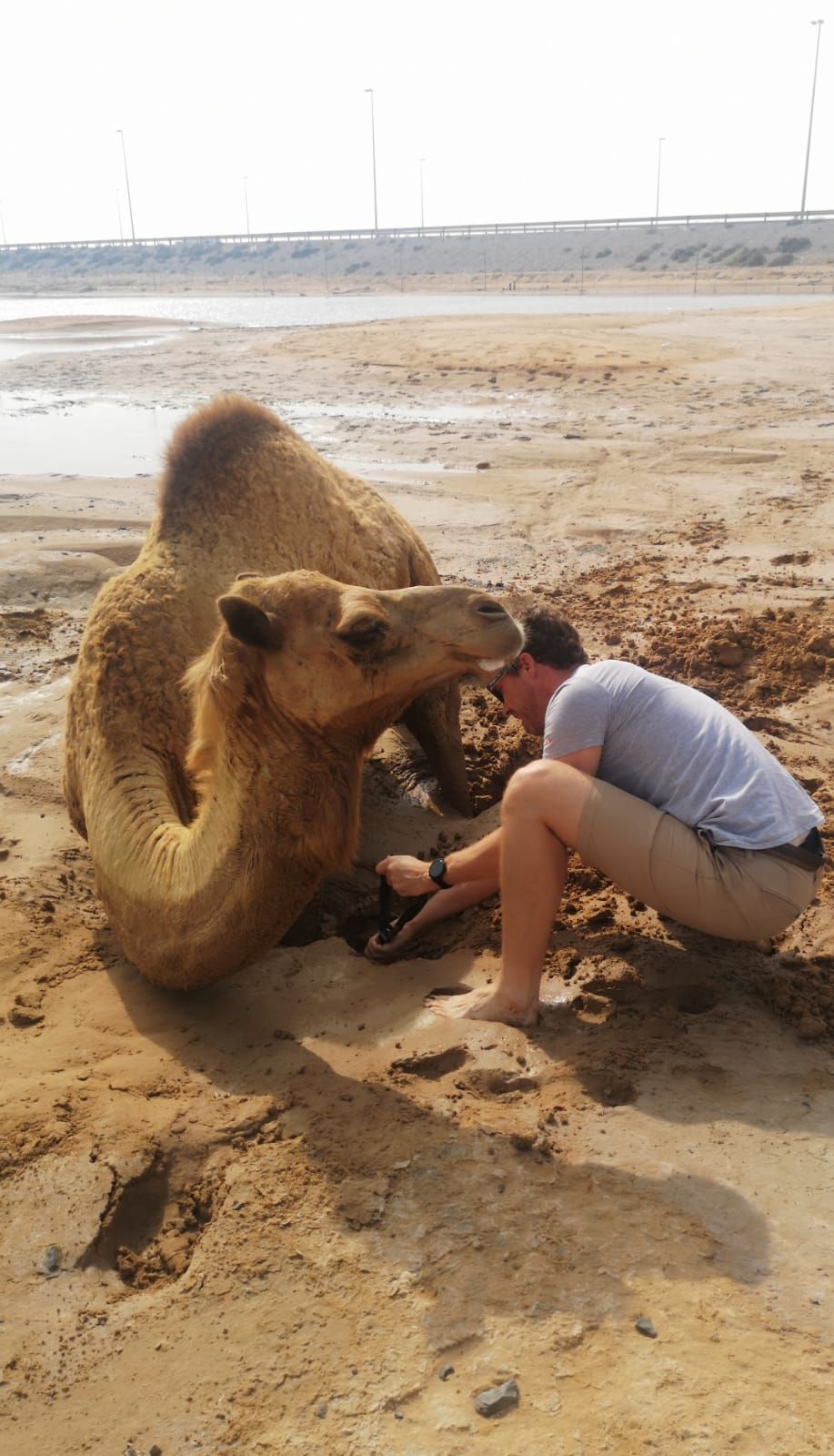 ‘I was covered in sand and the sweat was falling into my eyes so it was getting difficult as I only had the one shovel and it involved an awful lot of digging to try and get at her four legs. About 40 minutes into it two other men arrived out of nowhere to help me.’

‘It was like the whole village coming out to help with the dig and we needed every one of them in the end. She couldn’t move her legs either when we got her out so she needed time to adjust. She eventually got up and strolled off into the sunset after being stuck there for almost six hours.’

As a sign of gratitude Ian, Christine and her cousin were invited back to the compound by the men, where they were presented with a goat. Needless to say, they were unable to accept it but were very grateful of the offer.

Media agency Storyful got in touch about the video which Christine had posted on her Instagram account and because of that the video went global, said Ian.

Meanwhile, Ian hopes to shoot his own film, Ginger Jesus in Cork next year and is currently in Cannes seeking interest from film production companies.