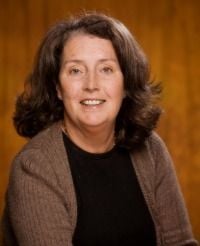 KINSALE-based author and journalist Alannah Hopkin will present the story of a remarkable Cork woman Ethel Boole as part of this year’s Mother Jones festival in Cork.

The festival honours the life of Mary Harris, who was born in Cork in 1837, and went on to become a major union leader in the US.

As part of the festival, a number of guest speakers will address the audience including campaigner Fr Peter McVerry and author and journalist Chris Mullin.

The fascinating life of Ethel, otherwise known as Ethel Lilian Voynich or ELV, will be recalled at the Maldron Hotel on Thursday July 30th at 2pm.

Ethel Lilian Boole was born at Lichfield Cottage in Ballintemple on May 11th 1864 and baptised on May 31st at the nearby St Michael’s Church on Church Road. Just over six months later, her father mathematician George Boole, died in Lichfield on December 8th. Her mother Mary Everest took her and her four sisters to London where she grew up, but came and went to Ireland. She became deeply immersed in Russian politics and travelled clandestinely to Russia in 1894. It is claimed she had a brief and passionate love affair with Sydney Reilly (Sigmund Rosenblum) whose incredible life story is described in Ace of Spies, written by Robin Bruce Lockhart in 1967. Following her return from Florence to London she wrote her famous novel The Gadfly.

Alannah Hopkin will tell the story of Lily Boole ‘From Lily Boole to EL Voynich, the making of the author of The Gadfly’ at the Maldron Hotel.