‘We only live in Nohoval, but it’s our first time back here to the playground in about three months. Of course, I had a few reservations at the start about whether to bring the kids here or not. We’ve been out a few times since restrictions eased but you’d still be a bit on edge, which is a bit sad really. But you have to start somewhere, and children need to get out and about so playing outdoors in the playground is perfect and we just bring our own hand sanitiser. It’s great because the lack of children around during everything was devastating really. They just want to feel normal again and we all want to get back to enjoying life again.’

‘Now that we can travel around the county again we came down to Kinsale to go to the playground and have a day out. This playground is great because the one closer to our home in Ballincollig is packed and this is just a bit quieter. We wouldn’t come down on the weekend because I would imagine it would be a lot busier then but look, we’ve been in and out of about five shops at this stage and sanitise our hands before and after. We’re sanitised out at this stage but still washing the hands the whole time just in case. I mean you come in the gate and you’re afraid to touch anything at first but I suppose we’re doing it everywhere, shops and so on, and it’s worth it to have the kids out playing again. It’s brilliant. There’s only so much playing in the back garden they can do.’ 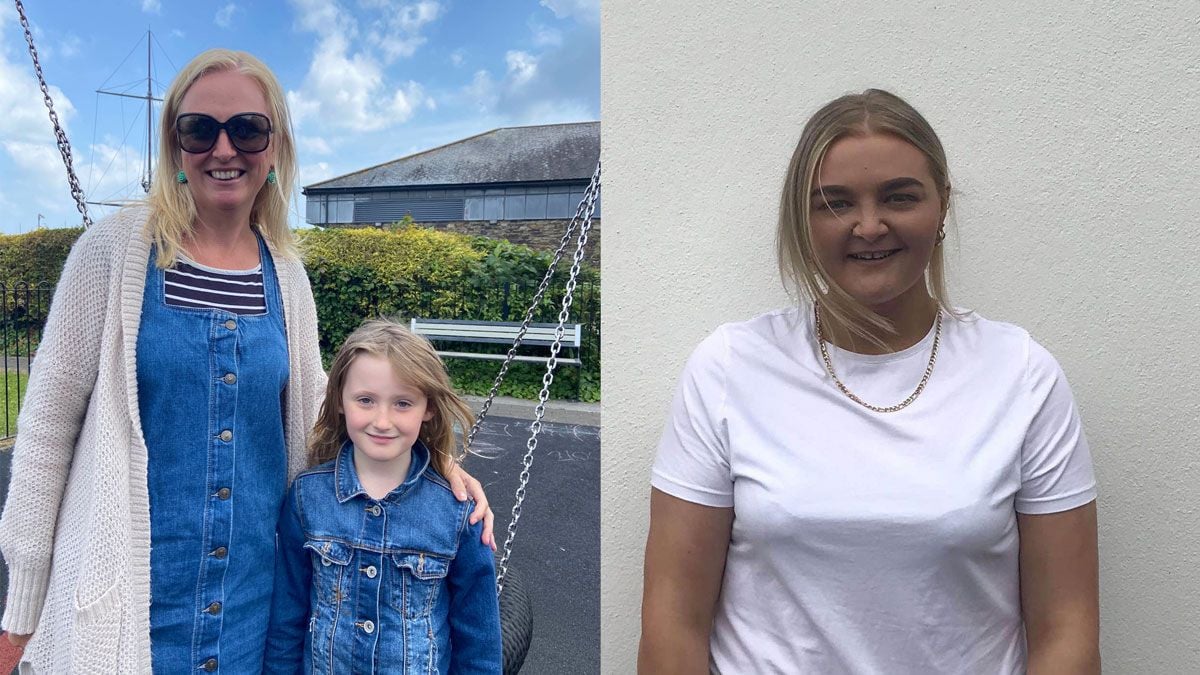 ‘It’s fantastic, the children are so excited to be back playing and the parents are relieved too. It’s been tough, especially for kids who might not have siblings their age, but at least now they can meet up with their friends at the playground again. We’re actually coming back again to have a little playground party with a few friends and let the kids have a small reunion. It’s just hard to keep kids away from each other and keep up the social distancing, they don’t understand and it’s not natural to them. It’ll be interesting to see how this will affect them in the long run. We have been lucky here in Kinsale though, we’ve been doing trips to James Fort and The Dock and the ‘Kinsale Rocks’ have been great for her to play with. But there’s no comparison to the social aspect of playing outside with other kids.

We have our hand sanitiser for before and after we come in and then the hands are washed straight away once we’re home so we feel safe enough. It’s up to everyone to take responsibility for their own families I suppose.’

‘Children have definitely been hit the hardest by the lockdown, having to stay indoors, and I think for a lot of them that don’t have a garden or outdoor space to play at home it was really tough not having that space to just relax and have fun. I think children are aware of the limitations of the virus, and they’re starting to associate public areas as a scary daunting place where they’re not really welcome at the moment. We’re lucky here, I’ve been able to take the kids for walks when I have them and play on the beach and in the woods out in Garrettstown.

Before the restrictions eased a bit I wouldn’t have thought bringing the kids to the playground was a great idea, but they’re just getting sick of being indoors and my views on it have changed. We sanitise when we get to the playground and straight away after and they try to distance themselves from the other kids so I feel we are doing the best we can to stop any transmissions of anything. I think if people are taking the right precautions entering and leaving the playground, and are being supervised by a parent, then hopefully we’ll be ok. It would be great if the Council could organise a hand sanitising facility at the gate, I think it would put a lot of us at ease, but hopefully for now people will just take it into their own hands to try to keep this a safe space.’

• Cork County Council wishes to remind members of the public to maintain social distancing standards while in playgrounds and to ensure children are being supervised by a parent or guardian at all times. Parents and guardians should bring their own hand sanitiser to the playgrounds and remind children to avoid touching their faces. Since June 11th, all playgrounds in the Bandon, Kinsale, Clonakilty, Skibbereen, Drimoleague and Bantry areas are open.