Katherine, who is from a farming background, is regarded as 'one to watch' in the world of distilling.

Producing top quality whiskey that's exported all over the world is something Ireland is renowned for, and now a West Cork woman has landed a top job to make sure we enhance that reputation

A YOUNG West Cork woman is playing a leading role in making sure Jameson holds its title as the world’s bestselling Irish whiskey.

Katherine Condon from Ballinascarthy has just been appointed to the prestigious position of distiller at Midleton Distillery, and is described by her peers as a ‘rising star in the world of distilling.’

The 28-year-old says she’s not only determined to maintain the quality of Irish Distiller’s globally known brands, but is excited to push the boundaries of Irish whiskey and tap into the global renaissance it’s enjoying.

A chemical engineer and UCC graduate, Katherine joined Irish Distillers in 2014 as part of the Graduate Distiller Programme.

The company employ over 240 in Cork, and its portfolio includes Jameson, Powers, Red Breast, the Spot Range, Midelton Range, and the relatively new Method and Madness range.

The Method and Madness range was something Katherine was involved in developing when she was appointed distiller at Midelton’s Micro Distillery, Irish Distillers’ hub for innovation and experimentation with new distillate styles.

It's where, she says, they ‘harness the creativity of the masters, with the fresh ideas of the apprentices who question or challenge why certain things are done.’

Traditionally Jameson is finished in bourbon barrels from America and sherry casks from Jerez in Spain, but the Method and Madness brand finishes whiskeys in French chestnut and limousin oak. The new products are going down well with consumers.

‘The range really piqued the interest in spirits all over the world. It’s about pushing the boundaries of Irish whiskey,’ said Katherine.

Tasting all distillates daily, in her new role she will oversee the quality of all new pot and grain distillates produced at Midleton, to ensure the correct balance of flavours are present, before being matured and bottled.

Her role is also highly sensory and she spends a lot of time doing what’s called ‘nosing’ - where you assess the different blends and expressions and ultimately pass or reject a spirit.

‘It’s not something you learn from a book, at 28 I’m still learning and developing my palate,’ she says.

Katherine, who was awarded “The Worshipful Company of Distillers Award” in 2018 and 2019, says she really appreciates the tradition and history Irish Distillers is steeped in, and feels blessed to ‘be standing on the shoulders of giants.’ 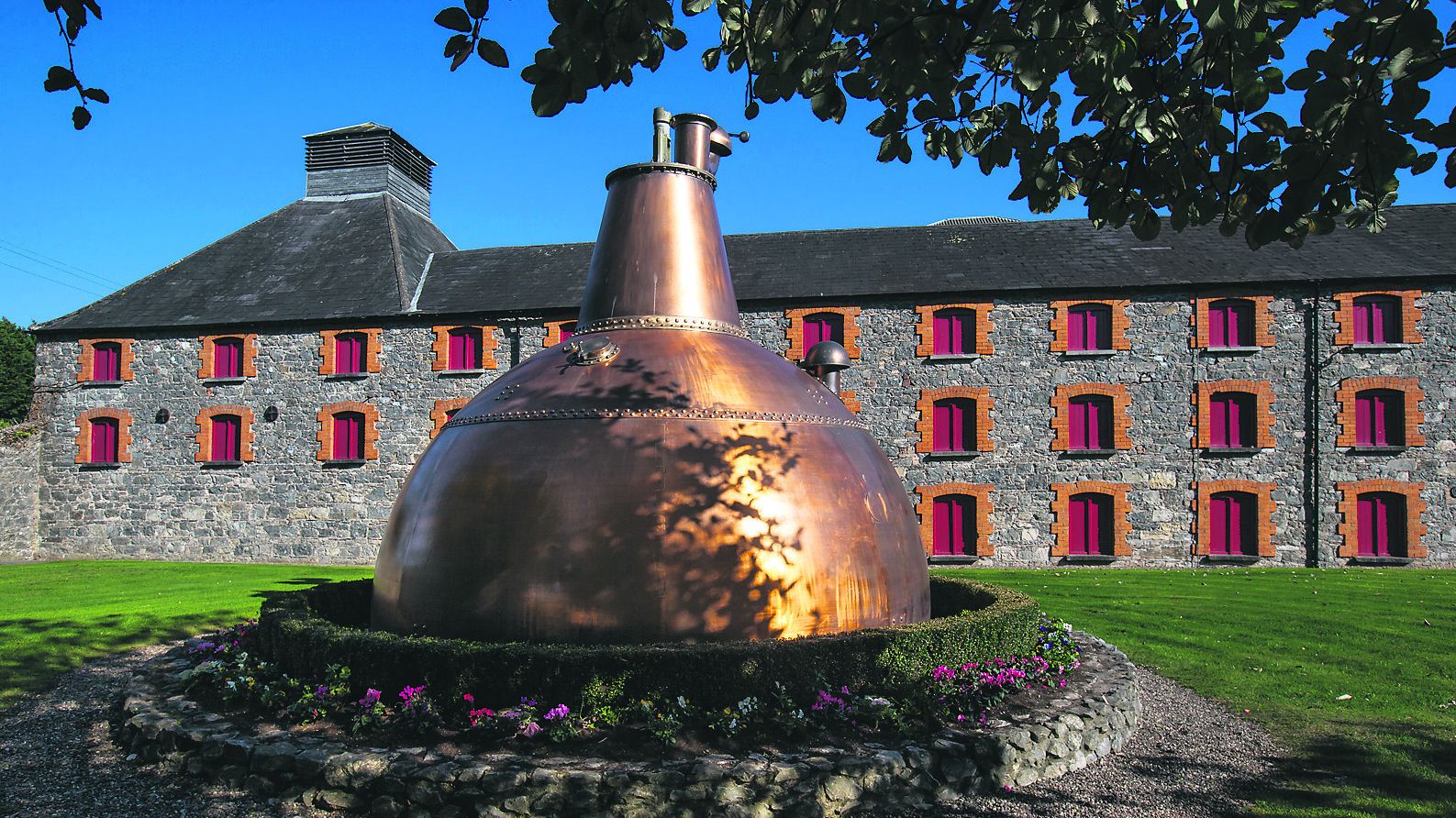 The historic Midleton Distillery where Jameson, Midleton Very Rare and Powers are made.

‘This role represents a time-honoured craft and it has been a privilege to learn about the art and science of distilling from icons of world whiskey like Brian Nation and Kevin O’Gorman.

'I look forward to using the wisdom and experience I have inherited to continue their legacy of quality, while driving innovation as I continue my career in Midleton. I am incredibly excited about the future of Irish whiskey and the role I can play in it.’

She’s engaged to Timoleague man Padraig Butler, and depending on the global pandemic, the couple  hope to tie the knot next year.

Picking her favourite whiskey, she says, is almost impossible and depends on things like the mood, atmosphere etc.

‘If I was having a drink with my dad, it might be a whiskey neat, or if I was out with friends it could be a whiskey cocktail – there are so many different ways to enjoy it.’

Kevin O’Gorman, Master Distiller at Midleton Distillery, said: ‘Katherine has consistently demonstrated a passion and exceptional skillset for the art of distillation.

'Her inquisitive nature and constant pursuit of excellence has made her one of the rising stars of world distilling and we are delighted to announce her appointment as Distiller at Midleton Distillery.

'I look forward to continuing to with work with her as she joins a lineage of the great Distillers who have gone before her.’

Katherine added: ‘This is more than just work for me – whiskey is my passion.’

Distilling down the facts and figures

IRISH Distillers is a subsidiary of the French drinks conglomerate Pernod Ricard. It is the largest distiller of Irish whiskey, distilling popular brands such as Jameson and Powers, in addition to premium whiskeys such as Redbreast and Midleton Very Rare.

Jameson, is in fact, the world’s bestselling Irish whiskey, experiencing 30 years of consecutive growth and hitting sales of eight million cases in 2019. By law, a whiskey can only be called Irish whiskey if its matured for three years in a barrel, Jameson is generally aged for around four and a half to five.

Their brands are exported to over 130 markets, with over 70 of those experiencing double or triple-digit growth. Irish Distillers was formed in 1966, when a merger took place between John Power & Son, John Jameson & Son and Cork Distilleries Company. In 1988 Irish Distillers joined Pernod Ricard, gaining access to unprecedented levels of investment and an extensive global distribution network. Since 2012, there’s been investment of €400m to double their production and bottling capacity to meet global demand for our products. Irish Distillers employs 240 people across their operations in Midleton Distillery and their Dungourney maturation site.