By Brian Moore and Siobhan Cronin AN emergency motion calling on Irish Water to proceed with the main drainage in Bandon was passed by Cork County Council this week. 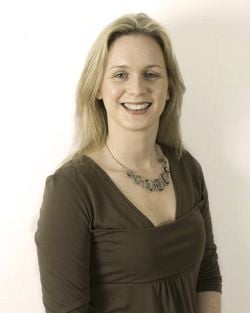 By Brian Moore and Siobhan Cronin

AN emergency motion calling on Irish Water to proceed with the main drainage in Bandon was passed by Cork County Council this week.

The motion was introduced by the town’s Sinn Féin Cllr Rachel McCarthy, following news last week Irish Water are going to redraw their plans. The scheme has been plagued with delays and councillors have been calling for it to be completed over many years.

Speaking after Monday’s meeting at County Hall, Cllr McCarthy said: ‘This scheme is a vital piece of infrastructure which was promised to Bandon to cater for the existing need and to accommodate future development in the town. Since Irish Water now own the water/sewage infrastructure of the country, they have decided to renege on the project due to cost. This is not good enough for the people of Bandon.’

She added: ‘Myself and my fellow councillors from the Bandon/Kinsale area are calling on the Minister to intervene on behalf of the community in Bandon, both business and residential, to instruct Irish Water to proceed with the scheme as designed and committed to before it was formed. This is the least we deserve,’ she said.

Cllr McCarthy also called on Cork County Council to immediately ensure that the roads in Bandon would be resurfaced and repaired.

‘To be honest I was very disappointed with the response that I and my fellow councillors received,’ she said, referring to repeated pleas to have the roads addressed. ‘Saying my motion was premature after I had being calling for the road surfaces to be addressed for the past two years was an unsatisfactory answer. We have no clue when the scheme will now happen and this is not good enough,’ Cllr McCarthy continued.

Cllr James O’Donovan (FG) likened many streets and roads in Bandon to ‘Beirut’.

‘This is totally unacceptable, Irish Water is holding this town to ransom,’ Cllr O’Donovan said.

Mayor of County Cork, Cllr Alan Coleman (FF) said that he was informed that a contractor would be appointed shortly to patch up some of the streets in Bandon.

Speaking at last Friday’s meeting in Kinsale of the Bandon-Kinsale area members, Cllr McCarthy added that she had ‘no faith’ in Irish Water at this point.

Referring to the state of the roads, she said she drives up Main Street in Bandon ‘about ten times a day’ and the potholes are terrible. Cllr Margaret Murphy O’Mahony backed her up, saying the state of the roads in the town ‘wouldn’t encourage anyone to stop there’. She added: ‘It’s grand for people to say there is a delay, but it’s been delay after delay, after delay.’

Cllr James O’Donovan also added his annoyance. ‘The potholes are just cat,’ he said. ‘It is pothole after pothole. We need to get answers.’

Cllr Kevin Murphy said it was a ‘nightmare’ now to drive through the town in ‘any kind of a decent car’ and he wondered if even a ‘temporary surface’ could be put down for now.

He said there was subsidence on Main Street and the people of Bandon couldn’t wait another 15 months for the other projects to be finished.

But Area Engineer Charlie McCarthy reprimanded the councillors, saying they shouldn’t be implying that Bandon was ‘like Syria’.

‘Bandon needs to be very careful about giving out the message that every road in the town is in an awful state. If that message goes out, it will close Bandon down,’ he said. He added that he would be talking to contractors the following week about working on the roads.

But he added a caution: ‘We don’t have an enormous pot of money’, and he claimed that some rural roads in the same area would have to be sacrificed if all of the town’s streets were to be addressed.

‘People can see for themselves they are in a bad condition,’ pleaded Cllr Murphy O’Mahony. ‘And they need to be fixed.’

‘Yes, but we need to do it realistically,’ the engineer told her. ‘Budgets are very limited.’

The delay of the Bandon Flood Relief Scheme was raised in the Dáil by Cork South West TD Michael McCarthy this week.

‘The community, local residents, local businesses, rate payers and so on should not have to wait and suffer the consequences as a result of inaction and legal wrangling. The OPW must take this threat of flooding seriously and it must do everything possible to bring about a solution,’ he said.